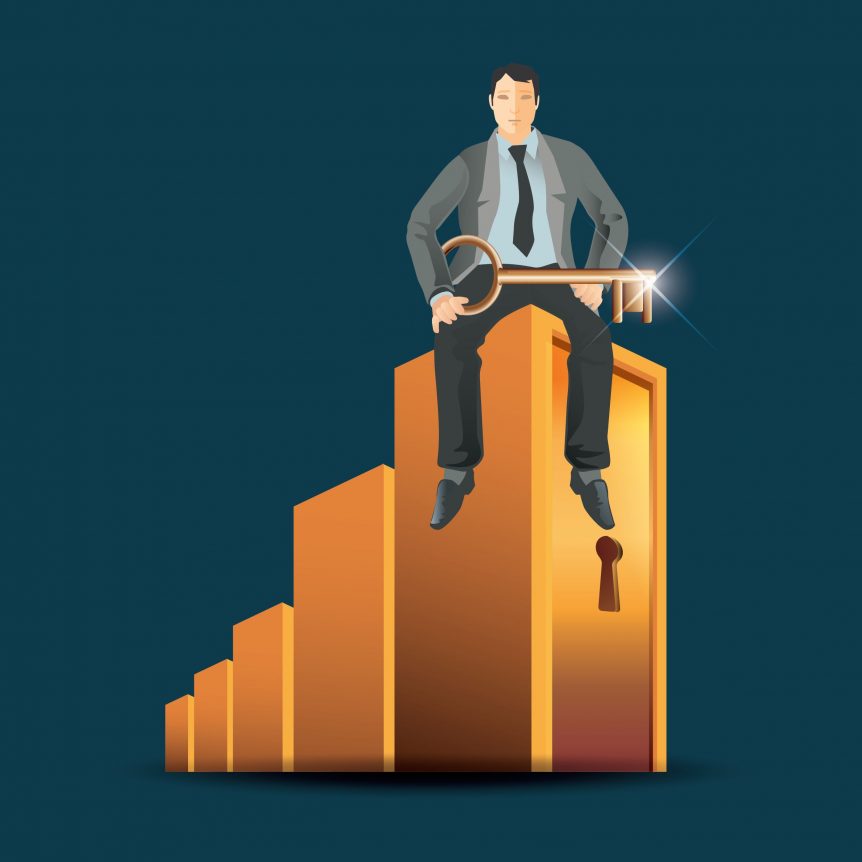 An elderly company owner called all the young executives in his company together and said, “It is time for me to step down and choose the next CEO. I have decided to choose one of you.”

The owner continued. “I am going to give each one of you a special seed.  I want you to plant the seed, water it, and come back here one year from today with what you have grown from the seed. I will then judge the plants that you bring and the one I choose will be the next CEO.”

One man, named Jim, was there that day and he, like the others, received a seed. He went home and excitedly got a pot, some soil and compost and planted the seed.

Every day he would water it and watch to see if it had grown. After about three weeks, some of the other executives began to talk about their seeds and the plants that were beginning to grow. Jim kept checking his seed, but nothing ever grew. Three weeks, four weeks, five weeks went by, still nothing.

By now, others were talking about their plants, but Jim didn’t have a plant and he felt like a failure. Six months went by – still nothing in Jim’s pot. He just knew he had killed his seed. Everyone else had trees and tall plants, but he had nothing. Jim didn’t say anything to his colleagues, however. He just kept watering and fertilizing the soil … in hopes the seed would grow.

A year finally went by and all the young executives of the company brought their plants to the CEO for inspection. Jim felt sick to his stomach because all he had to bring was an empty pot.  But he also knew he had to be honest about it.

When Jim arrived, he was amazed at the variety of plants grown by the other executives. They were beautiful – in all shapes and sizes. Jim put his empty pot on the floor and many of his colleagues laughed. A few felt sorry for him.

When the CEO arrived, he said, “My, what great plants, trees, and flowers you have grown.  Today one of you will be appointed the next CEO!”

All of a sudden, the CEO spotted Jim at the back of the room with his empty pot and asked him to step forward.  Jim was terrified. He thought, “The CEO knows I’m a failure! Maybe he will fire me!”

When the CEO asked him what had happened to his seed, Jim told him the story.

The CEO asked everyone to sit down except Jim. He looked at Jim and then announced to the young executives, “Behold your next Chief Executive Officer! His name is Jim!”

Jim couldn’t believe it. Jim couldn’t even grow his seed. “How could he be the new CEO?” the others asked.

Then the CEO said, “One year ago today, I gave everyone in this room a seed. I told you to take the seed, plant it, water it, and bring it back to me today. But I gave you all boiled seeds. They were dead. It was not possible for them to grow. All of you, except Jim, have brought me trees and plants and flowers. When you found that the seed would not grow, you substituted another seed for the one I gave you.”

“Jim was the only one with the courage and honesty to bring me a pot with my seed in it. Therefore, he is the one who will be the new Chief Executive!”

And I, Dr. Alan Zimmerman, might add … Jim was the only one who could be trusted.

And that’s critical – because your success will never go higher and your relationships will never go deeper than the trust you have established with others.

The great news is you can build more trust … and as a result … you can have greater success and better relationships on and off the job.  There are four things you’ve got to do.

In simple terms, it means you stick with your goals.  You don’t bail out when times get tough.  And you don’t give up when people get negative.

As publisher Henry George Bohn wrote in the 1800’s, “Boldness in business is the first, second, and third thing.”

And I would add, stick-to-activity is the first, second, and third steps towards greater success for every goal you want to achieve and in every relationship you want to develop.

Michael Volkeman, the chairman of The Herman Miller Furniture Company, preaches that. He says, “Leadership is about doing the right thing, not the easy thing.”

And the right thing is acting in accordance with your values. You walk your talk.

If you say you believe in honesty, then you’ve got to be just plain honest when you talk to others.  You can’t spin your remarks, telling your customers, or your employees, or your family members, or the voters whatever they want to hear.

What about you?  Do you say what you mean and mean what you say?

Renee Keffer certainly mastered the power of trust.  She says, “Dr. Zimmerman, attending your Journey-to-the-Extraordinary program was very exciting for me.  It got me focused on affirmations, attitudes, goals, and risk taking.”

Renee continued, “But even more exciting is the results I’ve gotten.  A few days after the Journey, some of my team mates complimented my passion and my leadership style.  Other peers said I was highly regarded as an individual who brought logic and reason to the table.  My supervisor even mentioned that I was respected and trusted and that they were glad to have me as a part of the team.”

“Then it hit me like a ton of bricks.” said Renee.  “The very things they were saying were the same things I learned at your Journey.  Your Journey techniques worked and it feels very empowering.”

For more information about the program, go to https://www.drzimmerman.com/journey.

In other words, you build trust when your coworkers know you’re there for them. You support them in the moments that matter. You’re a reliable source, guide, mentor, and teammate … not a fair-weather friend who sells you out if a better opportunity comes along.

Put another way, you build trust with others when they see you as reliable.  If there’s any question about either party’s reliability, you’ve got a problem.

Take, for example, the time a prospective customer wrote to an equipment mail-order company and said, “Please send me the A-1 outboard motor shown on page 200 of your June 2017 catalogue. If the engine is any good, I’ll send you a check.”

The customer service rep wrote back, “Please send us a check. If it’s any good, we’ll send you the engine.”

Simply put, you must keep your promises. Some people say, “My word is my bond. You can take it to the bank. It’s as good as gold.”

The latest research on emotional intelligence affirms the power of promise keeping. As Dan Hill reports, “A CEO must protect his or her credibility above all else.” And nothing builds up or shoots down credibility quicker than keeping or not keeping your promises.

What about you?  Do people trust you to follow through … to keep your promises?

Final Thought:  The Bible had it right hundreds of years ago when it wrote: “A good name is more desirable than great riches; to be esteemed is better than silver or gold.”  And a good name is the byproduct of the trust you build.