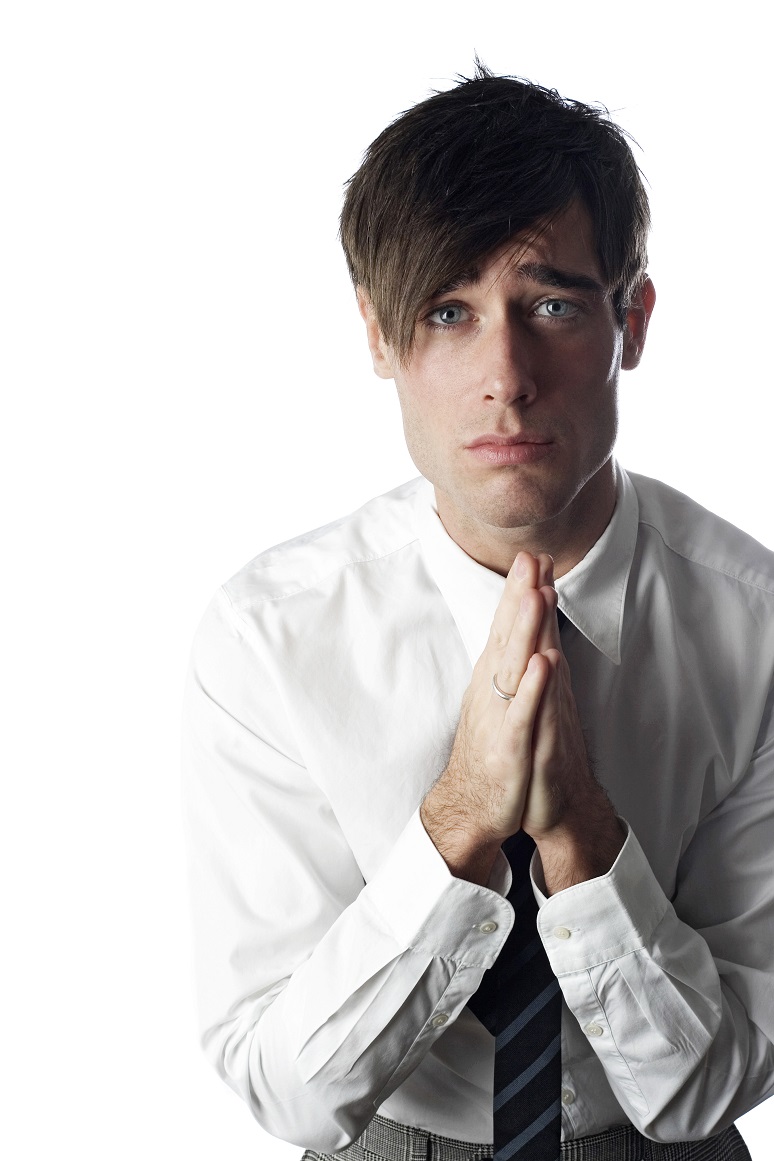 Every day we hear about another tragic incident that is filled with evil, anger, rage, blame, shame, wrongdoing and revenge.

To make matters worse, very few people in these incidents are showing any remorse, asking for restraint, taking responsibility for their actions, asking for forgiveness, or making amends.

In situations like these … whether they happen at home with your spouse … or at work with your boss … or on the streets with hundreds of others … there is one skill that is desperately needed to move forward. And that is the Emotional and Social Intelligence skill of forgiveness.

Of course, I realize the very concept of “forgiveness” is a controversial term. Many people would rather “get even” or “get back” at someone rather than “get through” the controversy and “get on to” a better way of doing things.

However, I would contend that forgiveness is a key component in settling extremely difficult situations. So how do you do that?

► 1. Choose an attitude of forgiveness.

Forgiveness is an attitude you choose or a behavior you adopt. It is not an emotion that you necessarily feel.

And that’s not easy. You have to work at making forgiveness a part of who you are. That’s why Dr. Martin Luther King, Jr. said, “Forgiveness is not an occasional act; it is a permanent attitude.”

Dr. Kingknew that it was all too easy to let bitterness and revenge take up residence in your mind. So he emphasized the importance of making forgiveness a part of your character.

Unfortunately, some people equate forgiveness with weakness, becoming nothing more than a passive doormat or a pitiful victim.

Well, Dr. King was anything but passive or pitiful. He was a champion. He was a warrior. And he was wronged over and over again. But he didn’t let the wrongs get in the way of his work. He learned to write his hurts in the sand.

It’s like the story of the two friends walking through the desert. During some point in the journey, they had an argument, and one friend slapped the other one in the face. The one who got slapped was hurt, but without saying anything, he wrote in the sand, “Today my best friend slapped me in the face.”

They kept on walking, until they found an oasis, where they decided to take a bath. The one who had been slapped got stuck in the mire and started drowning, but his friend saved him. After he recovered from the near drowning, he wrote on a stone, “Today my best friend saved my life.”

The friend, who had slapped and saved his best friend, asked him, “After I hurt you, you wrote in the sand, and now you write on a stone. Why?”

The other friend replied, “When someone hurts us, we should write it down in sand, where the winds of forgiveness can erase it away. But when someone does something good for us, we must engrave it in stone where no wind can erase it.”

When you write your hurts in the sand and carve your blessings in stone, you have chosen an attitude of forgiveness.

But people will challenge me and say, “How can I possibly forgive that person for what he did? How can I let him off the hook that easily?”

They don’t understand that forgiveness is NOT about letting the other person off the hook.

► 2. Forgiveness is about letting YOURSELF off the hook.

Forgiveness is letting go of the negative feelings about the other person or your unfair situation that are destroying your own life.

Forgiveness is NOT saying that what the other person did was right. Not at all. Wrong is wrong.

Forgiveness is simply a gift you give yourself. As Paul Boese so aptly said, “Forgiveness does not change the past, but it does enlarge the future.” It enlarges your future so you can get past all the negative feelings that are holding you back or tripping you up.

And sooner or later, you must learn the art of forgiveness or sacrifice your own mental, emotional and physical health.

► 3. Understand the cost of unforgiveness.

When you refuse to forgive someone, you’re in trouble. More often than not, you hurt yourself more than the person who wronged you.

Captain Ahab, in Herman Melville’s book Moby Dick, had to learn that the hard way. He was permanently injured by a great white whale, but instead of forgiving the whale, he spent the rest of his life seeking revenge. It drove him crazy, until nothing else mattered except killing the whale that hurt him. In the end, his hatred cost him his soul and his life.

When you refuse to forgive, you may become the rattlesnake that bites himself. As E. Stanley Jones said: “A rattlesnake, if cornered, will sometimes become so angry it will bite itself. That is exactly what the harboring of hate and resentment against others is–a biting of oneself. We think that we are harming others by holding these spites and hates, but the deeper harm is to ourselves.”

Steven Arterburn, director of the New Life Clinics, says 85% of those who come into the clinic are sick in lots of ways, but the one thing they all tend to have in common is the fact they’re suffering from unforgiveness. They have some deep hatred or resentment towards someone. And because they refuse to forgive, he says, they remain the victim of the person who victimized them.

Have you ever done that? Have you ever gotten bitter because of what someone else said or did to you? Probably so.

In that case, I would tell you the same thing I tell my coaching clients. Get over it. Not because the other person deserves your forgiveness. YOU DO. You cannot afford the luxury of a negative attitude. Bitterness will decimate your physical, emotional, and mental health.

Finally, during extremely difficult times in your relationships, you need to remember that there will always be a need to practice forgiveness, even in the most intimate of relationships, because…

As C. S. Lewis wrote, “To love at all is to be vulnerable. Love anything and your heart will certainly be broken.” Many people don’t understand that.

A lady in one of my workshops said, “I’m taking steps never to get hurt again.”

I replied, “In other words, you’re taking steps to never love again.”

I pushed, “So you don’t want some guy to love you.”

She got a little frustrated with me and said, “Look. I don’t want pain in my life.”

Unfortunately, there’s no such thing as painless love. The closer a person gets to you, the more they can hurt you. And the more you will need to perfect your practice of forgiveness.

Final Thought: Unforgiveness is like drinking a poison and hoping the other will die.