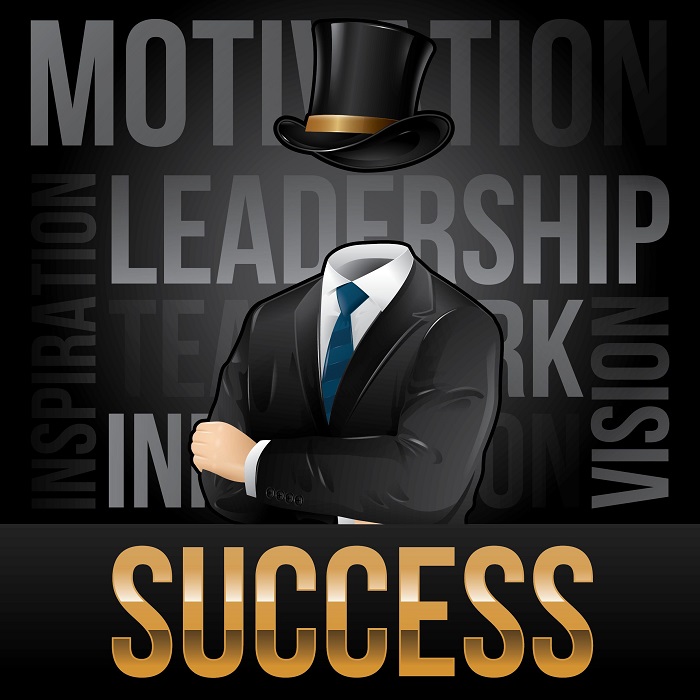 The news is filled with comments about the supposed abundance of fake news in our country.

I can’t tell you whether or not that is the case.

But I can tell you, if you believe some of the lies that are being spread about the achievement of success, you’re never going to be as successful as you could be.

And I can tell you that I absolutely agree with Jesus’ comment when he said, “The truth will set you free.”

When you know the truth, it will set you free from ignorance, poverty, illness, and just about every other challenge that will come into your life.

So what are the lies being told about the achievement of success? And what is the truth?

In times past, success was perceived as something that was either inherited … or a lifestyle that was enjoyed … by a very select minority. Successful people were generally considered to be “lucky”.

However, success expert Bob Proctor spent several decades researching that very question … to find out if that is the case … if successful people are luckier than others. He concluded, “The beautiful truth is that successful people are not now, nor ever have been, lucky. This is an orderly universe of which you and I are a part and that order, which is an expression of ‘Divine Law,’ leaves no room for luck.” 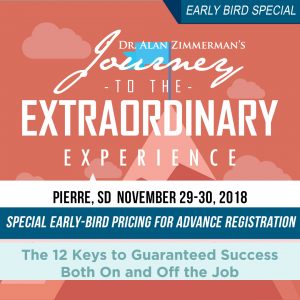 The truth is success is connected to laws. Success is no longer a mystery or a matter of superstitious luck. Success is a respectable topic of research that can be studied and understood and greater success can be enjoyed by everyone who takes the time to learn these laws.

That’s what I teach in every one of my keynotes, half, and full-day training programs. And that’s the focus of my Journey-to-the-Extraordinary experience.

► Lie #2: Success is connected to your degree.

Lots of people attribute almost magical powers to an educational degree. They think, “All I have to do is go to school, get a degree, and I’ll get a good job that pays lots of money and makes me wildly successful.”

Well, you and I both know there are millions of people with a degree in hand, still living at home with Mom and Dad, and no job to show for it. And that’s always been the case, in good economic times as well as bad.

The truth is success is connected to your continuing education, not your degree.

Take a lesson from the highly successful people throughout history by touring their homes or offices. And notice what grabs your attention. Their libraries!!!

Now think about it. What do you think came first? Their fancy homes or their elaborate libraries? I would suggest the latter.

You won’t find many people who went out there, bought an expensive house, and THEN became wealthy, and THEN acquired a library. No, it was their library … or their quest for learning and continuing education … that led to everything else.

So let me ask you, “What are you doing to keep up to date … or even a step or two ahead of the crowd?”

I don’t know what your answer is, but I do know this. The top 10% of the people in any profession are always the ones who attend the conferences, take the seminars, read the books, and listen to the educational and motivational recordings. They know that’s what helped them get to the top, and that’s what they’re doing to stay on top.

(F.Y.I. In the Thanksgiving spirit, I am giving ten $2000 bills away … giving them to ten clients who want to book one of my keynote, half, or full-day programs. For more information, go to this link)

For several decades, most companies and most people bought into the lie that went something like this: “You give us loyalty and we’ll give you security.”

And to some degree that worked, until some economic rough patches came along and millions of good, hardworking people were downsized, rightsized, or laid out of a job. They thought they were secure in their jobs. They thought they had achieved success. But suddenly they had nothing but an unemployment check and a bunch of bitter feelings.

The truth is your success is connected to your internal attitude, not your job security.

Unfortunately, as Proctor points out, millions of people believed the lie instead, “Like sheep, millions of individuals blindly followed, not thinking, never analyzing the offer being presented. Had a person carefully studied the promise, they would have realized that no company in the world could give a person security, regardless of service or loyalty. Security, real security, comes from within. If you haven’t got it there, you haven’t got it.”

Back in the 1700’s, German statesman Karl Wilhelm Von Humboldt affirmed that same truth. Your security comes from your own internal attitude. He said, “I am more and more convinced that our happiness or our unhappiness depends far more on the way we meet the events of life than on the nature of those events themselves.”

And our own first First Lady, Martha Washington said, “I am determined to be cheerful and happy in whatever situation I may find myself. For I have learned that the greater part of our misery or unhappiness is determined not by our circumstance but by our disposition.”

As you strive for greater success, remember one more truth: Others can stop you temporarily. You are the only one who can do it permanently.

Dr. Zimmerman’s Tuesday Tip, Issue 959 – Success: What is Fake News and What is the Truth?