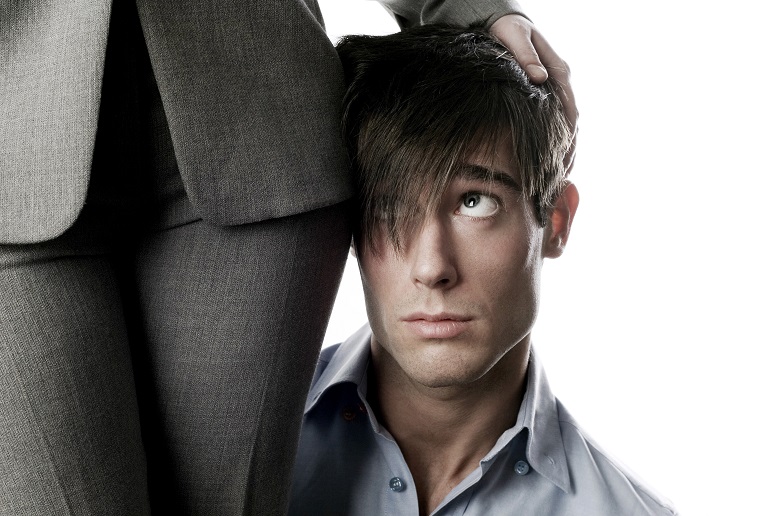 This is Thanksgiving week and despite the extreme challenges of 2020, there is still so much for which we can give thanks. And indeed, we should give thanks, for it is in the atmosphere of thankfulness that families thrive and workplaces flourish.

However, a tone of thankfulness is not something that automatically happens. It has to be built and it can be built with conscious effort and the right skills.

Unfortunately, a tone of thankfulness is not even thought about in many organizations and families.

For example, I remember a plant manager who told his workforce, “Doing it right is no excuse for not meeting the schedule.” Of course punctuality is important, but that manager also failed to show any thankfulness for the fact that his workers wanted to make sure their work was done with excellence. He set the wrong tone.

I also remember the time I found crayon drawings all over the walls in my three-year-old daughter’s bedroom. She got a stern word from me and a significant time-out. It wasn’t until later that I took the time to listen to her tearful confession that she was drawing a picture to show me how much she loved me. Again, writing on the walls isn’t appropriate, but I hadn’t shown any thankfulness for her beautiful sentiment. My tone was wrong.

As I speak to organizations, in person or virtually, I remind the managers in the audience that they set the tone as they walk into their workplaces or get on their Zoom calls each day. And I ask them, “Have you thought about that?” and “Are you ready to set the tone as you walk through the door?”

I hope so, because the tone set by the boss at work or the spouse, partner, or parent at home may have a bigger impact on the outcomes of that day than almost anything else.

So what can you do to set the right tone at work or at home? Here are a few tips for starters.

It does wonders in bringing about the payoffs you want and need.

One CEO learned that accidentally. As the CEO of a trucking firm, he was worried by the company’s financial picture (even before COVID) and his somewhat uncooperative employees. A friend advised him to get a closer look at his employees.

So the CEO came in early one morning to chat with his crew. His first few attempts at conversation were awkward and brief. He was about to go up to his office when he noticed one driver sitting by himself, looking upset. The CEO asked him what the problem was.

“It’s my mom,” the driver said. “She’s in the hospital and there’s no one else to take care of her.”

The CEO told him to go see his mother and not worry. The grateful driver left and then the CEO realized that someone would have to cover his deliveries that day. It had been years since the CEO had driven a truck route, but he managed to load up the truck and do the job. Later that day, the CEO went to the hospital with flowers to visit the driver and his mother.

This routine went on for several days, the CEO making deliveries and then visiting the hospital, while the rest of the employees noticed. News of the CEO’s concern for an employee traveled quickly. When the time came for the drivers to vote on joining a union, they rejected it because they knew they had a leader who really cared about them.

Do you care enough about yourself to invest in yourself? I hope so. Register for my next Champion Edge Master Class starting in January 2021. Register now with our special Thanksgiving week special pricing.

William Arthur Ward, the inspirational author, noted, “Feeling thankful and not expressing it is like wrapping a present and not giving it.” In other words, thinking about how well your employees, teammates, colleagues, and kids are performing is almost worthless if you don’t say something about it.

Of course, some of you are thinking if you praise someone too much, they’ll get a big head. They’ll become arrogant or get conceited. But I like the way playwright G. B. Shaw responded to that kind of thinking. He wisely remarked, “To withhold deserved praise lest it should make its object conceited is as dishonest as to withhold payment of a debt less your creditor should spend the money badly.”

To create a tone of enthusiastic engagement, praise often. Indeed, management author Michael Le Boeuf says the greatest management principle in the world is: “What gets rewarded gets done. What gets recognized gets repeated.”

And I would add, “Praise does wonders for the sense of hearing.” Not only will other people tend to hear and remember your praise, but they will be motivated to give their very best.

A few ways that I’ve learned to make praise a part of my daily routine include the following:

Some of these techniques might sound a little corny, but so what! They work.

► 3. Set an example of expressed thankfulness.

Albert Schweitzer, one of the most prominent physicians and missionaries of the 20th century, noted, “Example is not the main thing in influencing others. It is the only thing.”

Are you setting an example of expressed thankfulness? When a coworker goes out of their way to serve a customer, does anybody else in your organization ever hear you say thanks or watch you send a note of thanks? They should.

When you receive a gift from a friend, does your spouse or kids hear you say thanks and see you write a note of thanks? They should.

They should hear and see those things and be encouraged to do likewise.

For years I’ve heard parents and grandparents complain about a lack of thankfulness in their kids and grand kids. It may be that those kids and grand kids aren’t thankful, or have simply learned to take things for granted, or have never been taught the importance and necessity of expressing thanks.

Well it doesn’t have to stay that way. Teach them the right way to set the right tone. We had to do that in our family and it worked.

Living in several different states, many times we have not been with our family members for some of the birthdays, anniversaries, and holidays that were being celebrated. So we sent our gifts. But quite frankly I got upset when some of them never even acknowledged the receipt of the gifts let alone expressed their thankfulness.

So I decided to teach them, directly, with no hinting or beating around the bush. I informed each family member that a gift was being sent before it was sent, along with a note that told them their silence was not acceptable, and neither was a text message or an email. We expected a phone call or a handwritten note that said the gift was received and whatever thankfulness they wished to express. I told them that’s what kind, caring, mature, appreciative people do.

Of course it sounds weird, but again it worked. There’s a much stronger tone of thankfulness in our family these days.

During the Thanksgiving week and all the weeks to come, remember you are helping to set the tone at work and at home. Let it be said that you are setting a tone of thankfulness.