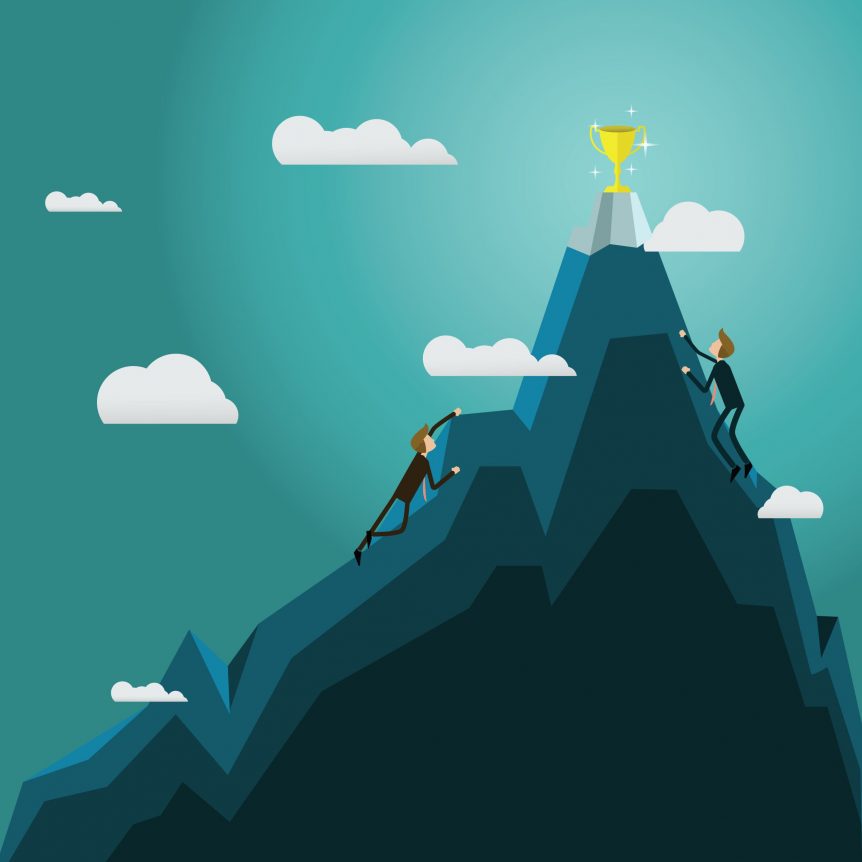 So very true! It’s a perfect description of the political anger and political mess you see all across the country. No matter how you voted in last year’s Presidential election, it was all about change.  And the outcome of the election either frightened you or energized you.

However, the real champions don’t sit around and gripe, and groan, and chant “oh-poor-me-I’m-screwed” when big, tough, or scary changes come into their lives. The real champions learn how to be resilient or bounce back instead.

Champions know that change is inevitable, but misery is optional.

And there are a lot of them out there. Perhaps you’ve seen the e-mail floating around the Internet that says little has changed for the better since 1980. It reported that 80% of the world’s people still live in substandard housing; 70% are unable to read, and 50% suffer from malnutrition.

Well that e-mail intrigued author Philip Yancey who wrote Fearfully and Wonderfully Made. He spent a great deal of time tracking down the statistics from authoritative sources … only to find out that e-mail is downright wrong. In fact, the world has made major strides in the last 38 years.

According to the best estimates, 25% — not 80% — of the world’s population lives in substandard housing. Thirty years ago the global literacy rate was 53%; now it’s 80% The percentage of people suffering from malnutrition has dropped more than half … to 20%. And 75% of the world had no access to clean water; now 75% do.

As Yancey puts it, “Such good news rarely captures the attention of the media, which continue to portray the world as teetering on the brink of cataclysm.” The news focuses on gloom and doom.

Of course Yancey’s research found out there’s a lot of good news out there. But you seldom read it or hear it. So maybe it’s time to doubt the doomsayers.

One more example. When I was in college back in the 60’s, the rage was Paul Ehrlich’s book on The Population Bomb. He predicted huge famines would occur in the 1970’s and 80’s, with hundreds of millions of people starving to death. That simply did not happen.

But just the opposite is true.  The entire world’s population today is only 7.44 billion.  In fact, the birth rate has fallen so dramatically in Europe, Russia, and Japan, “experts” are now worrying about the dire consequences of an aging population unreplenished by younger generations.

So you need to add a bit of healthy skepticism to all the gloom and doom news out there.

I had to learn how to do that. Years ago, I found it too easy to complain when things didn’t go my way. Then I visited several refugee camps in Thailand … where thousands of Cambodians and Laotians were running from the killing fields of the Khmer Rouge. I soon realized … by comparison … I didn’t have that much to complain about.

Yes, these are hard and changing times. But do keep things in perspective. Things could be worse. You could be shot at when you leave your house for work. Or you could be imprisoned or beheaded for not worshipping the way some people think you should.

And Robert Frost, one of America’s greatest poets, said he could sum up everything he learned about life in three words: “It goes on.” So keep things in perspective.

Your company may re-organize, and you may have to say goodbye to the way you used to do your job.

Your kids may want to spend more time with their friends than with you and you have to say goodbye to the way things used to be in your relationship.

Your church got a new pastor and you may have to say goodbye to the way you used to worship or sing or pray.

That’s what Barry Daugherty from Cummins, Inc. learned when he attended my Journey-to-the-Extraordinary program.  Right after the program, he wrote me, saying, “These two days were filled with practical, life-altering material.  Dr. Zimmerman is a very sincere man with a gift in sharing material and motivating others.  Do yourself a favor by investing in yourself by attending a Journey!”

Then a few months later, Barry wrote me again.  He said, “Dr. Zimmerman, I have been practicing and sharing your techniques with the people closest to me.  And I keep on telling people those days really changed my life.”

“My mom passed away from her battle with ALS shortly after the Journey.  But, it really was as positive an experience as it could have been due to the tools I learned from you.  The practice of being an ‘actor’ instead of a ‘reactor’ has changed my focus in every part of my life.”

Barry learned to say goodbye to the way things used to be.

For more information on my next Journey program coming to Kansas City on April 19-20, 2018, go to https://www.drzimmerman.com/journey

Special Note:  Save $500 on your tuition by registering now and taking advantage of our Early-Bird-Registration Special.  Click here www.attendthejourney.com.

So please, don’t waste your time, saying “We’ve never done it that way before” or “We’ve always done it this way.”

To resist change, to refuse to adapt to it, or to deny it, is like holding your breath. If you persist, you will kill yourself.

Peter Drucker, the greatest management expert of the 20th century, said people fail because of what they will not give up. They cling to what has worked in the past, even after it has clearly stopped working.

What about you? Are there things in your life you have to let go of?  Do you have some old ineffective behaviors, or some outdated dreams, or some self-limiting attitudes you need to say goodbye to?  And what are you going to do about them?

Monitor who you are listening to. Are you hanging around the doom-and-gloom crowd too much of the time? Are you tuning into the grim-and-dim media way too often?

Then, at the very least, limit your exposure to those negative inputs and balance them with more positive inputs.

Dr. Zimmerman’s Tuesday Tip, Issue 921 – Resiliency: How to bounce back when the world slaps you down