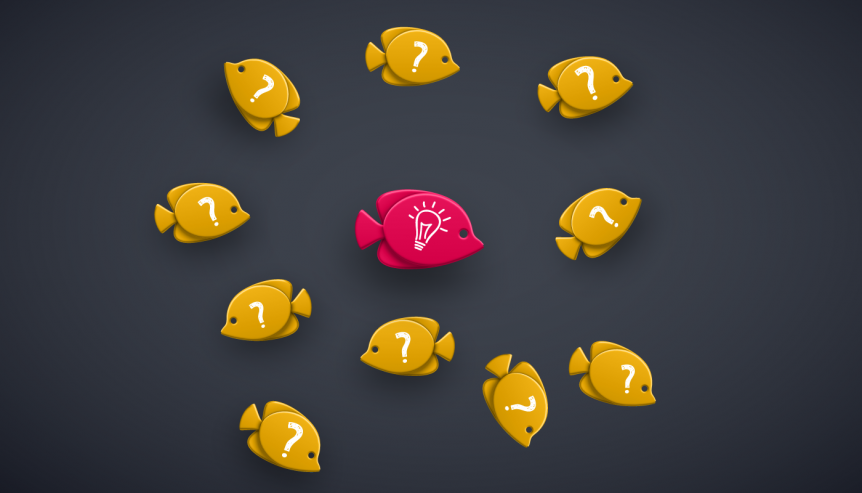 1. The Attitude Lie Has Taken Hold.

Some motivational speakers and authors may have convinced you that “attitude is everything.” That’s a lie.

As I tell my clients, when you motivate an idiot, all you get is a motivated idiot.

I believe attitude is a big piece of the effective leadership puzzle and I teach people how to get and keep their attitudes in great shape. BUT, attitude in and of itself is never enough to turn an ordinary person into an extraordinary leader. Likewise, we’re in a leadership crisis because …

2. The Education Lie Has Taken Hold.

You have been told by some well-meaning educators that the only way to develop leaders is to give them more training and more education. That’s another lie.

I will tell the 24 mentees in my new Extraordinary Success 2.0 Master Class that education without motivation serves no useful purpose. (I’ll give you a free introductory webinar on this Master Class in September.)

We all know highly educated people who have just enough motivation to finish a class or get a degree, but they are not motivated enough to apply anything they learn. Truly effective leadership takes Attitude + Education + Character. And we place almost no emphasis on character whatsoever in so many of our cultures, which contributes to our leadership crisis. That’s why I wrote about character so much in my latest book on The Payoff Principle and is why it hit #1 best-seller status on Amazon.com. Click here to get your copy, or to get another copy to share with a friend.

To develop your character,

3. Be Honest with Yourself.

People of character refrain from denial. They don’t fool themselves and they don’t lie to themselves … because they know that would be self-defeating. As Anne Morrow Lindbergh noted, “The most exhausting thing in life, I have discovered, is insincerity.”

People of character “take stock” of themselves, something we could use to help ease our leadership crisis. Charlie Gomez, the vice president of a major insurance company, affirmed that. At a conference where the two of us were speaking, Charlie challenged all the insurance agents in the audience to “take stock”… by asking themselves the following questions:

As Charlie said, “You need to know” these things because they’re all a part of the “recipe for success.”

Do you take time to assess yourself, where you are, and where you’d like to be? Do you take time to take an honest look at yourself and what you’re doing? You need to do this, because, as I tell my clients, “If what you are doing won’t withstand analysis, you probably shouldn’t be doing it.”

4. Be Honest with Others, Even in a Leadership Crisis.

That means no distortions. No little white lies. No false fronts, nor bravado. And no failures to tell the truth. Character comes out in plain, simple … but tactful … honesty.

One pompous Colonel had a hard time with that, however. Having just moved into his new office and sitting at his new desk, a Private knocked on the door. The Colonel told the Private to enter and then quickly picked up the phone and said, “Yes General, I’ll be seeing the Brigadier this afternoon and I’ll pass along your message. In the meantime, thank you for your good wishes, Sir.”

Feeling as though he had sufficiently impressed the Private, the Colonel asked, “What do you want?”

“Nothing important, Sir. Just here to hook up your telephone.”

Obviously the Colonel had a problem being honest with others –  a symptom of leadership crisis. Do you? Do you find it easier to tell the unvarnished truth or the embellished truth? And do you craft your words to “give the right impression” … even though that impression may not be accurate?

Of course, it’s not easy to be honest with others … each and every time. After all, you can spend years building an honest reputation and you can destroy it in one minute with one stupid lie. The papers are filled with such stories. As consultant Faith Baldwin notes, “Character builds slowly, but it can be torn down with incredible swiftness.”

5. Be Open to the Honest Feedback of Others.

By contrast, people of character are open to the honest feedback of others. When Johannes Brahm’s first piano concerto was booed at its premiere performance, the composer was duly disappointed. But he wrote to a friend, “I honestly think this is the best thing that could have happened. It forces me to buckle down, and it builds up courage.”

Hey, being open to the feedback of others might even save your life. Take the man who was bothered with continual ringing in his ears, bulging eyes, and a flushed face. Over a period of three years he went to doctor after doctor. One took out his tonsils, one his appendix, another pulled all his teeth. He even tried a goat gland treatment in Switzerland … all to no avail. Finally, one doctor told him there was no hope — he had six months to live.

The poor fellow quit his job, sold all his belongings and decided to live it up in the time he had left. He went to his tailor and ordered several suits and shirts. The tailor measured his neck and wrote down 16 and 1/2. The man corrected him: 15 and 1/2. The tailor measured again: 16 and 1/2. But the man INSISTED that he’d always worn a size 15 and 1/2. “Well, all right,” said the tailor, “but don’t come back here complaining to me if you have ringing ears, bulging eyes, and a flushed face!”

Some people find it difficult to receive feedback. As one person noted, “A skeptic is a person who … when he sees the handwriting on the wall … claims it to be forgery.”

How would people describe you when it comes to feedback? As being open and receptive? Or closed and defensive? Character comes from the former, not the later.

Action: Take a look at yourself. How honest are you with yourself? Remember, one of the greatest impediments to success is pretending not to know what you know.