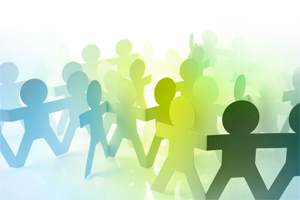 We’re in the midst of a sick relationship epidemic. The rise in sarcasm, rudeness, putdowns, violence, divorce, child abuse, sex trafficking, domestic terrorism, business closures, and the demonization of anyone who doesn’t think the way you do is undeniable. It’s scary and it’s sick.

The good news is we’ve been researching relationships for decades. Relationship success is no longer a mystery. We know what works and doesn’t work. It’s just a matter of getting people to learn and apply these skills. Let me share ten of them with

It’s okay to have an opinion.

It’s not okay to humiliate them because they don’t think the same way you do.

After all, the research is abundantly clear. Differences are the source of positive power … when they’re acknowledged, respected, and utilized. The best solutions come out of robust discussion between a variety of people with a variety of talents, not from any attempt to shut up the so-called “other side.”

When it comes to your team, it’s counterproductive to waste your time trying to pound the differences out of the other person, trying to make them think and act just like you. Instead, use your differences as the starting point for more innovative solutions.

When it comes to your primary relationship, respect the differences. It will do wonders for your relationship.

As marriage therapists Drs. Les and Leslie Parrott say, “You’ll always find exceptions to the rule, but research and experience consistently point to a fundamental and powerful distinction between the sexes: Men focus on achievement; women focus on relationships. It sounds overly simplistic and it probably is. But remembering this general rule can save every couple wear and tear on their marriage and strengthen their bond.”

The Parrotts go on to say, “Before marriage, we don’t expect life to be all sunshine and roses, but we seem to expect marriage to be that way. Debunking the myth of eternal romance will do more than just about anything to help you build a lifelong, happy marriage.”

The same is true in corporate teams. Teams are just another way of getting things done. They are not the magic pill to solving all your problems at work. So expect your team to have some problems and realize that you will need to exercise some patience and skill to get to the outcomes you want.

► 3. Get an accurate perception

You’ve got to see the other person in your relationships for who they really are. Because it’s almost impossible to have a real-ationship with your fantasized version of someone.

On a more personal level, the most dramatic loss experienced in a new marriage is the idealized image the two partners have of one another. Sooner or later, reality will hit the two people squarely in the face: that they did not marry the person they thought they did.

Similarly, if you’re on a team at work, take some time to get to know each other. The more you understand each other’s strengths, use those strengths, and work around their weaknesses, the more effective your team relationships will be.

Many couples think they know each other intimately, when in reality they live on a very superficial level. They talk on a functional level, talking about such things as “I’ll be home at five … or … Let’s have spaghetti for dinner.” And, if they’re not careful, they may very well drift apart.

Meaningful communication, on the other hand, is sprinkled with Brave Questions.

In other words, you ask questions that go deeper and go beyond everyday mundane conversation. Your questions could range from past regrets, to future dreams, to things you want to learn, places you want to go, feelings you are struggling with, and a thousand other topics you might never have explored.

Of course, this skill of “meaningful communication” applies to work teams as well. The team that takes time to ask questions, to listen, to get to know one another almost always produces more than the team that ignores this crucial step.

Chances are, at the beginning of every one of your personal or professional relationships, you had some goal for that relationship in the back of your mind. It might have ranged from having a life-long partner to working with someone who will challenge you to be your best.

Unfortunately, life gets in the way and people lose sight of their goals. Eventually they might even think, “How did we get here? … or … This is not what I signed up for.”

To prevent that from happening, you need to talk to your spouse, partner, friends, family members, team members, and your customers once in a while. You need to ask them the Brave Questions of “What is our goal for this relationship? How are we doing on that goal? And what changes do we have to make so we’re moving in the right direction?”

If you’re like most people, you’ve never asked or discussed those goal-focused questions. But if you’re like the few people who do so, you will experience an amazing strengthening of your relationship.

At the beginning of this Tuesday Tip, I said there are ten skills that will turn our sick relationship epidemic around. I just gave you five of them. You’ll get the next five skills in next week’s Tuesday Tip.