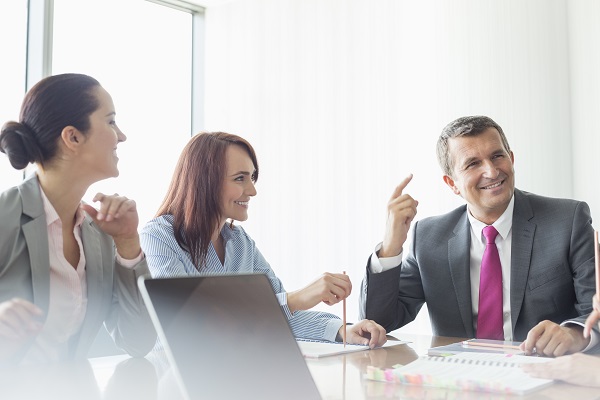 When a manager was asked how many people he had working for him, he replied, “About half of them.”

When an employee was asked how long she had been working for his company, she replied, “Ever since they threatened to fire me.”

Those replies make me laugh. But they also make me cry because they’re all too close to the truth. According to the Gallup organization, only 29% of the American workforce is fully “engaged” in their work. The other 71% have chosen to “quit and stay.” Basically, they’ve retired but they haven’t told the Personnel Department yet.

And that’s not funny! That’s expensive and possibly disastrous.

So what does it take to fully engage the people in your workplace? Or even your home, for that matter?

Organizational consultant Betsy Allen says there are four ways you can build an engaged and motivated team. I’ll outline Allen’s four points and add my own spin on those four strategies.

One way to do that is to ask Brave Questions … rather than superficial chit chat … and then listen empathically to the other person’s response. Casey Cropp learned to do that at one of my onsite programs and later told me about his experience.

Casey said, “I am a high school band director and have been using your ‘BRAVE QUESTIONS’ book to interact with my classes. All I can say is ‘Thanks.’ You’ve given me the tool I’ve been looking for in 26 years of teaching, a tool that helps me approach my students in new and more effective ways.”

“Let me give you one example,” Casey wrote. “This past fall I was directing the orchestra for our school musical. One afternoon I had the opportunity to spend some time with the orchestra members, getting to know each other using several of your questions. We spent about an hour and a half sharing and bonding as a group, learning details about each other. I was given information about individuals that helped me to understand their needs and allowed me to work closer with them in the preparation of their music.”

He concluded by saying, “Our trust level of each other went way up and we became a team. The performances in October were astounding and I could not have been prouder of their growth through this time together.”

So yes, ask more Brave Questions, and make sure you listen to their answers. 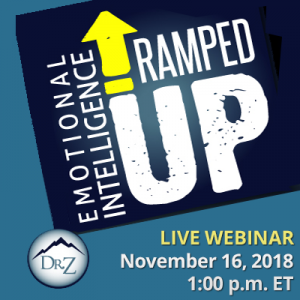 (To dramatically improve your communication and relationship-building, join me on November 16, 2018 at 1:00 p.m. ET for my live webinar on Emotional Intelligence Ramped Up: Going Beyond the Pleasant Smile and the Chicken Soup to Positive Peak Performance. Click here to reserve your seat.)

The comedian, Groucho Marx, despised the empty clichés in business correspondence. So one day, when he received a letter from a bank manager that said, “If I can be of any service to you, do not hesitate to call on me,” Groucho decided to take action.

He immediately took pen to paper and sent the following note to the bank manager, “Dear sir: The best thing you can do to be of service to me is to steal some money from the account of one of your richest clients and credit it to mine.”

To demonstrate genuine caring, you need to more creative in your communication than the overused “How are you?” question and the ever-expected “Fine” response. We do it at work, and we do it at home. BUT IT DOES NOT BUILD RELATIONSHIPS.

Ask more meaningful questions such things as: “What’s been the highlight of your day so far?” or “What’s something you’ve learned today?” And then stop … to really listen to the other person’s response.

Thanksgiving season is almost here, and I want to say thanks to my customers and prospective customers with a gift of money. $2000 each to ten different clients. Only 3 bills left. Click here to learn more.

You probably have some people in your organization that say they’re sick of all the meetings they have to attend. And they’re tired of all the emails they receive from you and others.

Well, so be it. Let them complain, because the fact is, people would rather have too much communication than be left in the dark. In fact, in one study of 50,000 employees, they ranked “being fully informed” as the second strongest work motivator.

By contrast, a lack of communication almost always contributes to a lack of workplace engagement. That’s why Dr. Akira Shibutani, a respected scholar in the area of organizational communication, says, “You’d better keep your employees informed … or they’ll make it up … and it won’t be flattering.”

It’s kind of like the man who spoke frantically into the phone. He cried, “My wife is pregnant and her contractions are only two minutes apart.” The doctor asked, “Is this her first child?” “No,” the man shouted, “this is her husband!”

Without lots of communication, engagement will not happen.

One of the time-tested motivators of people is appreciation. People want to be seen, heard, and recognized … no matter how much they may feign indifference to such tactics.

In fact, I know many people who have changed jobs … actually taking a lower paying job … so they could work in a place where they are appreciated and their accomplishments are celebrated.

So I encourage you to take every opportunity to reward and recognize your employees and coworkers. A few well-chosen words on your part may make all the difference in the world to some of the people around you.