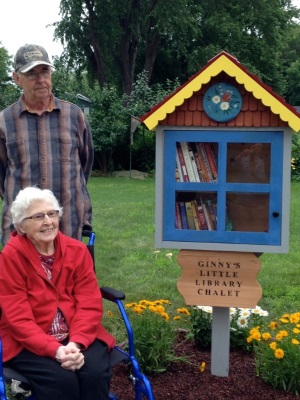 Ziglar is right. Happiness and gratefulness go hand in hand.

But I’ll even take it a step further. Business success and gratefulness go hand in hand. Over the years, I’ve had the privilege of working with hundreds of organizations and I can say unequivocally that the most successful businesses are extremely grateful for their customers. They know they couldn’t survive a week without them and so their gratefulness is evident in everything they say to and do with their customers.

By contrast, the struggling companies I’ve encountered tend to be the ones that are also struggling with their lack of gratefulness. They complain about the ever-increasing expectations of their external customers and their internal customers. Not smart!

If you truly want to be thoroughly happy and incredibly successful on and off the job, I’ll show you exactly how to do that in my upcoming book, “The Payoff Principle: Discover the 3 Secrets for Getting What You Want Out of Life and Work.” In fact, you can get a sneak peek by clicking the link above.

For the moment, here are three reminders to help you become more grateful. Trust me. It will be good for your heart and soul as well as your business and relationships.

In her powerful book, “8 to Great: The Powerful Process for Positive Change,” author MK Mueller recommends “Gratitude Homework.” She advises all of us to write out three things every day for which we are grateful in the last 24 hours. And no repeats on your upcoming lists. It can be a little challenging, I know, but it’s also amazing how great this makes you feel!

As Mueller puts it, “Ever notice how people with lots of love, support, health, and wealth in their lives seem to be really grateful? Which do you think came first, the success or the gratitude?”

2. Remind yourself: You can always find something to be grateful for.

Even if it’s a dead seagull.

Max Lucado reminded me of that when he wrote “In The Eye of the Storm.” He related the story of “The Man Who Thanked the Sea Gulls” or “An Old Guy And A Bucket Of Shrimp.”

Every Friday evening when the sun was starting to dip into the blue ocean, Old Ed would come strolling along the beach, clutching a bucket of shrimp in his bony hand. Everybody is gone, except a few joggers on the beach and Ed is alone with his thoughts … and his bucket of shrimp.

Before long, however, a thousand white dots come screeching and squawking, winging their way toward the old man. Dozens of seagulls have enveloped him, their wings fluttering and flapping wildly. Ed stands there tossing shrimp to the hungry birds. As he does, if you listen closely, you could have heard him say with a smile, “Thank you. Thank you.”

In a few minutes the bucket is empty. But Ed doesn’t leave. He stands there lost in thought, as though transported to another time and place. When he finally turns around and begins to walk back toward the beach, a few of the birds hop along the pier with him until he gets to the stairs, and then they, too, fly away. And Old Ed quietly makes his way down to the end of the beach and on home.

If you were sitting there on the pier and watching him, you probably would have thought the old man was “out of it.” Indeed, that’s what many of the Florida folks near him thought.

That’s too bad. They would have done well … as we all would … if they had known him better. After all, he was teaching a great lesson on gratefulness … that you can always find something to be grateful for.

But now … the rest of the story. Old Ed’s full name was Eddie Rickenbacker, a famous hero back in World War II. On one of his flying missions across the Pacific, he and his seven-member crew went down. Miraculously, all of the men survived, crawled out of their plane, and climbed into a life raft.

Captain Rickenbacker and his crew floated for days on the rough waters of the Pacific. They fought the sun. They fought sharks. Most of all, they fought hunger. By the eighth day their rations ran out and they were hundreds of miles from land and no one knew where they were.

They needed a miracle. That afternoon they had a simple devotional service and prayed for a miracle. Afterwards, Eddie leaned back and pulled his military cap over his nose. Suddenly, Eddie felt something land on the top of his cap. It was a seagull!

Old Ed later described how he sat perfectly still and with the flash of his hand, he managed to grab the gull. He wrung its neck, tore off the feathers, and made a very slight meal for his team of eight men. They used the intestines for bait, caught some fish, which gave them more food and more bait, a cycle they continued until they were rescued after 24 days at sea.

Eddie Rickenbacker lived many years beyond that ordeal, but he never forgot the sacrifice of that first life-saving seagull. And he never stopped saying, “Thank you.” That’s why every Friday night he would walk the beach with a bucket full of shrimp and a heart full of gratitude.

Interestingly enough, Eddie went on to become the founder and CEO of Eastern Airlines … something I suspect he never would have done if he had left his Pacific Ocean ordeal with bitterness instead of gratefulness.

3. Remind yourself: You can turn your gratefulness into a gift for others.

She’s become a big part of the Little Libraries movement sweeping across the country and around the world. You’ll see her sitting in her red jacket next to the Little Library Chalet. Initially she was concerned people would contribute books but no one would take any. But that’s not how it worked out.

Ginny’s gratefulness is catching on. As Dr. Sally Webb recently wrote me, “I was driving down Vine Street today and noticed a new little library. I turned around and went back. I went through it and found a book I had not read and took it. And of course I’ll return it after I read it and contribute more books.”

Take time to experience gratefulness. Now. You can always find something to be grateful for, and chances are, your gratefulness will light a spark of gratitude in someone else.

What are three things for which you are grateful today? And find another three things tomorrow, and the day after, forever.