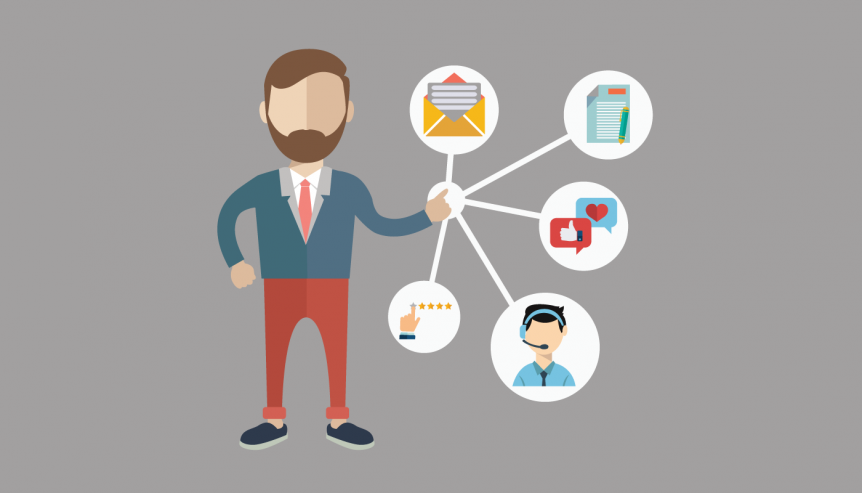 Happy 4th of July! We have so much to celebrate. Enjoy the holiday and give thanks for all your blessings.

Of course, the 4th of July is an American holiday. And I know my Tuesday Tips have a huge international audience. So let me address a question that everyone in the world asks: “How do I get people to do what I want them to do?” All leaders, managers, supervisors, team leaders, spouses, and parents everywhere ask the same question.

Last week I gave you three answers to that question. Let me give you four more strategies today.

4. Get a Commitment to Excellence.

Of course you want excellent behavior from everyone in your life and at your job. But many of the people around you are not excellent … or as good as they could be.

Difficult people respond to your requests by shrugging their shoulders. Customer Service Champions reply, “I’d be glad to help.”

So HOW do you turn less-than-excellent people into winners, superstar employees, and customer service champions? HOW do you get people to do what you want them to do?

Get their commitment to excellence.

That’s what Mike Krzyzewski, the basketball coach at Duke University did when they went into overtime in the NCAA Regional Championship game against Kentucky. Kentucky was leading with 2.1 seconds left.

During the final time out, Coach K told Grant Hill that he wanted him to throw the inbound pass to Christian Laettner who would be at the top of the key … 75 feet away. He said, “Grant, we need a three-quarter-court pass. Grant, can you make the pass?”

“YEAH, coach. I can DO it.” The coach got commitment.

Coach K then said, “Christian, you’re going to flash from the left corner to the top of the key. Christian, can you catch it?” Christian nodded that he could. But that wasn’t a strong enough commitment for Coach K, so coach pushed Christian a bit harder.

He got his commitment. Christian said, “If Grant can throw it, I CAN catch it and I can HIT the shot.”

As Brenda Ellsworth tells her team at Tastefully Simple, “It all begins with making a decision and saying, ‘This is what I’m going to do: I’m going to make it happen, no matter what!'”

Once you’ve got the other person’s commitment, then…

5. Use Praise and Reward.

When people strive for excellence, they typically do it for a reason. Maybe the work makes them feel good, helps them master a skill, or move ahead in their career. But there’s always a reason. As movie star Ava Gardner said, “I do everything for a reason. Most of the time the reason is money.”

Well, one of the main reasons people pursue excellence is because they want to receive praise. So give it to them. Praise excellent performance. You might be amazed at the difference it can make in someone’s life or career.

John Huber, one of my Tuesday Tip subscribers, made that clear. When someone recognized his excellence, his life and his work changed dramatically.

As John told me, “I worked with wood in high school and everything came naturally to me. So I assumed that what came naturally to me was natural to others. Boy, was I ever wrong! Anyway, after reading your Tuesday Tip, I decided to put my woodworking talents to use and build Christmas gifts for my family. The gifts turned out awesome, and it was the best Christmas for me … seeing the looks on my loved ones when they opened the gifts.”

John continued, “Later I happened to show one of my friends what I was doing with woodworking. He got interested, indeed excited, and wanted to help. We started showing pictures of my products to various people, found an investor, and to make a long story short, I am now one of three partners in a successful, growing woodworking company.”

Obviously, John’s friend gave him the exact praise he needed. You’ll learn all those skills … and dozens of other skills … in my new Extraordinary Success 2.0 Master Class coming in September. I will invite a maximum of 24 people to work with me for 10 weeks via the Internet to learn personal and professional transformational skills. If you’d like to be considered for this Master Class, just let me know.

Just don’t make the mistake of praising everything a person does … or praising ordinary performance. You’ll kill off the other person’s desire to do more or do better.

Praise extraordinary work … like the one man did when he walked out of church. He told the preacher, “That was a d— good sermon.”

The preacher replied, “Watch your language.” To which the man said, “Okay, it was a really d— good sermon.”

Again the preacher rebuked, “Watch your language.” So the man said, “In fact, it was so good I put $100 bill in the collection plate.”

So use appropriate praise … and then sprinkle in some appropriate rewards. As Bill Sims, Jr., president of The Bill Sims Company, says, “Recognition is key and when coupled with tangible awards you multiply its impact at least five times.”

Of course, as you push people towards excellence, they will make some mistakes. No problem. All you have to do is…

6. Correct Their Performance When It Is Less than Excellent.

Just don’t make the mistake of talking to someone about their “weaknesses” because they sound like permanent character flaws.

And a focus on “weaknesses” will turn a person into a pessimist … because he’ll think “That’s just the way I am. There’s nothing I can do about it.” That’s why one pessimist carries a card in his wallet that says, “In case of accident, I’m not surprised.”

Instead, when you’re correcting less-than-excellent performance, talk about the other person’s “improvement options.” That way you’re describing a process she can pursue. And she’s back on the road to excellence. And you’re back on the road to getting people to do what you want them to do.

7. Analyze the Excellence and the Resulting Success.

The best way to keep a person’s success going is to help him understand the reason it came about in the first place. WHY did things turn out right and HOW can he replicate that?

For example, if an individual had an unusually good month in sales, recognize it and ask him why. Did he use a different approach to prospecting or in closing the sale? Did he make more sales calls or approach a different type of clientele? Did he create a new presentation? By asking such questions, you help the other person make the most of his success.

In summary, excellence does not randomly strike like lightning. It’s the result of certain actions you take … in concert with other people. And if you take the seven actions I described, you’ll get people to do what you want them to do … to perform with excellence.

Action – Think of three questions you can ask an individual the next time you observe a success he is having. Ask questions that will help him understand what brought about his success so he can repeat his success.