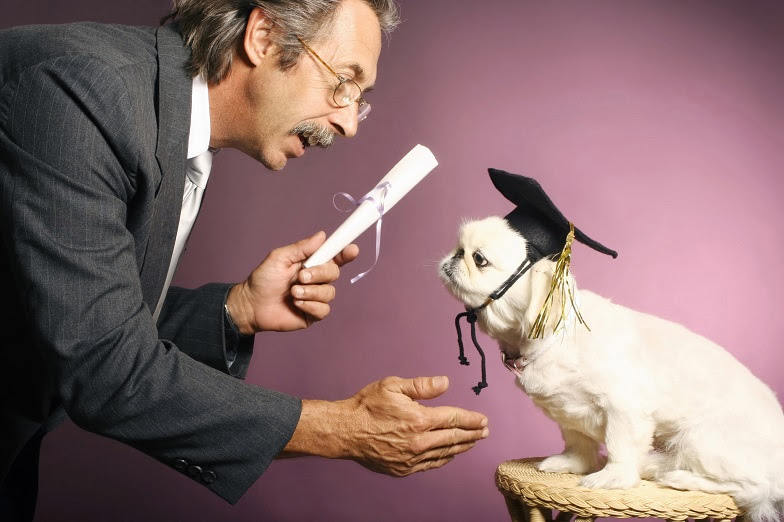 Of course, just because a certain fashion is no longer “in style” does not necessarily make that fashion bad. The clothing in the 1950’s probably served its purpose just as well as clothing does in the 2010’s. People simply like the look of something new, fresh, and different.

As an author and speaker who focuses on transforming the people side of business, I’ve noticed a similar trend in my industry. The so-called “in” topics are often nothing more than re-fashioned old concepts and practices. What used to be called “stress management” is now commonly referred to as “work-life balance.” What used to be called “delegation” is now called “empowerment.” And what used to be called Aristotle’s “7 keys to success” became Steven Covey’s “7 habits of highly effective people.”

None of that is bad. A new take on an old, time-tested set of truths and skills can be very useful. For example, I find today’s emphasis on “emotional intelligence” to be extremely important … and perhaps a better, more fitting terminology that what it used to called … “interpersonal communication.”

►1. Emotional intelligence is the most accurate predictor of success.

For years, we naively thought if people were intellectually sharp, if they had a high I.Q., got good grades in school and a high score on their SAT’s, they would undoubtedly become successful in their endeavors.

And some of our schools still struggle with this concept, somehow thinking that high grades in school translate to high levels of success at work and at home.

Dr. Daniel Goleman debunked that myth in study after study. In one study of Harvard graduates in the fields of law, medicine, education, and business, Goleman found that the scores on their entrance exams … which is another way of getting at someone’s I.Q. … had no, absolutely no, correlation with their eventual career success. Indeed, in many cases, just the opposite was true; the higher their scores on their entrance exams, the lower their levels of professional success later on in life.

When he dug deeper into studies such as that, Goleman found that a person’s Emotional Intelligence … or their personal and interpersonal skills … carried much more weight than a person’s I.Q. in determining which of the individuals would emerge as leaders. In fact, he concluded that no more than 25% of a person’s success could be attributed to I.Q.

And Goleman may have been generous in his conclusion. According to R. Sternberg in Successful Intelligence, a more careful analysis suggests the figure may be no greater than 10% and in some studies only 4%. That means that your I.Q. leaves 75% to 96% of your job success unexplained. Or put another way, up to 96% of your success can be attributed to your Emotional Intelligence.

What’s the point? If you want to get ahead, if you want to be outrageously successful, having a high I.Q. or just plain being smart won’t do it for you.

►2. What is Emotional Intelligence?

It has four components. They’re very much like the four corners of a building, where each corner represents a different set of skills. If ALL four corners are set right and are in good shape, you can make a very sturdy, functional building. And likewise, if you have all four parts of Emotional Intelligence mastered, chances are you will be a very happy and successful individual … on and off the job.

The first corner is Self-Awareness. You’re able to figure out your feelings and understand yourself. As Socrates advised thousands of years ago, “Know yourself.”

And many people don’t even have this first foundational piece figured out. They’re like the tombstone epitaph I saw in England that read, “Here lies a man who came into this world and left it without ever knowing who he was.

This last week, I spent every morning by the bedside of my decades-long mentor, feeding him, talking to him, praying over him, putting my ear close to his lips to hear his parting words as death overcame him. One of my biggest take-aways from all he taught me was one question: “What do you really, Really, REALLY want?” In other words, know yourself. Knowing what you really want is the beginning of a well-lived life, filled with purpose, achievement, and contentment

On a scale of 1 to 10, how would you score your Self-Awareness? Do you know everything there is to know about you or is there still room to learn more and create more?

It doesn’t work to tell the world, “This is who I am. Take it or leave it.” That’s not Emotional Intelligence. That’s emotional stupidity. Most people will choose to leave you behind if that’s how you behave.

The good news is Emotional Intelligence is not some inherited gene that you either have or don’t have. Emotionally Intelligent Self-Leadership is learned. Which means you can learn it and get better at it.

I know. I learned it the hard way, through lots of pain, dead ends, failed relationships, trial and error, wasted time, physical illness, and burnout. During the last few years, however, the research has revealed how anyone can learn and master Emotional Intelligence fairly easily and quickly.

Perhaps you’ll give me the privilege of teaching you how to do that in my upcoming five-week course.