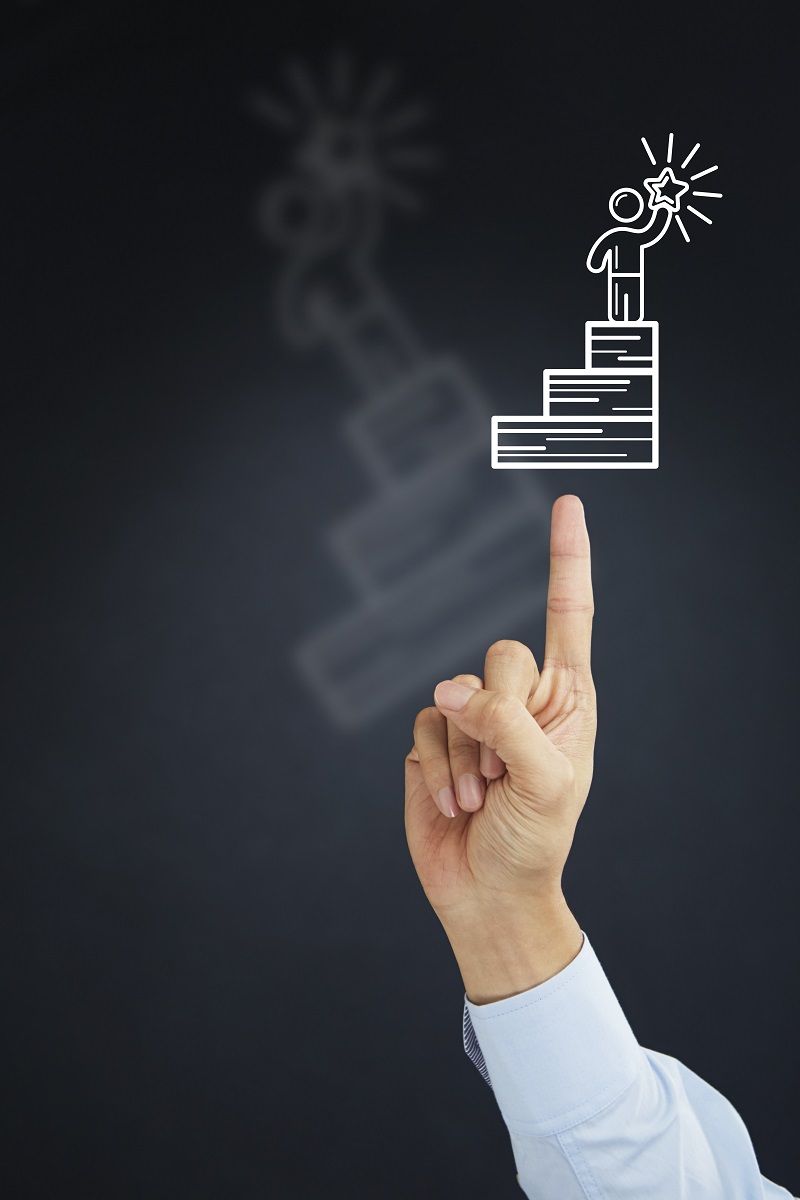 Lee Labrada, the bodybuilding Mr. Universe champion, taught me the difference between being a winner and being a champion.

Of course, at first, I thought it was nothing more than a semantic difference.  Both words meant the same thing.  No, not at all.

The dictionary says a champion is “one who wins first place or first prize in a competition.”  I disagree. That’s the definition of a winner. A champion is so much more than a person who comes in first place.

As Labrada says, “A champion is somebody you become through a process of self-improvement, sacrifice, service, and yes, the attainment of goals normally out of reach of all except those willing to pay the price.”

I agree.  In my speaking business, I’m hired by organizations who want me to teach their people how to become champions. After all, to compete in today’s crazy world, you need a workforce where everyone is a champion.

So what can you do to become a champion at work, in life, and at home?  Here’s my list for starters. Read through the list and see how well you stack up in each of the categories.

You’ve got to know what you really, Really, REALLY want.  As Charles C. Noble pointed out, “You must have long-range goals to keep you from being frustrated by short-range failures.”

What about you?  Do you have meaningful, specific, and written goals for today, this week, this month, and this year?  Most people don’t, which is terribly unfortunate.  Without clear goals and a focus on those goals, it’s almost a certainty that you’ll end up somewhere you don’t want to be.

You will never become a champion by waiting for it to happen. You’ve got to do something.  As Conrad Hilton, the founder of the Hilton Hotel chain said, “Achievement seems to be connected with action. Successful men and women keep moving.”

Another way of putting it, champions are starters and doers. Trainer Joe Sabah noted, “You don’t have to be great to start, but you have to start to be great.”

Champions adhere to a secret source of power.  They know that “I must do something” will always solve more problems than “Something needs to be done.”

Side note:  Did you ever stop to think that you’ll be the same today and five years from now except for two things … the education you receive and the lessons you apply?  That’s why I’m constantly urging you to aggressively pursue continuing education.

And to make that easier for you than ever before, I’m offering my Fall Special.  All programs booked between now and the end of November … and delivered at your chosen time … will receive a huge savings.  Click here for more information.

Many years ago, I was asked, “Alan, do you like pleasing habits or pleasing results?” As I pondered the question and squirmed in my chair, I knew I had been doing it all wrong.

A few moments later, I answered, “I like pleasing results.” From that moment on … my life changed. I began to do the things that needed to be done … whether or not I felt like it.

What about you?  Are you mature?  Are you a champion?  Are you living by your commitments rather than your feelings?

Or are you immature, constantly letting yourself off the hook by saying such stupid things as “I don’t want to” or “I just don’t feel like it?”

George Sheehan commented on that. He noted, “There are those of us who are always about to live. We are waiting until things change, until there is more time, until we are less tired, until we get a promotion, until we settle down — until, until, until. It always seems as if there is some major event that must occur in our lives before we begin living.”

In reality, Sheehan gave a great description of a loser. Losers are afflicted with the “soon-as” disease. “Soon-as” certain things happen, they’ll get to work on their goals.

By contrast, champions do it now. They know some moments are better than others for action, but there is never a perfect moment. So they do it … NOW … if at all possible … and if at all sensible.

Mark Twain, the great American novelist, knew about the importance of doing it now. He said, “Twenty years from now, you will be more disappointed by the things you didn’t do than by the ones you did do. So throw off the bowlines. Sail away from the safe harbor. Catch the trade winds in your sails. Explore. Dream. Discover.”

► 5. A champion has a positive attitude.

► 6. A champion holds himself accountable.

When a champion wins, he gives himself credit for his successes. And when he loses, he takes responsibility for his failures.

The champion doesn’t blame others for her shortcomings and she doesn’t make excuses for her setbacks. Instead, she looks for the lesson in her failures and looks for ways she can improve.

In my leadership programs, I list “Accountability” as one of the characteristics of a highly effective leader.  I tell my audiences that they must “holds themselves accountable for their COMMITMENTS and their RESULTS.”

If you don’t do that, you’re a chump. And I challenge you to add accountability to your list of strengths, skills, and abilities.