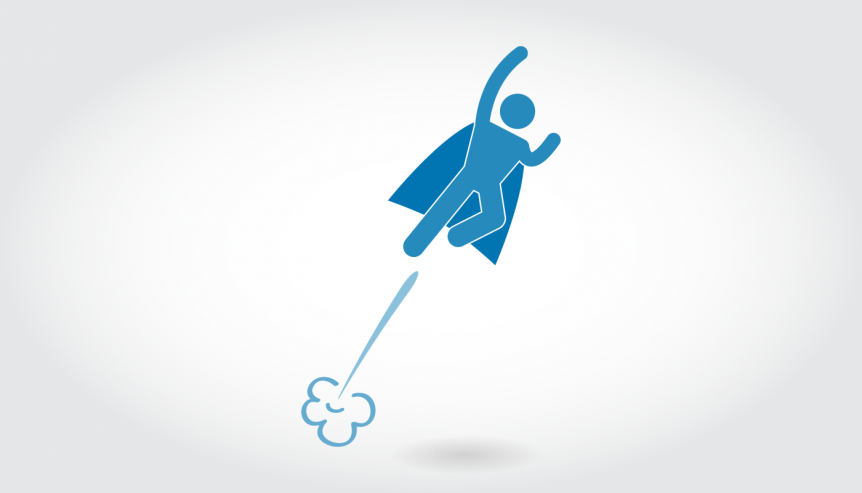 Well there aren’t any secrets. You can read all the books on leadership and you will find most authors say just about the same thing. They just use different words.

There are certain traits that great leaders exhibit. To the extent you can master and exhibit the same traits, you’ll be more effective in getting others to excel.

Let’s see if you can guess the first trait. Let me ask you, “How many great, really great teachers did you have in all your years of schooling?” Most people tell me “one, two, three, or four.“

Then let me ask you, “How many teachers did you have over the years?” Most people tell me “dozens.” Now that’s strange. It’s also sad. You had dozens of teachers, yet so few of them were really great.

When I probe a bit deeper, when I ask people what made those teachers great, I usually get the same answer. Can you guess? They usually say,

Caring! It’s the first trait exhibited by almost every great leader. It may sound like a very soft, touchy-feely thing, but it works.

Barry Alvarez knew that. In fact, he was named National Coach of the Year in 1993, the year his University of Wisconsin football team won the Rose Bowl.

He started doing that the very first day the freshmen players came in. He gave them each a pencil and paper and told them to write their parents. They were to tell their parents they loved them.

Alvarez knew that if he could strengthen the emotional expression the players gave their parents, it would be easier for the players to say they cared about each other.

After the players were there a while, he would bring them together for some “team building.” He would ask each of them to talk about the teammate they most respected.

Often times, their choice would come as a surprise. One player, for example, picked out a kid who wasn’t even there on a scholarship. He said, “I respect him the most because he’s been here for years and busted his tail all this time and never complained.“

(Side note: Personally, I find this secret of caring so powerful that I spend a good portion of my Journey to the Extraordinary program on it. And just so you know, the next offering of the Journey will be in Atlanta, GA on April 7-8, 2016. Registration will not open until mid-January, but I wanted you to know the dates so you can put them on your calendar.)

Perhaps no one is more recognized for his leadership than Abraham Lincoln. And when you examine all the books written about him, you will find a lot more emphasis given to his caring than his strategic planning, brilliant programs, and media savvy.

As an example, President Lincoln often visited hospitals during the Civil War to talk to wounded soldiers. One time a doctor pointed out a soldier near death and Lincoln went to his bedside. He asked, “Is there anything I can do for you?“

The soldier didn’t recognize Lincoln and, with some effort, he was able to whisper, “Would you please write a letter to my mother?“

A pen and paper were provided and the President carefully wrote down what the young man said. “My dearest mother, I was badly hurt while doing my duty. I’m afraid I’m not going to recover. Don’t grieve too much for me, please. Kiss Mary and John for me. May God bless you and father.“

The soldier was too weak to continue so Lincoln signed the letter for him. He added, “Written for your son by Abraham Lincoln.“

The young man asked to see the note and was astonished when he discovered who had written it. “Are you really the President?” he asked. “Yes, I am,” Lincoln replied quietly. Then he asked if there was anything else he could do.

“Would you please hold my hand? It will help to see me through to the end,” said the soldier. And so, in that hushed room, the tall gaunt President took the boy’s hand in his and spoke words of encouragement until the boy passed away.

Could the same thing be said about you? That you care deeply about the other people in your life and in your work? If so, you’ve mastered the first secret.

The second secret of effective leadership is in short supply today. It is…

Now that’s a novel concept, isn’t it? Telling the truth! You catch my sarcasm, I’m sure. But effective leaders DO NOT spin their comments in hopes of getting better ratings.

You see, when you tell the truth, you are telling the other person that you care about him or her. You are saying that people have a right to know what is happening, why it is happening, and what the next steps will be.

And truth-telling communicates respect. Great leaders know that silence, double talk, or delayed truth telling will create unnecessary anxiety in people and they respect people too much to put them through that kind of stress.

“The supreme quality for a leader is unquestionable integrity. Without it, no real success is possible, no matter whether it is on a section gang, a football field, in an army, or in an office. If a man’s associates find him guilty of phoniness, if they find he lacks forthright integrity, he will fail.”

That’s the second secret. And finally, for today’s Tuesday Tip, great leaders who get others to excel have…

In fact, they have high expectations. They don’t let people get by with mediocrity.

Think about it. Think back to high school. Think about the teacher who let you goof off or slide by. You might have enjoyed the easy ride while you were getting it, but you also lost respect for yourself and that teacher. No one can really feel good about herself when she just “gets by.“

By contrast, think of the teacher who made you work, work, work. She kept saying “You can do it and you’re going to do it.” You may have disliked that teacher for a while, but that was the teacher you respected the most and that was the one who brought the best out of you.

One of my CEO friends credits his success to his mother who practiced this third secret. As he puts it, he was the youngest of ten children and his father died when he was in the seventh grade. So his mother raised all the kids by herself. She worked as an assembly line worker and as a cleaning lady, but she had very high expectations for each of her children.

How about you? Do you expect the best from your coworkers? Even your family members? Or do you figure, “That’s just like him … to do just enough to get by?” Your expectations always come through and they always affect the outcome you’re going to get.

Every leader should know the three secrets of caring, integrity, and expectations. Effective leaders, however, go one step further. They actually put those three secrets into practice.