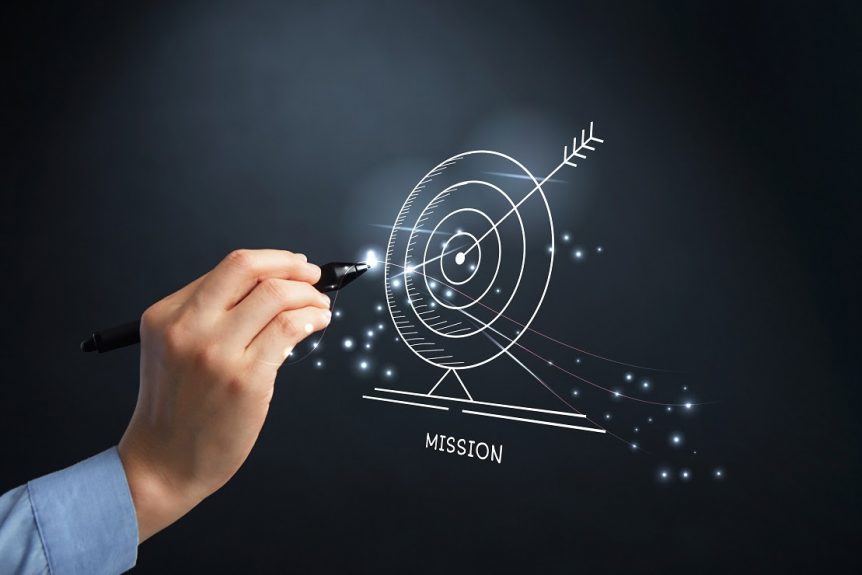 Imagine that you’re sitting on a plane. The captain comes on the intercom and says, “Thank you for choosing our airline. I’m not exactly sure when we’ll take off or when we’ll arrive. As a matter of fact, I’m not even sure where we’re going. Hopefully, we’ll get to where you want to go at the right time. For now, just sit back and enjoy the ride.”

You would probably think, “That’s the dumbest thing I’ve ever heard — a captain who doesn’t know where he or she is going. I would NEVER want to be on a plane like that!”

The sad truth is that’s exactly where hundreds of millions of people are. They’re on a plane. It’s called their life. And each one of those people is the captain of their own lives. But they’re not headed in any particular direction and they don’t have a clear plan of how and when they’ll get there.

Maybe you’re one of those people. Or you know some people like that. Then, please, let me give you a few tips to help you turn that around.

►1. Let the critical importance of goal setting sink into your mind.

Without clear, written, meaningful, specific goals, you’ll end up somewhere you don’t want to be.

All those things, and most other difficulties in life, can be traced to two causes: 1) not having any clear, power-releasing goals to be somewhere else than that, and 2) not using a step-by-step, goal-achieving process.

Let that sink into your mind. Goals are critically important. Without goals you’re going to end up somewhere you don’t want to be. With goals, you’re going to get the very best that life has to offer.

Marilyn Schilling, an Administrative Office Manager at the world’s most respected medical clinic, can testify to that. After learning and using my goal-setting process, she told me,

“In the beginning, I thought your process was merely a nice, positive turning point in my life – both personally and professionally. I’ve now come to realize it was a life-changing event.”

“I was stuck in a rut of low self-esteem. I had lost my ability to be assertive at work and I had lost my focus in so many ways. And then your goal-setting system gave me an incredible set of powerful tools that changed all that.”

“With my goals written out, I started a weight-loss program and have already lost 10 pounds. At work, I learned how to work with difficult people … when necessary … and I’ve made progress on projects that I didn’t think I could do before. I am no longer letting the negative talk get into my head, and my positive attitude is coming back because of what you taught me. If I don’t watch out, I might start humming out loud again!”

Thanks, Marilyn, for your feedback.

Of course, there’s always a skeptic or two that will challenge me and say, “What if don’t reach my goals. I’ll just end up being disappointed.” I tell them that’s stinkin thinkin because …

►2. Goals will release your energy to achieve more than ever.

I know it sounds corny, but there’s a cliché worth remembering. It says, “Shoot for the moon. Even if you miss, you’ll land among the stars.”

Put another way, when you set your goals, when you follow a goal-achieving process, even if you don’t achieve 100% of them, you’ll still be way better off than if you never even bothered to set your goals in the first place.

When you have exciting goals, however, all sorts of powers are released within you. Inertia and procrastination are thrown out the window.

Perhaps you can relate. You may have a tough time getting out of bed in the morning. You push the snooze button or your alarm clock two or three times, and you slowly, reluctantly get yourself ready and off to work. After all, you figure, yesterday wasn’t too exciting at work and today doesn’t promise to be any better.

But let’s say, by contrast, you get an early morning phone call. You’re told by a reputable source that you’ve just won a trip to Hawaii and a half million dollars — provided you can be on the plane in five hours.

I suspect that new exciting goal would motivate you to achieve more that morning than you’ve achieved in the last thirty mornings put together. You would find places to send the kids and take the dog and you would find people to fill in for you at work. You would be flying high instead of griping about your busy schedule or the drudgery of “another day, another dollar.”

All of that energy and accomplishment comes flooding out of you simply because you had an important and exciting goal to achieve. That’s what goals will do for you.

People with clear, strong, invigorating goals live their lives. I mean they really LIVE them — deeply, fully, each and every day. They don’t waste any of their emotional energy muttering such pitiful comments such as “I’m so busy” or “I don’t feel like it” or “I’ve got just five more years, three months, and two days and I’m out of here.” In essence, people without goals are not living their lives. They’re simply enduring them.

In the movie, Braveheart, Mel Gibson portrayed the famous Scottish warrior. And he summed it up better than most. Braveheart said, “Everyone dies, but not all people actually live.”