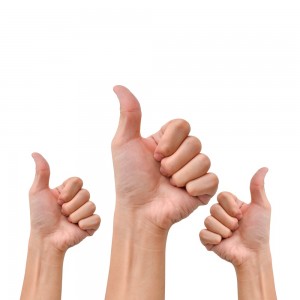 Too many people and too many companies reward the wrong behavior — without realizing it. For instance, Management Review magazine cited a manufacturing company that rewarded maintenance mechanics for “wrench time.” The longer it took them to fix a problem, the more they were rewarded. In effect they were punished for time spent analyzing problems and performing preventative maintenance.

In other examples, a pizza company focused its reward system on the on-time performance of its drivers, and in so doing inadvertently rewarded reckless driving. An insurance agency rewarded sales agents for the number of calls they made — and ended up with fewer actual sales and a larger telephone bill.

Finally, a freight company based its reward system on the number of packages shipped. It thought its productivity had gone way up until an internal audit revealed that only 45% of the containers were being shipped full.

If you want superior performance from employees, you’ve got to be sure you’re reinforcing the right behavior.

Dr. Irene Kassorla learned that when she worked with Charlie, who had spent 30 years doing nothing and saying nothing. Whenever Charlie made a response she liked, Dr. Kassorla would say, “Good, Mr. Blake” or “I like that sound you’re making.” When Charlie was mute, Dr. Kassorla would turn her head for ten seconds. Within a month, Charlie Blake was talking, reading the newspaper aloud, and conversing with Dr. Kassorla.

By reinforcing the behaviors she liked, she transformed Charlie in a very short time. You can do the same thing with your colleagues and employees.