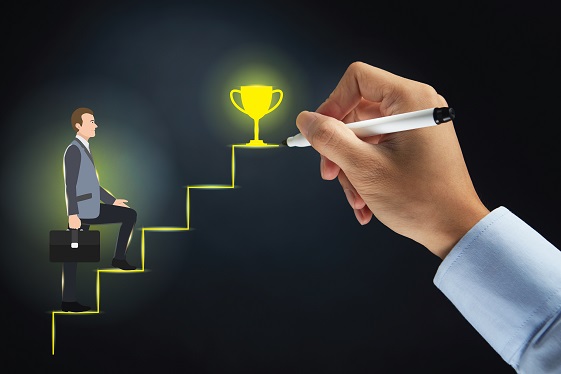 Of course you have.  The world is filled with both types of people.

So what’s the difference between those two types of people?  It all comes down to one word: Performance.  As   Harold S. Geneen, the former CEO of ITT, put it, “Performance is your reality. Forget everything else.”

In other words, it doesn’t matter how hard you try, how good your intentions are, or how creative your excuses might be, in the real world the only thing that counts is Performance.

Champions know this.  In fact, Champions live and breathe Performance.

And my research has uncovered 6 Performance Secrets that every Champion employs.  I shared those secrets with Nationwide Insurance when I was speaking to them a while ago and wanted to share them with you as well.   (F.Y.I.  Should you be interested in having me deliver that program at your next meeting, feel free to drop me a note at https://www.drzimmerman.com/contact-us.)

Champions don’t wait for success to fall in their laps and they don’t wait for their lottery ticket to be chosen. They keep on doing the things that will get them closer and closer to their desired goals.

As author, professor, and coach David J. Schwartz puts it, “Life is too short to waste. Dreams are fulfilled only through action, not through endless planning to take action.”

Max Steingart took it a step further when he wrote his poem entitled, Success Requires a Willingness to Act.

If you want to be successful, you can start at any time.

But you must start.

Don’t make the mistake of not doing anything because you can only do a little.

Do what you can do.

It will always be your attitude at the beginning of any difficult task which, more than anything else, will affect its successful outcome.

To be aware of what you want and not go after it, to spend years wondering if something could have materialized, and never knowing if it could have been, is a tragic waste of your life.

The worst thing you can do is not to try.

Champions are action oriented.  But they also apply…

In other words, Champions give it their all … all the time.

Unfortunately, too many people flounder when it comes to this point of “consistency.” They have their “good days” and their “bad days”. They excel at certain tasks, while other times they “just don’t feel like it”. That’s not only ineffective and unprofessional; it’s also the opposite of how Champions behave.

Real Champions are characterized by consistent performance in all the roles they play … unlike the two fishermen who were having great problems on Lake Isabella, near Bakersfield, California.

No matter how hard they tried, they couldn’t get their brand new 22-foot boat and motor to work well. It was very sluggish in almost every maneuver, no matter how much power they applied. After about an hour of trying to make it go, they sputtered into a nearby marina, thinking someone there may be able to tell them what was wrong. A thorough topside check revealed everything was in perfect working condition.

Finally, one of the marina guys jumped in the water to check underneath. He came up choking on water, he was laughing so hard. Under the boat, still strapped in place, was the trailer!

Obviously, these two guys might have performed well at some things in life, but their performance was not CONSISTENTLY effective.

Champions have a certain degree of passion that keeps on driving them.

As champion film maker and producer George Lucas describes it, “You have to find something that you love enough to be able to take risks, jump over the hurdles and break through the brick walls that are always going to be placed in front of you. If you don’t have that kind of feeling for what it is you are doing, you’ll stop at the first giant hurdle.”

Of course, some people tell me they’re just not the passionate type.  They mistakenly think they could never have the passion they need to be highly successful in their lives, careers, and relationships.

Well, that’s baloney.  That’s ignorance talking.  A person can learn to be passionate.  I teach people how to do that every day.

Champions know that getting ahead is too complicated to do it all by themselves.

So they engage the cooperation of others by helping the people around them.  For example, they generously share information that might help others … rather than hoard it in their own tiny little silos. They generously share their time, helping others succeed.

As Maria Urani, the Vice President of Nationwide Insurance, where I delivered these six secrets, says, “Seek to improve the performance of others and the organization. Their success will rub off on you.”  In other words, it’s very difficult, if not impossible, to help others without receiving some benefit in return.

In today’s highly competitive world of business, we desperately need more Champions or more people who will help other people.  According to Talent Management magazine, the percentage of employees willing to go the extra mile for the company and their teammates has fallen as much as 24% in the past 18 months. Alignment and engagement has become a huge issue.

Their conclusion? If you want to get ahead, you need to be more helpful to others.  The road to greater success is not paved with a singular focus on yourself but with a more inclusive team-oriented approach.

Champions are always looking for feedback. They want to know how well they’re doing and how they can get even better. They’re the ones who welcome performance reviews as a chance to improve. And they’re the ones who take a Winston Churchill attitude, who said, “I am always ready to learn, but I do not always like to be taught.”

By contrast, losers, poor performers, or your just-enough-to-get-by friends and colleagues don’t want any feedback. They don’t even want to be noticed. They just want to collect a paycheck and go home.

Be a champion.  Get lots of feedback.  Learn from it.  And then APPLY it.

Champions often deserve praise and receive praise, but they accept that praise with grace … without bragging. They take pride in their work without being proud.

I remember the day I made that change in my attitude. As a young speaker who was in constant demand across the country, who was elected along with President Ronald Reagan and General Colin Powell to be in the Speaker Hall of Fame, I thought I … me, me, me … was really hot stuff.

As I matured, my whole outlook changed.  Now, before I go on stage, I take a moment to think, “There they are … my audience. What an honor, what a privilege it is to speak to them.”

I learned to take pride in my work but not be proud.  Much like what Red Aurbach, the great basketball coach, talked about. He said, “Take pride in what you do. The kind of pride I’m talking about is not the arrogant puffed-up kind; it’s just the whole idea of caring — fiercely caring.”

There you have it.  The 6 Performance Secrets of Every Champion.  Which one will you focus on this week?