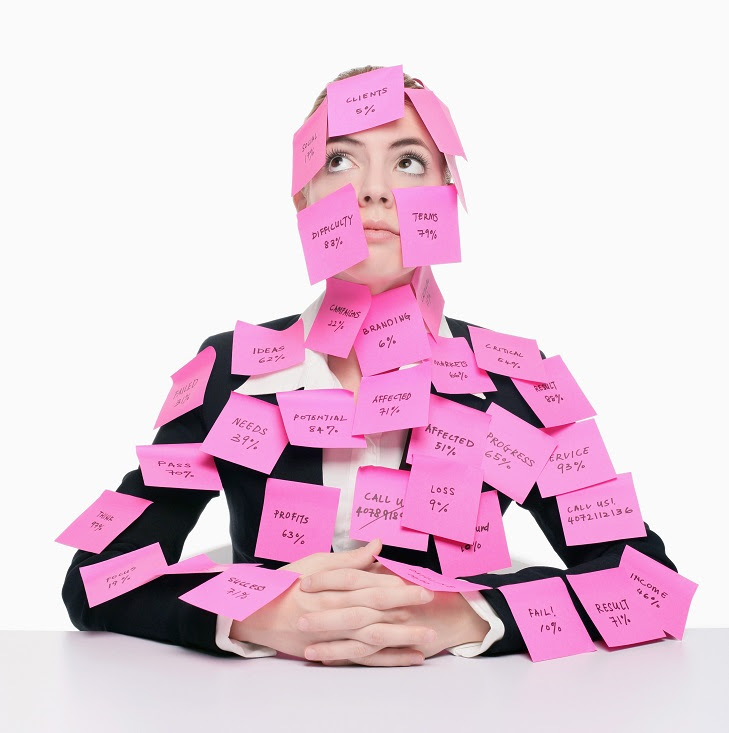 My overall theme for the year is BE FREE IN 23. Be free of everything that is getting in the way of God’s and your plan for your life.

To finish last year, I gave you 13 different strategies that could bust up any stress habits you might have. You can use those 13 strategies anytime, everyday to BE FREE IN 23. Today I’ll finish up my “15 Great Ways To Bust Your Stress Habits.”

To bust your stress habits, to take more control of your life and the outcomes you get, you have to accept the fact that what you want almost always is accompanied by some unpleasant necessities. Oh sure, you can whine, complain, and stress about those unpleasant details, but that won’t make them go away.

It’s like the story one of my 3M audience members related to me. She said her teenage daughter had just received her first paycheck, but her daughter was complaining that it was less than it should have been. The mother carefully explained how the state, federal, and Social Security taxes were subtracted from the gross pay. But her daughter only complained more vigorously. She said, “Mom, you don’t understand. I didn’t give them permission to take those things out of my check.”

No young lady, you don’t understand. The good things you want, the good things your paycheck will purchase, is almost always preceded by unpleasant necessities — such as hard work and taxes.

To BE FREE IN 23, to be free of the stress brought on by whining and bemoaning, accept the fact there may be unpleasantries along the way, but you can keep on making progress … indeed great progress … IF you are equipped with the right training.

As Prime Minister Winston Churchill said, “It’s no use saying you are doing your best. You have got to do what is necessary.”

What unpleasant necessities do you have to accept so you can keep on making progress towards your goals? Be aware of them and then commit yourself to keeping on despite them.

And what are you going to do to create a new and better you in 2023?

►15. Pause a second or two before you respond to someone else.

As I’ve outlined several stress busters these last few weeks, I will finish this series with a horrible, despicable, stress inducer. It’s the way so many people talk to each other, which may possibly include you.

In conversational settings, I’ve noticed that many people start talking before someone else finishes. They interrupt or interject.

Other people talk over the other person or talk at the same time as the other person. I see it almost every time there’s a political talk show on TV or a controversial topic is brought up. It’s rude, unproductive, and stressful.

And I’ve noticed that very few people truly listen to each other. At best, they only wait for the other person to shut up so they can say what they want to say.

Instead of engaging in any of that behavior, I implore you to slow down your conversations. Take at least a second or two before you respond to someone’s comment. It will feel strange perhaps, and you do take the risk of someone else jumping in and taking over the conversation. But when you do speak, you’ll come from a place of greater peace, less stress, and more thought, all of which will garner the respect of others.

By contrast, when you don’t take that second or two to think before you speak, you may say something you wish you wouldn’t have said … which will often get a snarky response from the other person.

It’s like the man who got so irritated with his girlfriend that he finally said, “I don’t understand how women can be so incredibly beautiful but so incredibly stupid.” She replied, “I think it’s God’s will. He made us beautiful so you would love us, and He made us stupid so we would love you.”

You can imagine that conversation didn’t go so well. But it might have been less stressful and more effective if the man had taken a second or two to think before he spoke.

When you slow down your back-and-forth conversations, when you make sure you understand the other person, when you get the facts and get them straight, you save yourself a lot of stress.

For example, I remember the story my grandfather told me about the time when he and my grandmother went to a party. He noticed that Grandma was grouchy and aloof the entire time. So on the way home he asked her why. She said, “You wouldn’t understand. You didn’t have to wear a girdle.”

Instead of pausing for second or two to get more facts, later that night, after bed, Grandpa tiptoed into the bathroom and felt around in the dark until he found that rubbery thing that had so upset his wife. He put one foot in just to see what it was like. He had to push and pull really hard because his foot didn’t want to go in, but eventually pop he got one foot in. And then pop the other foot. When he got the girdle around his knees, he tugged, lost his balance, and hit the shower floor. But he wasn’t giving up.

When he finally got it up to his chest, the lights came on, and there was Grandma standing in the doorway. He said he’ll never forget her words, “What the heck are you doing wearing a hot water bottle?”

True story? I don’t know. My grandfather was always telling stories and all my life I loved to listen to his stories. I learned from them and was entertained by them. That’s part of the reason I became a professional speaker.

But the lesson in the story above is worth remembering. You can avoid an awful lot of stress if you take the time to listen well, to get all the information you need, before you respond.