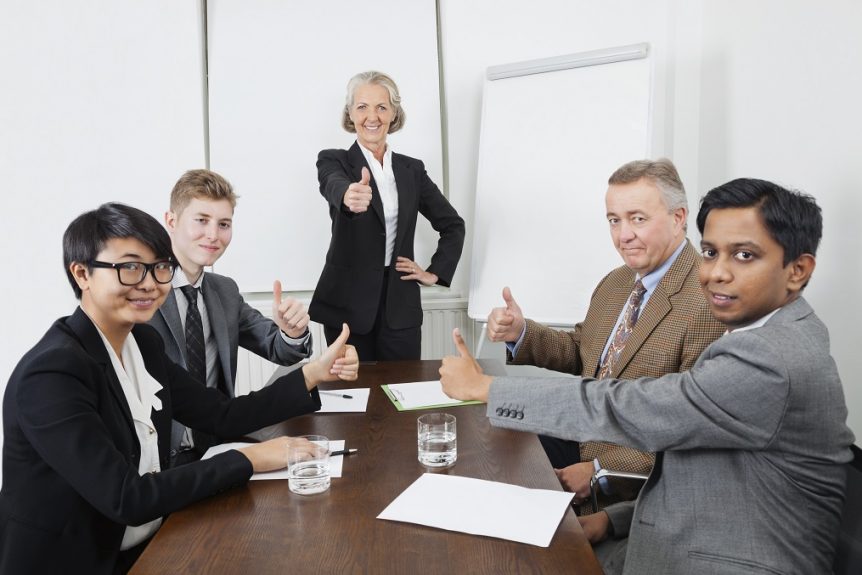 As a professional speaker and leadership coach, I can read your mind. Well, sort of. But I do know the ONE question that has cost you more time, money, and energy than anything else in your life.

The question that’s been bugging you and everyone else in this world is … “How do I get people to do what I want them to do?”

However, it’s not good enough to know what the question is. You must also know what you’re going to do about it. Let me suggest the following.

► 1. Recognize the cost of the question.

In other words, recognize the fact that everyone asks this same question. All leaders, managers, salespeople, team members, husbands, wives, parents, and friends are asking “How do I get people to do what I want them to do?” The same goes for every business, organization, country, and the politicians in those countries. Everyone is trying to get the full and willing cooperation of others.

Also recognize the fact that you and others have spent millions of dollars and billions of hours on trying to find the answer. Much of your conversations where you pour out your heart, most of your prayers, and many of the seminars you’ve attended have focused on finding the answer to this crucially important engagement-cooperation question.

The good news is there is an answer to your question. Indeed, I’ve delivered hundreds of programs and coached hundreds of people on how you can get people to do things … in the most caring, effective, and non-manipulative way.

In the next few issues of the Tuesday Tip, I’ll share as much of that answer as time allows. And on June 17, 2021, I’ll deliver a webinar that lays out the exact step-by-step process you can use to get the cooperation you need to bring about the results you want in your business or personal life.

► 2. Cooperation starts with the interest principle.

By nature, people are primarily interested in themselves. I’m sure you’ve noticed it. You can be at a gathering with your friends, family members, coworkers, and customers, where lots of people are talking. But you walk away from the event, saddened by the fact that very few people, if anyone, asked you any questions about you and your life.

If you want people to do things, don’t fall into that self-absorbed trap!!! Because the cooperation process starts with this principle: The more interest you show in others, the more interest they will show in what you want them to do.

For example, teachers want their students to learn something and then do something with that learning. It’s the cooperation they’re looking for, even though they might go about it in the wrong way.

Jim Collins, the author of Built to Last and Good to Great, had to understand that before he himself became an effective cooperation gainer. Early in his teaching career, a colleague sat him down, and said, “You spend too much time trying to be interesting. Why don’t you invest more time being interested?”

His colleague continued, “By practicing the art of being interested, the majority of people can become fascinating teachers. Nearly everyone has an interesting story to tell.”

How much interest … real interest … do you show in others? How much effort do you put into hearing their story? The better you are at this, the better you will be in getting people to do what you want them to do.

The same principle applies to your personal relationships. Almost everyone wants to feel loved, connected, or that someone else is really and truly interested in them. Unfortunately, there are more people who want to be loved than are willing to do the loving. As one young woman said, “I was involved in a triangle. He and I were both in love with him.”

In another case, one young man asked his girlfriend if she loved him. “Yes, I do,” Suzanne said.

“Would you die for me?” Jason continued.

Again, I urge you to ask yourself: “How much interest … real interest … do you show in others?”

My organization was recently hired by an organization to figure out the cause of their severe morale and motivational problems. So we interviewed lots of their managers and employees.

During the interviews, we kept hearing the same thing over and over again. The people kept saying, “They don’t seem to care about us… They’re not interested in us… They never ask us what we think… They don’t listen to us.”

Did you catch that? The lack of listening by the top leaders made everyone else feel they weren’t interested in them. A listening skill was missing, which in turn cost the organization huge amounts of money and lost productivity, and now was costing them even more to hire a consulting firm like mine to figure it out and tell them.

If you’re going to get people to do things, you must LISTEN to them.

Some time ago I heard a doctor address a group of medical interns who were about to finish their residencies. He asked them, “Do you know who the leading doctors are in any community?” He said, “The leading doctors are the ones who are able to make their patients feel like we’re really interested in them.”

“And how do you that?” he continued. “You walk in your examining room or their hospital room, look them in the eye, ask them how they are doing, and really, really listen, and they’ll probably get well.”

In other words, those patients will probably follow your orders and will be much more likely to get well. All due to the amount of interest you show by the amount of listening you give.