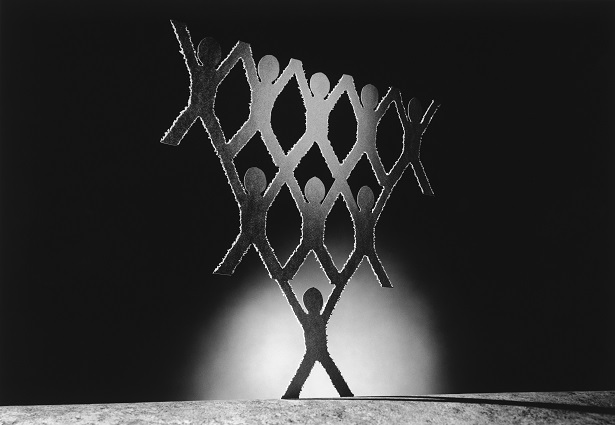 No matter who wins the Presidential election today, about half the country will be happy and relieved while the other half will be unhappy and scared. There seems to be almost no middle ground.

But I would suggest that both sides of that argument have got it wrong, at least in part. The most successful people in life, in business, and in relationships are successful in their endeavors no matter who’s in the White House, because they take personal responsibility for getting the results they want.

The question is: How do you get personal responsibility to work for you?

► 1. Take responsibility to get the training you need, BEFORE you need it.

And that’s pretty much the way Olympic athletes do it. Take Rulon Gardner, for example. He was the wrestler who won the gold medal at the Sydney Olympics. But how he did it was even more amazing.

Gardner beat the great Russian, Aleksandr Karelin, who hadn’t lost in 13 years. In fact, he hadn’t even been scored on in 10 years.

So how did Gardner do it? He took personal responsibility for his grueling preparation. He’d wrestle the best wrestlers in the country for a minute each, facing one immediately after another. He’d do this for 10 to 15 minutes at a time with no breaks.

A typical wrestling match is three, three-minute periods with a much-needed breather in between. But Gardner’s training was akin to running a 200-yard sprint up a steep hill, full speed, wearing a harness with someone behind him trying to hold him back … and then trying to swim 100 yards with weights strapped to his back with someone holding his legs.

Gardner said this “over-training” helped him the most when he needed it the most … in the last seconds of the match against the Russian. With both of them dead tired in the final seconds of the final period, Gardner broke from the hold Karelin had on him to score a point.

Final score: Gardner 1. Karelin 0. The gold medal went to Gardner and ranks as one of the biggest upsets in sports history.

What about you? Do you take personal responsibility for getting yourself trained … BEFORE the problems inevitably hit your business, your job, life, or marriage? Or do you wait for the problems to come … and then wonder how you’re going to handle them?

It all comes down to personal responsibility. Are you doing what you can to get the training you need or are you waiting for your company or manager to give you the training? Champions never wait.

► 2. Personal responsibility grows in the process of overcoming setbacks.

Gardner knows that. Sometime after winning the Olympic gold medal, Gardner was snowmobiling in Utah. He got lost, plunged into a half-frozen slushy river, and when he tried to walk his way back to safety, the four feet snow swallowed his legs with each laborious step.

Exhausted, with his clothes soaking wet, and the temperature dropping to 25 degrees below zero, he nodded off repeatedly, battling sleep, knowing that a long sleep would mean certain death. But Gardner was determined to stay awake, to hang on … even though every nerve in his body ached for sleep. Gardner refused to give up.

Some 17 hours later he was rescued. He could no longer feel his frozen feet. And the doctors had to cut off his boots … only to find his frozen feet, wooden to the touch … just like his frost-bitten hands. The doctors thought his hands and feet wouldn’t make it, and they gave him little hope of ever walking or performing everyday routine tasks again. Wrestling was certainly never going to happen again.

But Gardner thought otherwise … even though they had to amputate one toe. And amazingly enough, Gardner came back to win another medal in the next round of Olympics.

Could the same be said of you? Do you refuse to let your setbacks kill off your dreams, snuff out your motivation, and have the last word?

As strange as it may seem, your setbacks can be a blessing in disguise. As Helen Keller noted, “The marvelous richness of human experience would lose something of rewarding joy if there were no limitations to overcome. The hilltop hour would not be half so wonderful if there were no dark valleys to traverse.”

Simply put, victories that come too easily are seldom savored … because there is little or no personal responsibility for that victory

Losers believe they are entitled to success, wealth, happiness, and position. So they wait for it to fall into their laps rather doing something (or lots of things) to make it happen.

Indeed, as philosopher Jim Rohn says, “It’s too bad losers or failures don’t give seminars. Wouldn’t that be valuable? We could sit back and say, ‘Pete … Henry … Mary … Jessica, you’ve screwed up your life for forty years. If I bring a notepad and promise to take good notes, would you spend a day with me? Would you teach me all the things NOT to do?’”

By contrast, champions seldom think about being entitled to the good things in life … without working for them. Champions adhere to Winston Churchill’s admonition, that “The price of greatness is responsibility.”

In fact, we’re designed with this internal desire to learn, master, and conquer. That’s why little kids say … with great pride … when they dress themselves, tie a shoe, or cut their own meat … “I did it myself.”

Misguided parents jump in and say, “Here, let me do that for you.” They don’t want to see their kids struggle. But by jumping in to help, these same well-intentioned parents rob their kids of any chance they might have to learn the art of personal responsibility.

Managers often do the same thing and then wonder why they’re so overloaded and so out of balance.

What about you? Are you taking responsibility for getting ahead or making things better? Or are you simply waiting for good things to happen … for lightening to strike … or for your ship to come in?

Well, chances are, if you taking responsibility, you’ll see most of your dreams come true. If you’re not taking personal responsibility, the best thing you have going for you is luck, which is fairly unreliable.

No matter who wins the election, a lot of the results you’re going to see in your life and work have more to do with your personal responsibility than his responsibility.