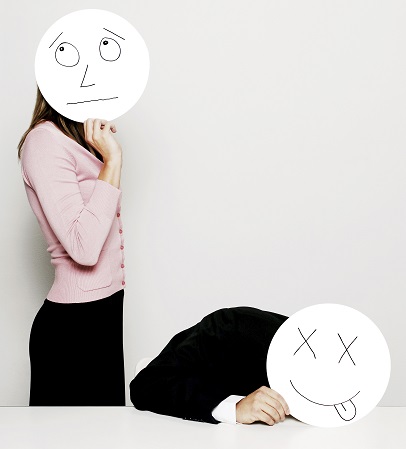 We’ve got a huge mess on our hands … personally, relationally, occupationally, economically and nationally.

And there’s plenty of blame to spread around.

However, no matter what the situation, I’ve learned that there are always two sides to every story. And there are at least one or more “bad guys” on both sides of any mess.

When I forget that, I make some really stupid conclusions. Perhaps you do too.

For example, I have coached, counseled, and taught hundreds of thousands of people in my career. I’ve listened to countless numbers of people tell me how bad some of their bosses, coworkers, customers, spouses, partners, kids, relatives, friends and people on the other side of any political issue are.

And so BOTH parties in any situation must take responsibility for their actions. BOTH parties need to be held accountable.

To do that, start with these tips and apply them to yourself and your conflict situations.

Take a good, thorough, and perhaps uncomfortable look at your actions.

Are you making your marriage, your friendship, your work environment, or any other place where you are involved more positive or negative?

You are not a neutral factor. You are doing something to make each of those situations better or worse. Accept responsibility for that.

Do they lift people up or tear them down?

Put another way, can you go for 24 hours without saying anything negative? When I ask my audiences that question, a few raise their hands signifying “Yes,” but the vast majority shout “No.”

The New York magazine writer Eric Pooley revealed that the news industry is addicted to the negative. In his groundbreaking article called “Grins, Gore and Videotape,” Pooley said the guiding principle behind modern-day journalism can be summarized in one sentence: ”If it bleeds, it leads.” In other words, news outlets feature and over-report the most disturbing news possible.

Again, I ask, “Do your words lift people up or tear them down?”. One answer leads to hope, progress, and reconciliation; the other leads to pain, panic and chaos.

The good news is you can learn to think, talk, and act more positively. And that’s exactly what happened to the people at Volkswagen/Audi after General Manager Dale Hawke asked me to share my Journey-to-the-Extraordinary program with them.

Dale says, “The positive impact of your program changed the negative behavior exhibited by our team members. The people who attended your Journey are now practicing the ‘power of positive affirmations’.”

For more info on my next Journey program, click here.

Quite simply, you’re going to get sick if you stay negative.

In a study done at Duke University Medical Center, it was discovered that people with high levels of cynical, complaining behaviors are 50% more likely to have clogged arteries than those who were less negative. In another one of their studies, people with high cynicism scores had five times more heart disease than those who scored below the median.

Another example. Student health clinics are reporting that help with clinical depression is one of the most frequent services they offer. In a national survey of 16 to 29-year olds, MTV reported that “angry” and “stressed out” were the best descriptions of that generation.

To become a more positive and effective person, quit keeping track of the negatives.

Did you ever notice that on a bad day, some people tend to count every irritation or inconvenience that occurs? They’ll burst out with “This is the third time today something like this has happened.” Yet seldom on a good day do these people say, “This is the third time today something great has happened.” Keeping track of the negative will only reinforce a negative personality.

Consider the benefits of talking about good things instead. You might discover more positive incidents occur than negative. You could find yourself actively looking for incidents to celebrate rather than complain about. And keeping yourself in a positive frame of mind means you get more enjoyment from your work and personal life.

► 4. Question the remarks of others.

You’ve heard the expression, “It’s too good to be true.” You’ve learned that that’s often the case.

Likewise, when you hear someone go on and on about how bad things are or how bad someone is, you can respond by saying, “It’s too bad to be true.” More often than not you’ll be right.

When you hear people say things like marriage doesn’t work … that change will never succeed … that no one cares … that their country is 100% totally messed up, take a look at who’s talking. Are they positive, upbeat visionaries or are they negative, angry gloom-and-doomers?

Be careful of taking the comments of the ultra-negative too much to heart. That’s why I ask people in one of my programs to raise their right hands and repeat after me, “I hereby commit that from now on I will not take advice from anyone more messed up than I am.”

People laugh, but they get the point.

► 6. Use an imaginary glass screen.

The moment you sense negativity coming from others, imagine a glass screen coming around you. Tell yourself the glass screen rebuffs all the negative, allowing only the positive to flow through.

You will find that you can continue to converse and stay involved with those around you, but you won’t be affected by their negativity. I know, it sounds silly, but it works!