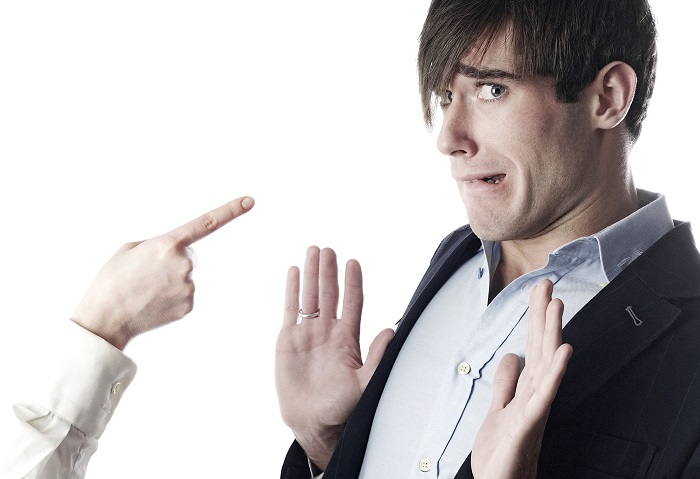 Your attitudes control your life.

That’s quite a statement … that “your attitudes CONTROL your life.”  But it’s true.

Author Tom Blandi adds, “Attitudes are a secret power working 24 hours a day for good or bad.” That being the case, “It is of paramount importance that we know how to harness and control this great force.”

Again, it’s true. For any degree of happiness or success … on or off the job … you’ve got to “harness and control” your attitudes.

I’ve found several ways to do exactly that. Here are a few.

► Refuse to blame anyone or anything for your problems or situation.

That’s not easy. And it’s not natural. Afterall, your company, your boss, your parents, your friends, and your spouse might even deserve some blame.

So the first step in positive attitude development is refusing to blame and start taking responsibility.  Focus on what YOU can do.

Of course, this might sound self-serving, but I believe one of the best ways to take responsibility for your attitude development is to join my webinar on The 10 Sure-Fire Ways To Become a More Positive Person.  It will be this Thursday, November 14th, 2019 from 2:00 p.m. to 3:00 Eastern Time.  And you will find it extremely effective.

► Choose to get back up.

Life isn’t fair. You know that. Some people have more than their share of difficulties, and some people get more breaks than they deserve.

Simply put, it wasn’t so much their difficulty that made the difference in life. It was their attitude … their response to the difficulty … that made them a winner or a loser.

That’s why I have a certain quote posted on my office wall … because it reminds me every day what I need to do.  It says, “It may not have been your choice to get knocked down, but it is your choice whether or not you try to get back up.”

► Choose to believe in yourself.

That’s right, choose! Even though you may have some doubts, even though the balance sheet of your life may show more liabilities than assets, you’ve got to believe in yourself.

Sugar Ray Robinson, the boxing champ, said, “To be a champ, you have to believe in yourself when nobody else will.”

If that sounds easier said than done, all you have to do is start affirming it. Tell yourself twenty times a day, a hundred times a day, “I believe in me.  I believe in myself.” Eventually your subconscious mind will start to accept your affirmation and you will believe in yourself.

Not Tracey Medves, one of my Journey-to-the-Extraordinary graduates. As she says, “When people tell me how bad the day was because they forgot this or that, or when they tell me about ‘horrible’ things that may have happened to them, I often tell them, ‘If that is the worst thing that happened today, it must have been a pretty good day!’ Amazing how that makes people stop and think.”

Kolleen Dohermann from the Association of California School Administrators learned the same lesson after I spoke to her association. She wrote to tell me, saying, “My life really changed after your presentation, and several people came up and thanked me for being me. Huh? What I realized is that I had changed. Before your program, I was easily worn down by the negativity around me. Now, for every negative thing someone says, I point out the reverse.”

What good does that do, you wonder?

As Kolleen went on to say, “First of all, when I challenge the negative, it says I am not accepting their statement. In the past, I would just say ‘uh-huh’ as a way to get them to be quiet, but they would keep on anyway. I realized that I was enabling them and people always dumped their problems on me (probably because I was willing to listen). Now they know I am going to give them positive alternatives until they stop complaining. HA!”