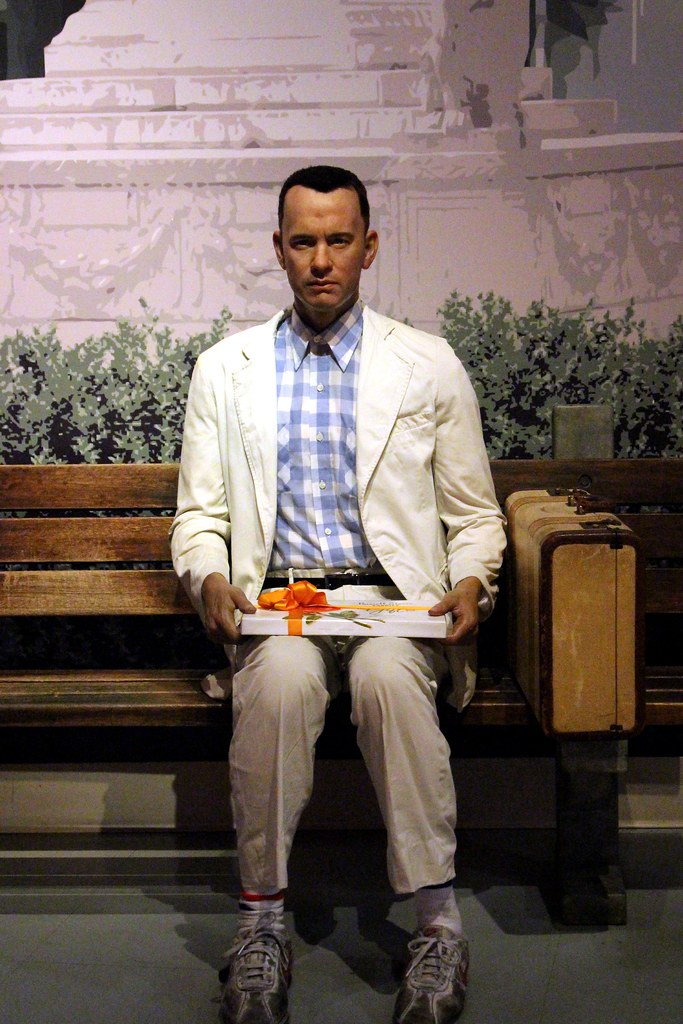 Have you ever had a question that has bugged you for years? That you just couldn’t get out of your mind? And you didn’t know what the answer was?

I have. I’ve been bugged by one question for years: Why is it that some people accomplish so much more than others?

Well, I have finally found the answer to that question. So much so that I just signed a contract with a major publishing house last week on what I call The Champion’s Edge.

However, don’t go out and look for the book or try to buy it. I haven’t even written the book yet. I only have it outlined. And I’m also preparing a five-week on-line virtual course on the subject you can take with me this summer.

But I can tell you this. One of the elements that goes into The Champion’s Edge is an unshakeable self-esteem that will get you through anything and take you just about anywhere you want to go, personally and professionally.

And I can tell you how to get a piece of that unshakeable self-esteem right now.

One of my favorite movies is Forrest Gump. It’s filled with caring, character, and wisdom.

I was especially touched when Forrest was asked the biggest, most important question anyone can be asked. Someone asked him, “What are you going to be when you grow up?”

Great answer. Despite the fact that the world labeled him as “slow” or “retarded,” Forrest intuitively knew the importance of being himself. His best self. It’s a mark of a healthy self-esteem.

You see, if you have poor self-esteem, you’ll be tempted to be like somebody else. And that only leads to self-loathing because you can’t possibly like yourself if you don’t even want to be yourself or even try to be your best self.

Of course that doesn’t mean you’re perfect. Nobody is.

It doesn’t mean you can’t and shouldn’t improve. Everybody needs to. Being yourself, being your best self is not the same as acting out in some gross, crude, or unprofessional manner and excusing it by saying, “That’s just the way I am. Take it or leave it.”

That’s not who you are! That’s nothing more than a stupid behavior choice you made … a choice that you yourself couldn’t respect. Instead, be yourself, your best self, and you will not only respect yourself more but take a big step towards an unshakeable self-esteem.

Being yourself is the first step. The second step is liking yourself. And that’s not always easy.

After all, most commercials are intended to hurt your self-esteem. They want you to dislike yourself — enough — so you’ll buy their products. Their products promise to bring you beauty, wealth, and love … just for starters.

Forget that. At some point, you’ll have to decide to like yourself just the way you are. You’ll have to realize that you’re okay because God doesn’t make junk.

Put another way, you need the courage to be imperfect. You see anyone can like himself if he is perfect. It takes courage to realize you’ve got some warts and challenges — and still like yourself.

As New York Times best-selling author Doris Mortman says, “Until you make peace with who you are, you’ll never be content with what you have.”

► 3. Visualize yourself as victorious.

One of the great secrets to successful living is to develop the art of using images. We succeed by the pictures we form in our minds. As Dr. Norman Vincent Peale, the father of modern-day positive thinking, said, “No problem can overcome you if you image yourself overcoming that problem.”

Suppose I lay a plank on the ground. Almost anyone could easily walk up and down that plank. But if I raised that plank 20 feet off the ground, how many people do you think would get across it without falling? I would guess quite a few people would fall.

Your mental picture of yourself is vital. What you think, what you visualize, what you image is, to a large degree, what you will become — just like the eagle who thought he was a chicken.

Then one day an eagle flew high over the chicken coop. As he watched this great magnificent eagle flying high, the thought came to him that he too wished to soar over the mountains. With a burst of inspiration, the young eagle flew to the top of the chicken coop. From there he soared to the top of a low hillside. As his confidence grew, he soared higher and higher until he discovered his great self, his true nature.

In a similar sense, to have an unshakeable self-esteem, you need to form a mental image of yourself as the master of difficulty rather than the victim of circumstances.

Application: In which way would you like to be more victorious? Write out your description in as much detail as possible. And then spend two to three minutes each day holding that picture in your mind.