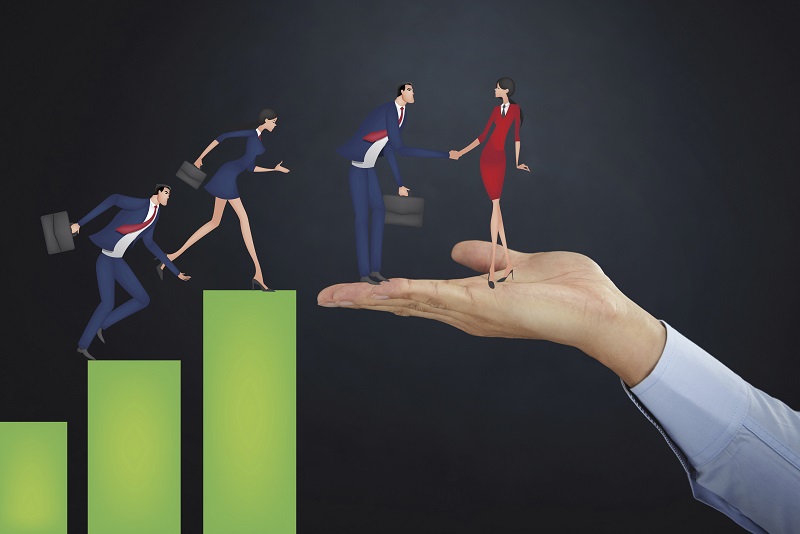 And in many ways, he was a Santa Claus leader to so many people. He hired kids, juvenile delinquents, alcoholics, and the down-and-outers that no one else would hire … and turned them all into better people. Indeed, at my Dad’s funeral about a year ago, the most common remark made about him was “He was the Dad I never had.”

Yes, he was a Santa Claus leader. What do I mean by that? And how can you become such a leader to the people in your world … on and off the job?

As a world leader, Santa knows that…

Leaders create a positive tone in which people excel or they create a negative tone where people shut down. They are never neutral.

Highly effective leaders … like Santa in his North Pole workshop … create an environment that brings out the best in others. And those behaviors are almost entirely related to their people skills.

Highly respected author and consultant, Karl Albrecht agrees. He writes, “There is an ancient and immutable truth: The ability to sell, explain, persuade, organize, motivate, and lead others still holds first place. Making things happen still requires the ability to make people like you, respect you, listen to you, and want to connect to you. And by connect, I mean connect personally, not digitally. The human connection will always, always, always outrank the digital connection as a get-ahead skill.”

Yet, I’ll have to admit a lot of leaders don’t get the Santa Claus people-aspect of their jobs. In fact, I’m sure you see way too many leaders who are trying to lead people, but they have zero people skills. They’ll even e-mail a coworker who is seated just 25 feet away rather than go and talk to the person face to face.

Keith Meyers, the Director of Staffing at the Keane Corporation, is a leader that exemplifies great people skills. After attending my Journey-to-the-Extraordinary program, he took the lessons back to work to share with everyone else. Keith says, “I’ve taken the ’30-Day Self-Esteem Builder’ you taught and have since taught it to more than 1000 individuals as a career and executive coach. And your ‘6 Keys to Positive Productive Relationships’ showed me how to help people think outside of their norms and create stable, positive company cultures.”

You remember the song, Santa Claus Is Coming To Town? It finishes by saying, “so be good for goodness sake.”

In other words, Santa Claus is “nice” and you had better be “nice” as well.

Of course, being “nice” sounds rather naïve. So in the academic world we class it up by calling them “soft skills”.

But that begs the question: What exactly are those nice soft skills … anyway?

Dr. Daniel Goleman has dedicated his whole career to answering that very question in his decades of research on Emotional Intelligence. Among other things, he discovered that:

► Empathy, perspective taking, rapport, and cooperation are the most sought-after qualities amongst the Harvard Business School applicants.

► The ability to learn on the job, listening and oral communication skills, adaptability and creative responses to setbacks, personal management, confidence, motivation, initiative, and pride in one’s accomplishments are more highly prized amongst employers than their employees’ technical skills. And,

► Communication skills, interpersonal skills, and initiative were the three most desirable qualities for incoming MBA’s.

Unfortunately, some leaders don’t know how to be “nice.” They never received the people-skill training they need.

In one company where I was speaking, they told about a couple of their less-than-nice leaders. One marketing executive said, “Teamwork is a lot of people doing what I say.” And one supervisor remarked, “We know communication is a problem, but the company is not going to discuss it with the employees.”

Santa also models the right kind of behavior, because he knows that…

During the months of November and December, you can see thousands of Santa Clauses across the country and around the world. They may be in shopping malls, community concerts, or workplace parties.

You can see them. They are available. And in a similar sense, highly effective leaders work on increasing the quantity and quality of their communication.

If you’re a manager, for example, you should be spending 80% of your time, money, and energy communicating with your supervisors.

And if it’s your job to communicate with front-line employees, it had better be face-to-face. Anything else is less than effective and employees will complain about a “lack of communication” in your organization.

► 4. Highly effective leaders are tuned in.

Santa certainly is. After all, he “sees you when you’re sleeping. He knows when you’re awake. And he knows if you’ve been bad or good.”

One of the best ways to tune in is to give your total attention to the other person when you’re interacting. Notice the color of the other person’s eyes as you shake hands. You’ll establish great eye contact as you communicate real interest.

At a reception following a business seminar, one man seemed to attract women like a magnet. There were more physically attractive men in the room, so this led one executive to ask another, “What’s his secret?”

► 5. Highly effective leaders recognize the good in others.

Indeed, Santa would argue that that is his key mission in life. He knows if he recognizes achievement in others, he will be motivating them to keep on achieving. Santa’s example reminds us that great leaders are great recognizers.

Dr. Zimmerman’s Tuesday Tip, Issue 1027– What do the most effective leaders do?