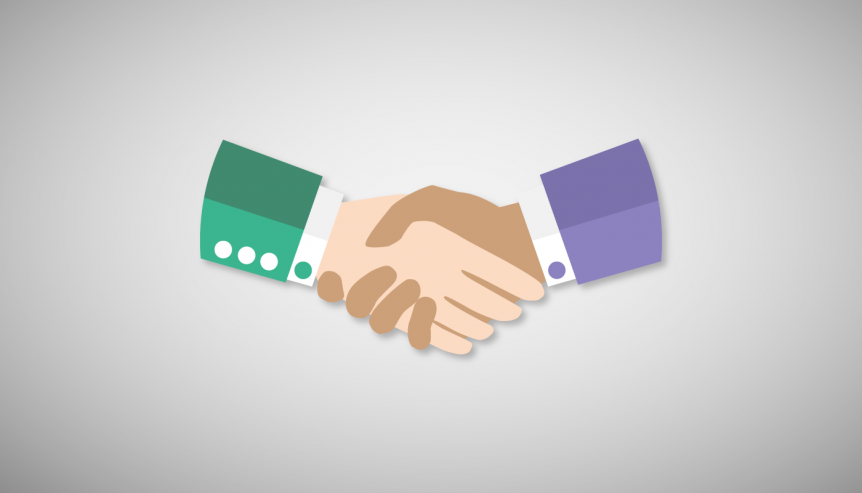 I’m not sure that’s totally true, but I do know there is often a lack of trust among the classes and even among the members of the same team. And that’s a problem. As I say in my presentations, “Trust is a must or the relationship will bust.” Trust is the foundation of every strong, effective team.

So how do you build trust?

1. Open Up the Communication for Trust.

As Alan Mulally, the former CEO of the Ford Motor Company, said “You can’t manage a secret.”

Get everyone in a meeting to participate … to really participate. For example, if you have some quiet people on your team, from time to time ask for their feedback. Ask them how they’re reacting.
And that means asking more than surface, yes or no questions. It means more than asking, “Are you okay with this?” More often than not, those kinds of questions won’t get much of a response. The quiet people will give a polite “Yes” or “Yeah, I’m okay.” But that doesn’t tell you very much.

So try a behavioral description … followed by a question. For example, “I notice you haven’t said anything for 30 minutes” or “I notice you looking down. What are you thinking about all of this?” You’ll probably get a much more informative response.

Or use my Brave Question technique. It works for your teams on the job as well as at home. Sid Slatter said,

“I was a 35-year old General Contractor and the epitome of the husband who did not communicate well with his wife. But then I attended your Extraordinary Success 2.0 Master Class and learned about Brave Questions. I purchased your book on Brave Questions: Building Stronger Relationships by Asking All the Right Questions, and, boy do I owe you a huge thank you. If you were to see me and my wife now, you might think we were on our first or second date. This book has also helped me to build better relationships with my customers and employees.”

Click here to get your copy of Brave Questions. Oh, and put September 14th, 2017 on your calendar. That’s when I’ll be delivering a FREE webinar on the 7 Immutable Laws of Success taught in my new Extraordinary Success 2.0 Master Class. Don’t worry, more information to follow.

As Eleanor Roosevelt said, “It is not fair to ask others what you are unwilling to do yourself.” Or put another way, you can’t expect your team members to be totally honest and open if you aren’t.
So get rid of your pretense. Be yourself … with no embellishments. Get rid of your little cover-ups of the real truth. The only way your team members can trust you is if they know … what they see is what they get.

Trust is almost impossible in a climate of secrecy. The same goes for success.

When Alan Mulally took over the reins of the struggling Ford Motor Company, he found an internal culture filled with silos, where people and departments walled themselves off from everyone and everything else in the company.

A silo culture extended from the company’s overall structure into individual divisions and subdivisions. Each of Ford’s four operating divisions had its own unique management, product development, and manufacturing units. Even minor parts such as mirrors, hinges, and springs were specific to each vehicle line, requiring more than 30 different platforms company-wide. By contrast, Ford’s competitors, such as General Motors and Toyota, had only five or six.

Information was also “siloed.” Mulally was aghast that the operating groups didn’t even share financial data. When he began requiring them to do so, they were equally aghast and called him privately to make sure he meant it. He did mean it. As he said, “You can’t manage a secret.”

Silo thinking even extended into Ford’s management meetings. So Mulally required division chiefs to meet weekly … instead of monthly … to make certain all data gets discussed. More importantly, the chiefs had to attend the meetings and they had to bring a different assistant to each meeting so the word got out more quickly.

To keep discussion flowing once meetings start, Mulally has banned the thick briefing books managers used to bring to defend their every position. The phrase “I don’t know,” once feared at Ford, was now encouraged when applicable. To prevent attendees from being distracted from all this information, side conversations while someone else was talking were forbidden.

Somehow, a great leader knows that you can’t expect your customers to trust your company if the people in the company don’t even trust each other. So kick down those silos … at work, at home, in your relationships … IF you want trust-filled relationships. You really have no other choice.

4. Make a Commitment to Stick Together.

Now this is going to sound old fashioned, but trust can only exist in an atmosphere of commitment. That’s why the original marriage vows asked the man and woman to pledge their loyalty to one another, in good times and in bad, until death pulled them apart.

By contrast, trust cannot grow in a relationship if one or both of the parties feels free to cut and run at any time. And the same thing goes for trust on the job. Trust cannot be maintained if labor or management sees the other as disposable.

Trust is built when we know … we really know … we’re in this together. And we’re going to do whatever it takes to make the relationship work.

The fact is … trust is built and trust continues to grow in a team when all the team members know the power of sticking together. The famous Aesop of “Aesop’s Fables” talked about that hundreds of years ago.

In one of his stories, there was a farmer who had a quarrelsome family, filled with rivalry, bickering, and mistrust. He couldn’t reconcile their differences with words, so he thought he might readily prevail by an example.

He called his sons and told them to lay a bunch of sticks before him. Then, having tied the sticks into a bundle, he told the lads, one after another, to take it up and break it. They all tried, but tried in vain. Then, untying the bundle, he gave them the sticks to break one by one. This they did with the greatest ease.

Then said the father, “Thus, my sons, as long as you remain united, you are a match for all your enemies, but differ and separate, and you are undone.”

Action – List five ways you could dramatically increase the quantity and quality of communication in your marriage … team … or organization.