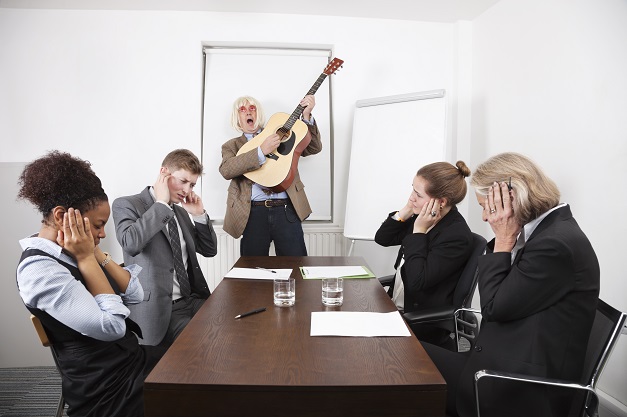 Just the other day, a participant in my Journey-to-the-Extraordinary experience said to me, “You probably don’t recall the lunch we had several years after I attended your program. But you asked me if I was happy with my career, if I was doing what I really wanted to do. Your comments got me thinking in a way that changed my life.”

Those words made my day. For two reasons. First, I felt delighted that I had made a difference in someone’s life. And second, I felt honored that someone that had listened to me … really listened.

You see, listening is one of the highest compliments you can ever give anyone.

When you fully listen to another person, you are in effect saying, “You are so important to me that I am committing myself to listen to you and only you right now. I will not let my mind wander. You’re getting all of my attention because you really matter to me.”

No wonder listening is one the top ten ways to build better, stronger, more positive and productive relationships, at home and on the job. Listening communicates importance and respect.

Unfortunately, poor listening is extremely common. One study asked several thousand workers to identify the most serious fault observed in executives. The most frequently cited response, mentioned by 68% of the respondents, was the boss’ failure to listen.

But they’re not alone. Most people of all ages, genders, races, job titles, family roles, and professional positions are terrible listeners. In fact, the research says that most people only get 25% of what is being said to them

That’s why I teach people how to more than triple their listening effectiveness during my Journey program. (F.Y.I. There are fewer than 10 seats at my last 2020 Journey program on November 12-13. For more info, go to www.attendthejourney.com)

I’ll often ask people in one of my programs this question: “How many of you can turn on your ability to listen if you need to or want to?”

All the hands go up. So it’s obvious that good listening starts with your conscious decision to do so. If you DECIDE to listen, you WILL listen much more effectively.

Perhaps that’s where the old adage came from … about having two ears and one mouth. We were made to listen twice as much as we speak.

This is difficult because we all have confirmation bias. In other words, we tend to believe certain things and then tune into only those bits of information that confirm what we already believe.

I see this closed-minded problem everywhere. I see it when managers ask, “What can you expect from the staff?” Preconceived notions rather than open-minded listening to their staff.

I see it when the employees say, “You can’t trust what they’re saying at the top.” More preconceived notions rather than open-minded listening to their leaders.

And I see it when customer service providers talk about their difficult customers, saying, “They’re all alike.” And still more preconceived notions rather than open-minded listening to their customers.

And now with our country in disarray, we’ve moved from a somewhat natural confirmation bias to a rabid confirmation bias. So much so that most people only watch or listen to the news outlets that support their preconceived political bias. Without even thinking about it, let alone seek out and listen for the whole truth, they automatically label the news from their pre-selected outlets as the truth and news from other sources as lies.

That’s dangerous. When you don’t listen to the whole truth, you endanger your work teams, your marriage, and even your nation. That’s why the Bible said, “The truth will set you free.” Nothing else will do.

To become a great listener, you must decide to listen … point #1. And you must listen with an open mind … point #2.

If you’re in a face-to-face conversation or meeting with someone, whether in person or virtually, your listening effectiveness will go down if have some “things” between you and the other person.

If you’re on a job site, for example, and there’s a piece of equipment between you and the other person, it will be harder to hear as well as pay attention.

If you’re on a Zoom call and you have some other “things” around your screen, such as work to be done, emails to check, or texts to answer, you will find it extremely difficult to totally listen to the other person because your attention will wander off to those other items. And if someone clicks off their camera so you can’t see them during the call, chances are they don’t want you to see them only half listening to what they’re saying.

Final Thought: Listen … really listen to the other person using the three tips given above. It will be one of the greatest gifts you will ever give yourself or another person.