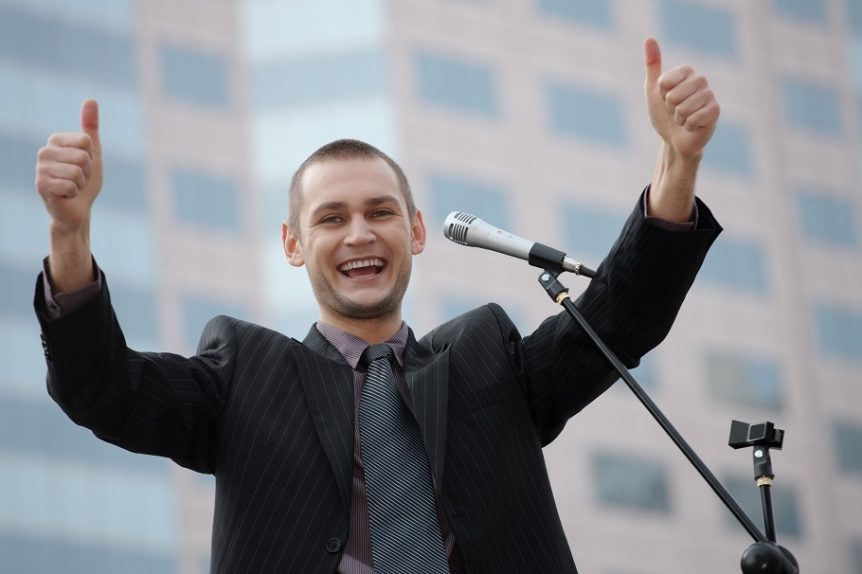 Have you ever studied the difference between people who are uncommonly successful and everybody else? It’s fascinating.

Well, you’re about to get lucky today. After all, March 17th, St. Patrick’s Day, is just around the corner. I want you be “lucky” enough to know that your attitudes can be changed. They can be molded to work for you instead of against you. Start with these tips.

People with great, motivating, success-attracting attitudes do this all the time. They exercise their power of choice. They know that no matter what happens to them or around them, they always have the power to choose their response.

I learned that lesson loud and clear when my first marriage fell apart. I started to doubt myself and wonder what right I had to teach a university level course on “Interpersonal Communication” if I couldn’t even make my own marriage work. I thought about quitting.

But then, with a positive attitude, I chose a different response. I decided to become a world expert on the topic and studied it night and day for years, eventually won “The Outstanding Faculty Member” award at two different universities, went on to publish several best-selling books, and develop a super-healthy marriage that has lasted decades.

What is a difficult situation you are facing right now? And how are you reacting to it? Are you telling yourself “there’s nothing you can do about it?” Or are you choosing to tell yourself something much more positive and effective?

Take a lesson from Nelson Mandela, who spent 27 years in a South African jail, before he became the Prime Minister of that country. When Mandela had nothing but the power to choose a positive attitude, he told himself day after day, “I am the master of my fate and the captain of my destiny.” And the results speak for themselves, taking him from a jail cell to the Nobel Peace Prize.

As I said earlier, you’re about to get lucky. As a St. Patrick’s Day special, I am opening my next Champion Edge Master Class at a savings of $200 if you register by March 17th. In that class you learn how to build and maintain an uncommonly successful positive attitude … plus an awful lot more.

With the right attitude, you can also…

► 2. Exercise the power of excellence.

The sluggards in life, the negative folks, feel relieved if they can get by with doing as little as possible. They might even brag about how they pulled one over on the boss when he or she was away.

But do not mistake their “relief” as anything close to joy, self-esteem, or self-respect. You can never — let me repeat myself — you can NEVER feel good about yourself by doing anything less than your best or settling for anything less than excellence.

Now I’ll grant you the fact that some people may “THINK” they can’t do any better. But that’s not their real problem. It’s merely a symptom of the real problem — which is their negative attitude.

When you learn how to get and keep an enduring, unstoppable, unsinkable positive attitude, you will exercise the power of excellence. One of my heroes, the legendary football coach Lou Holtz, put it this way. He said, “Ability is what you’re capable of doing. Motivation determines what you do. But attitude determines how well you do it.”

Quite simply, when you get the right attitude, you won’t be willing to settle for “good enough.” You will want excellence; you will pursue excellence, and you will achieve excellence.

Right now, just for the sake of practice, choose one task that you need to do. Approach that task with a positive attitude and the determination to do it with excellence. See how good that feels.

Finally, when you master the power of an unwavering attitude, you will also …

I am by no means Pollyannaish. I know that life is filled with problems, setbacks, hurts, and traumas. And merely having a positive attitude will not magically erase or prevent those difficulties from happening in your life. But the right kind of attitude will make things easier for you.

That’s what Louis Rusiski from Verizon Communications learned to do as a result of taking my Champion Edge Master Class. Louis writes,

“Alan, exactly one year ago today I was diagnosed with diabetes. My doctor hospitalized me immediately. It was during this time, when I was feeling sorry for myself, that I recalled your words at our seminar.

“I weighed the pluses and minuses of the situation and came to the realization that I was quite likely the luckiest person on earth. When I expressed this idea to my doctor, he gave me a puzzled look.

“I explained I was lucky to have a good friend as my doctor. I was lucky to be married to a wonderful woman for 27 years, a registered nurse who would use all of her skills to see that his orders were carried out.

“I began to practice what you taught me at The Champion Edge Master Class, how to be an actor rather than a reactor. I refused to be defeated.

“Although it is too late to make a long story short, I am extremely pleased to say my diabetes is in remission. I am totally off medication. I control my glucose levels with diet and exercise. My doctor said he had never seen anything quite like it.

“I don’t know if a person can will himself to be healed and I don’t know if others can do what I did. I like to believe they can, with a positive mental attitude.

“Thank you for contributing to my recovery!”

I’m sure that Louis has had to go through lots of tough times, but it’s obvious that the right attitude releases the power of easier into your life.

Dr. Zimmerman’s Tuesday Tip, Issue 1080 – Three Powers You Can Release In Your Life And Work For Uncommon Success