“You will never find time for anything. If you want time, you must make it.”
Charles Bixton 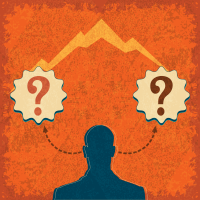 Some time ago at the Princeton Theological Seminary, the students were told they had to attend a special lecture on the story of The Good Samaritan at a certain time and place on campus. However, right before the scheduled lecture was to be given, the students received a message telling them the time had been moved up, which forced them to hurry up and get there or be considered late.

On the way to class, a homeless man who was asking for help was set up as a prop to test the students’ reactions. Under normal circumstances, a majority of the students would stop to see if they could help. Under the stress created in the experiment, 90% of the rushed students did not stop to assist the man asking for help … on their way to the lecture about the Good Samaritan!

Amazing! Under the pressure of time, these students, who were dedicating their studies and their careers to Christian charity, gave it all up.

What about you? Are the pressures of time getting in your way? Or stopping you from having the life, career, and relationships you really, Really, REALLY want? For many of you, I know the answer is a resounding “yes”.

That’s why I open my new book with the two most important questions you will ever ask yourself. The first: “Do you know WHAT you really, Really, REALLY want?” Most people don’t. And that’s tragic. If you don’t know what you really want, your only other alternative is to settle for less.

And the second question: “Do you know HOW to get what you really, Really, REALLY want?” Again most people don’t. I reveal the complete answer in my new book being released on December 5, 2014, entitled “The Payoff Principle: Discover The 3 Secrets For Getting What You Want Out Of Life And Work.”

To get you started on the right path for the biggest and best payoffs you will ever experience personally or professionally, you’ve got to guard, protect, and use your time with all the wisdom you can possibly muster. I suggest the following.

1. Remind yourself you have enough time.

Indeed, you have all the time there is. No one gets any more time or any less time than you do on a particular day.

Remind yourself you have enough time. That’s not the issue. The issue is how well you use your time.

So please don’t go around telling yourself and anybody else who will listen, “I’m so busy. I don’t know how I’ve ever going to get everything done.” The more you talk that way, the more overwhelmed you’ll feel and the less productive you’ll become. So stop that trash talk.

2. Spend your time on those things that prevent regrets.

I was a great student in high school, college, and graduate school. All A’s. Top of the class. All the kudos. But I didn’t have much fun. All I did was study, study, study, and work, work, work. And I regret that.

If I could do it over, I would have taken some time to ask out a few girls that really caught my attention. I would have said “yes” to a few more activities that people invited me to.

Want a simple rule for the future? Follow my lawyer colleague Don Phin’s advice: “If there’s a potential for regret, just do it. Make the time.”

3. Take advantage of a quiet place.

To use your time most effectively, this is a must once in a while. You may discover that the best place to get work done is out of the office. That’s why many companies have gone so far as to have silent hours in the workplace so that workers can be protected from disruption.

It’s a powerful tool. In fact, I wrote a great deal of my new book, “The Payoff Principle,” in the back corner of a public library, on a porch of an old historic bed & breakfast inn, or out on the beach on a sunny day. You’ll be amazed how much work you can get done in a few hours of quiet time!

If you knew that, I suspect you would use your time NOW quite differently.

The trouble is … none of us knows if we have a day, a week, a year, or a decade left. So the smartest use of time is to spend your time on the things that matter the most to you … NOW. Not “when you get around to it.”

5. Be humble enough to follow the wisdom of the ages.

I don’t know why so many people have to learn the hard way. The truth is … millions and billions of people have preceded us throughout history and many of those folks were brilliant. And some of them were kind enough to write down what they learned about the use of time so we wouldn’t have to mess it up and learn the hard way.

Here are a few bits of the wisdom they’ve passed on to us. Adopt one or two of their comments as guidelines for your life.

Read and then re-read today’s “Tuesday Tip,” and decide one thing you will do to use your time more effectively.