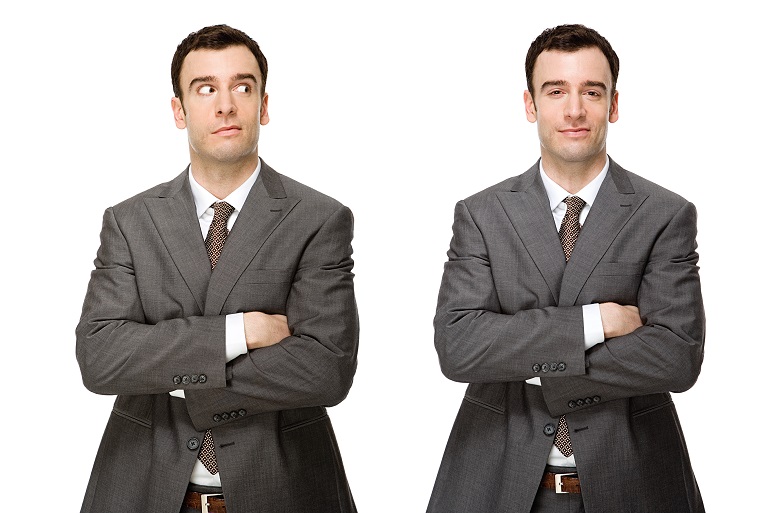 My first career was in corrections, working as a counselor in a juvenile reformatory.  I worked with robbers, pimps, addicts, and hustlers.  And most of the boys came from really tough circumstances.

Nonetheless, I would constantly tell them that their future … their success and achievement or their failure and setback … would all be determined by their answer to one question.

Of course, a lot of them would respond with a cynical “Oh yeah, sure.”

In fact you might have had the same reaction when you read the Subject Line of today’s Tuesday Tip.  How can one question determine your personal and professional success?

And what is that question?

I’m getting to it.

But before it makes any sense, you must first understand that whatever your situation might be…

►The problem is not the problem.

In other words, life isn’t fair. You know that. Some people have more than their share of difficulties and some people get more breaks than they deserve.

Simply put, it wasn’t their problem (being raised by an alcoholic father) that was the problem.  It was their response to the problem that made them a winner or a loser.  It was their answer to the one critical question that made all the difference in their worlds.

So what’s the question?

►Do you get back up when you get knocked down?

It’s certainly true that outside circumstances such as the economy, the government, your health, company, boss, coworkers, spouse, partner, in-laws, and a host of other things may have knocked you down.  That’s their problem.  They may answer to God for those things.

In other words, it may not have been your choice to get knocked down, but it is your choice whether or not you try to get back up.

I would tell the boys in reform school and I’m telling you that your choice of attitude will defeat you faster than any of the factors that knocked you down in the first place.

So how do you develop an attitude that will help you get back up when you get knocked down?

For starters you need to do two things, like Jennifer Storlie did.

After attending my Journey-to-the-Extraordinary experience, she wrote me this note:

“When I signed up for the Journey, I knew the information would be good because I’ve been reading your Tuesday Tips for years. What I took away was so much more!!!

I began using the skills you taught regarding goal setting and affirmations and set one of my goals to become a Supervisor within the year. I continued to hear your voice run through my mind as I spoke to my coworkers, my family and friends on the importance of being positive.

Happy to say yesterday morning I interviewed for a Supervisor position and was offered the position that afternoon! My goal was reached far before my year timeframe.

I know my work ethic and ability played a role in this, but I also know that the confidence I got at your Journey and the work I put into applying the skills you taught were a critical part of my success.  A HUGE thank-you for a training program that gets real results.”

Now I’m inviting you to attend my next (and most likely last) public offering of the Journey-to-the-Extraordinary program on April 23-24, 2020 in St. Louis.  And when you register now you can save huge amounts of money with our Super Early-Early Bird special.

Above I mentioned that you need to do two things to get your attitude to work for you, like Jennifer Storlie.  Let me spell those two things out more precisely.

►1.  Refuse to blame anyone or anything for your problems.

That’s not easy. After all, your company, your boss, your parents, your friends, and your spouse might even deserve some blame.

So the first step in positive attitude development is refusing to blame. Even though it may be justified, don’t do it.  Blaming someone or something for your problems is nothing more than Being Lame, staying stuck in your situation, unable to move forward.

►2.  Choose to believe in yourself.

That’s right, choose!  Even though you may have some doubts, even though the balance sheet of your life may show more liabilities than assets, you’ve got to believe in yourself.

That’s what Sugar Ray Robinson, the boxing champ, did when he got knocked down.  He said, “To be a champ, you have to believe in yourself when nobody else will.”

Right now, start to believe in yourself.  It’s one of the smartest and most important decisions you will ever make.