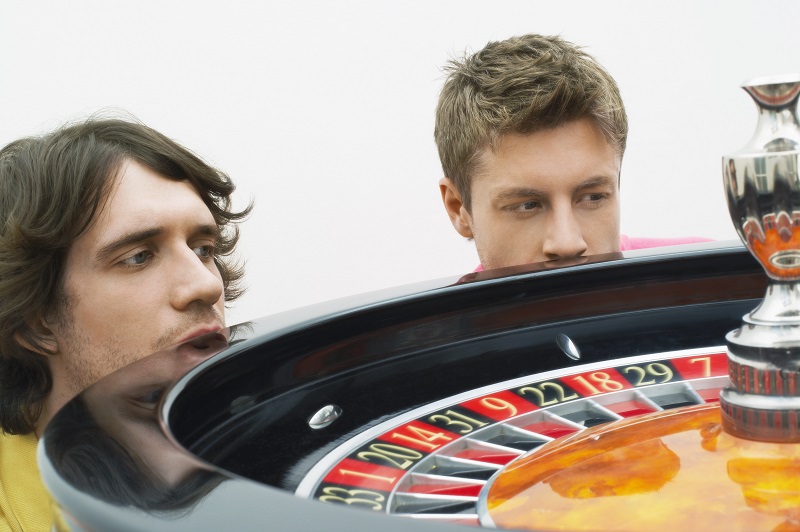 Have you ever noticed that highly successful people will accomplish as much in two or three years as the average person accomplishes in ten or twenty years? I certainly have.

And have you ever noticed that when some people accomplish a great deal, the so-called average people will talk about them? They’ll often say those highly successful people were just plain lucky.

Well, those so-called average people have their terms all mixed up. They’ve confused luck with chance. And they’re a very different phenomena.

Chance is like a game of blackjack or roulette … or buying a lottery ticket. The outcome is totally unpredictable. Whatever happened in the last game or last drawing has no connection whatsoever as to what will happen the next time around. Your winnings or losings have nothing to do with luck. It’s all a matter of chance.

By contrast, luck is predictable. Luck is the result of doing certain things so you are prepared to seize any good, exciting, and positive opportunity that comes your way.

And so in a very real sense, you make your own luck.  So let me give you two ways you can get lucky.

In other words, figure out what you really want. In fact, some researchers even say that 80% of your luck comes from getting very clear about what you want.  After all, you can’t expect to reach a goal you never set or hit a target you can’t see.

The great American philosopher, Henry David Thoreau said it more elegantly. He said, “It is not enough to be busy. So are the ants. The question is, what are we busy about?”

And the same goes for you. Are you very, very clear about what you want?

Most people aren’t.  That’s one reason the participants at my Journey-to-the-Extraordinary program get so thrilled.  They finally get clarity on what their goals are and learn a process for achieving them.

I’ll never forget one woman who got very clear about her goals.  She knew she didn’t want to stay where she was.  She wanted to get ahead and make a mark on the world.

And I’ll never forget her keynote address in 1980. The auditorium was packed and the walls were lined with people applauding her as she moved to the platform. People were excited to see the first black woman to ever give a keynote address at this esteemed meeting.

Once on stage, she looked from left to right. She scanned the audience and then said, “My mother is a deaf mute. I do not know who my father was or is. My first job was picking cotton. And I stand before you this day as Treasurer of the United States. My name is Azzie Taylor Morton.”

Morton went on to say that nobody has to stay the way they are if they don’t want to. She said, “The next time you say you can’t do it, take out a dollar bill. You’ll see my signature.”

And for years, that’s exactly what I did. I would often glance at a dollar bill, see her signature in the lower left-hand corner and tell myself she was one of the lucky ones … because she took the time to get clear about what she wanted.

The novelist, Greg Evans, took that approach. He noted, “I do not have superior intelligence or faultless looks. I do not captivate a room or run a mile under six minutes. I only succeeded because I was still working after everyone else went to sleep.”

Unfortunately for so many people … for the unlucky ones … they’re stuck in procrastination. Their activity level is close to zero. That’s why humorist Will Rogers said, “Even if you’re on the right track, you’ll get run over if you just sit there.”

So ramp up your activity level and you’ll be amazed at how lucky you become.

That’s exactly what Guillermo Colosia discovered.  He and his sons flew from Mexico City to attend my Journey-to-the-Extraordinary program.  Listen to what happened to them as a result of ramping up their activity.

Colosia writes: “Hola Doctor Zimmerman.  Buenos días!  As you remember, I attended your Journey program with my two teenaged sons the last time you offered the program in Chicago.  I must confess we think of you very fondly.  We took your advice to listen very carefully to what you said and apply what we learned.  And the results have been remarkable.”

Guillermo continues, “To reinforce what we learned, we have been listening an hour a day to your audio recordings and are reading your books, which are truly amazing.   We went through your Journey 3-ring binder again and we are doing the exercises you kindly mention in your reinforcements.  And once again, I have to say our results have been outstanding!”

But that’s not all.  In Guillermo’s case, he went on to say, “I now wake up at  5:00 AM, meditate for 3 minutes, read for an hour, shower, and start doing the affirmations I learned at your Journey.  I write out my goals twice a day and I completed the Goal-Binder exercise you taught at the Journey, with photographs and all. At night, I exercise.  The results we are getting are UNHEARD of.”

(F.Y.I.  I have two Journey programs coming up this fall and when you register by September 30th, you save $400 on your tuition.)

Let me explain how this ramping-up-your-activity thing works and makes you lucky by contrasting two people entering the job market.

The first person gets a good job with wonderful opportunities to use his skills to the very best of his ability. As a result, he accomplishes a lot, is promoted rapidly, is paid more, and eventually moves into a senior position in his company. He often comments on how lucky he was to find this job.

By contrast, the second person gets a job that he doesn’t particularly like … a job that doesn’t seem to go anywhere. But it pays the bills, so he sticks it out. He often comments on his bad luck.

But were their outcomes merely a matter of chance … or good luck versus bad luck?

Absolutely not! The first person, who built a wonderful career for himself, spent countless hours studying his industry while the second person was at home watching television.

The first person read everything he could get his hands on. He analyzed his own likes and dislikes, skills, and abilities. He set clear goals for himself and for where he wanted to be five and ten years out. The second person was too busy socializing with his friends in the evenings and on the weekends to waste time on such activities.

The first person hit the ground running with a clear career path in mind. He was focused on moving upward and onward as quickly as possible. The second person did whatever he was asked to do, but he always looked for ways to do as little as possible.

The first person started a little earlier, worked a little harder, and stayed a little later. The second person saw his job as a 9-to-5 experience and never came in earlier or stayed later.

As peak performance expert Brian Tracy concluded, “Ten years later, the success of the first person compared with the relative failure of the second person had nothing whatsoever to do with chance. In each case, each of the two made their own luck and ultimately had to live with results of their own choices.”

Now go out there and get lucky!

Dr. Zimmerman’s Tuesday Tip, Issue 954 – The science of success … or … how to get lucky