Some 20 years ago, I heard Mary Kay Ash speak at a convention that I was also addressing. At the end of her speech, an audience member asked her, “What is the key to success in business?” Without hesitation, Ash responded, “Make your people feel important.”

She was right, and despite her passing at the age of 83, she’s still right today. She understood the fact that everyone … without exception … craves some sort of recognition.

Her point is so simple, but more often than not, her point is ignored. I can attest to that. I’ve delivered more than 2000 keynotes and seminars in hundreds of organizations around the world, and in almost every organization, the number one job complaint is the same. People complain, “You can do a hundred things right and not hear a darn thing about it. You do one thing wrong, and they’re right on your back.”

In some presentations, I’ve even asked my audience, “How many of you know you’re doing a great job but your boss never tells you?” Almost always, way too many hands go up.

So I ask myself the “why question.” If we know that making people feel important is one of the keys to business success, then why don’t managers do more of it? Why don’t they give more recognition? I think there are two reasons. The first one is …

IGNORANCE. Some managers run their departments on the “no news is good news” philosophy. They tell their people, “If I don’t say anything, you can presume everything’s OK.”

But that’s insane. In every other part of our lives, if people don’t give us feedback, if people ignore us or give us the silent treatment, we presume things are NOT OK.

It’s like the wife who told her husband, “You never give me any feedback. You never tell me you love me.” To which her ignorant husband responded, “I told I loved you on the day we got married. If I change my mind, I’ll let you know.”

Simply put, the “no news is good news” philosophy does not work. The manager might mean well, but employees do not interpret a lack of feedback as a positive. They interpret the lack of news to mean “they’re gathering evidence to use against me.”

The second reason people do not give enough recognition is…

INCONVENIENCE. In other words, some managers think the recognition would cost too much time, money, or energy. So they end up giving quick recognition, if they give any at all. They throw out comments such as “good job” or “keep up the good work,” but such comments do very little to motivate someone or make him/her feel important.

Recognition of this sort is cheap … and gets the same kind of results the cheap farmer got. He balked at the cost of oats he had to feed his mule. So one day the farmer came up with a plan to reduce the cost of feeding the mule. Little by little he replaced the oats with sawdust.

Day by day, the animal was fed less oats and more sawdust … until, finally, it was all sawdust. Everything went well for a while … until the mule died of malnutrition.

The good news is … you don’t have to have a team or staff dying of malnutrition … or malrecognition … if you follow a few simple guidelines.

=> 1. Look for performance that is worthy of praise.

Most managers are tuned into fire fighting. They’re either putting out fires or trying to prevent them. But let me humbly suggest that you might get better results by spending more time looking for things to praise. Look for things that are working. Look for things being done right, and recognize them. Spend more time bringing attention to correct behavior.

It pays off. As physician Deepak Chopra puts it, “The expression of gratitude is a powerful force that generates even more of what we have already received.” In other words, effective recognition motivates even better behavior in others.

Vague praise, such as “You’re doing a great job,” is less meaningful than precise descriptions, such as “You added five new accounts last week. That’s great.”

If you specify exactly what the other person did right, he knows that you know what you’re talking about. He knows that you’re not just saying something “nice,” without any particular thought or meaning.

As the old adage goes, you can’t fake sincerity. So if you don’t mean it, don’t say it. The only recognition worth giving is the recognition that comes from your heart.

And one way to do that is to occasionally add a feeling to the recognition you verbalize. Tell the other person how good it makes you feel to see her accomplish certain things.

You see, if people don’t hear enough sincere praise, they may forget how good they are and their performance begins to wane. As consultant Barbara Sher puts it, “Down deep we really know our worth, but we don’t have easy access to that knowledge. We need to hear praise coming from outside ourselves or we won’t remember that we deserve it.”

If you wait too long to recognize good or great performance, the recipient begins to wonder if you even noticed or bothered to care about his accomplishments. He begins to wonder if his efforts made any difference whatsoever, and in the process of wondering his motivation goes down the tubes.

To prevent that from happening, I recommend a simple recognition strategy. And that is … if you see it, say it. If you see behavior that is worthy of recognition, make a comment right then and there, whenever feasible.

If you give the same kind of recognition all the time, if you make the same positive remark for every good behavior you observe, your recognition loses some of its motivational power. Even though your intentions may be good, the recipient may begin to see it as “the same old same old.”

Look for new behaviors to recognize and look for fresh words to use. When it comes to the motivational power of recognition, there’s some truth in the old saying, that “Variety is the spice of life.”

Don’t use your praise to soften your criticism. Don’t use the old sandwich technique … where you give a person two slices of praise wi
th a filling of criticism in between. Your praise rarely sounds sincere and will seldom be remembered. Your colleague is more likely to remember the criticism and assume the praise was only said to soften the blow.

=> 8. Add an element of encouragement.

You can even take it a step farther. Predict a bright and successful future for that individual. As Susanne Biro says so well, “Notice all the good work people are doing … and voice your genuine appreciative predictions about what is possible for them.” After all, people tend to live up to your expectations.

=> 9. Use occasional non-cash forms of recognition.

You could, for example, turn memories into a present. When an employee’s hiring anniversary, birthday, departure, or retirement comes around, give a gift that commemorates the special bond he/she has with other people at work. Make up a memory book. Gather pictures of coworkers and ask them to write individual messages. Or have a group picture taken and signed. You can also include passages from your organization’s newsletters, ads, manuals, and customer testimonials.

In their book “Lean & Meaningful: A New Culture for Corporate America,” Roger Herman and Joyce Gioia give the example of Dolphin Data, a 35-person database management and mailing firm, that set up an incentive program where employees earned points they could turn in for prizes.

For example, referring a new hire who successfully completes 30 days on the job earns 500 point for the referring employee. The program also rewards an error-free month with 75 points for every employee. Members of error-free departments or teams get 50 points each. And anyone not absent for a month also earns 50 points. Employees redeem the points for goods and services such as restaurant meals, groceries, books, home improvements, and gasoline.

You can even get creative with your non-cash forms of recognition. Dolphin Data, for example, gives out “The Golden Dolphin Award.” Employees nominate and vote on the winners of this highest award, a plaque, a $100 dinner certificate, and 1000 incentive points. The winner’s actions must exceed expectations and significantly benefit Dolphin Data. 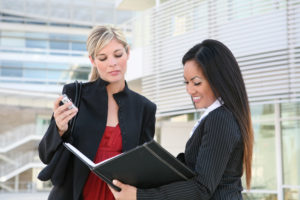 Then there’s “The Crack the Whip Award.” 500 points and a plaque with a removable riding crop goes to employees who devise a faster, cheaper, or better way to do a job.

Or how about “The Spark Plug Award?” A spark plug on a plaque goes to those with a “winning attitude” who “make things happen.” Award winners must receive votes from at least half of all employees as well as that person’s manager.

There’s even “The Brilliant Idea Award” that encourages employee suggestions. Every idea that is used earns 250 points for the person who submitted it.

Everyone has some untapped power and potential inside him or her. And you have the power to unlock that potential … if you make the other person feel important, using some of these techniques.

Action:  Your assignment this week … should you choose to accept it … is to apply 3 of the recognition techniques listed above.