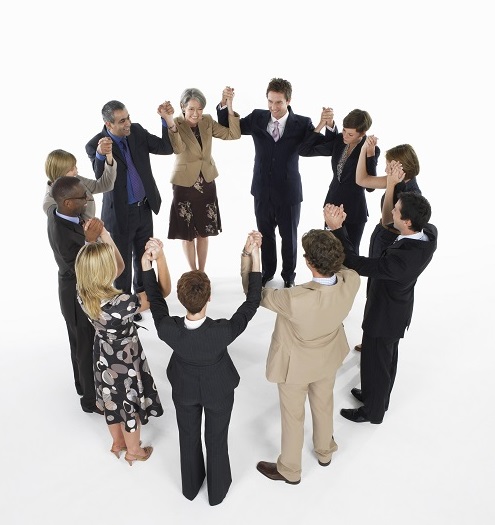 Some years ago, Steve Martin starred in the movie Sgt. Bilko and made a remark I’ll never forget. He said, “All I’ve ever wanted was an honest week’s pay for an honest day’s work.”

It was one of those statements that was incredibly funny and horrendously sad at the same time.

And yet, that came awfully close to describing how so many employees feel these days. Somewhat disengaged and entitled at the same time.

Well, it doesn’t have to stay that way. It is possible to re-inspire and re-engage just about everyone at work and at home. In fact, I’ve dedicated my professional career to teaching people how to do exactly that.

It comes down to four words and dozens of communication strategies. The four words are: Make Them Feel Important.

Of course time and space will only allow me to give you a few of those strategies in this Tuesday Tip. But start with these.

► 1. Give IMPORTANCE the respect it deserves.

Almost every leader tells their crew, “We couldn’t do this without you” and “You people are our most IMPORTANT asset.”

Sometimes I wonder if the leaders really, really, REALLY mean that, or it’s simply the expected, politically correct thing to say. I don’t know.

But I do know this. A lot of employees don’t FEEL that way … that they are the company’s most IMPORTANT asset … and, as a result … they don’t always perform that way.

So I urge leaders to give IMPORTANCE the respect it deserves. Give IMPORTANCE more than lip service. Give it deep-down-in-your-gut acknowledgement and acceptance. Know what the research says about the importance of importance and lead with that in mind … every second of your day.

Look at the research of such people as Dennis Kravetz who wrote The Human Resources Revolution. In a survey of 150 companies, Kravetz measured the degree to which companies had adopted a progressive human resource approach and its effect on the bottom line.

His conclusion? “There’s a positive correlation between an emphasis on human resources and STELLAR sales and growth.”

Richard Sloma took it a step further in his book, The Turnaround Manager’s Handbook. Sloma proclaimed unequivocally, “People are a firm’s most important asset. If you have an excellent product but only mediocre people, the results will be only mediocre.”

► 2. Focus more on inspiring than nurturing.

Former ITT executive Harold Geneen talked about his problem with the business trend that advocates “nurturing” employees. In his book, The Synergy Myth and Other Ailments of Business Today, he said that’s “baloney”.

To be more specific, Geneen said it’s baloney to buy into the philosophy that says, “Managers should nurture workers and strive to make the workplace a caring environment.”

On first glance, that sounds pretty harsh to me. Who wouldn’t want a more caring workplace?

However, as Geneen later explained, there’s nothing wrong with nurturing. But that’s ONLY the beginning of motivation. You have to go a lot further than that. You must also inspire workers. You have to inspire employees to work hard, to show initiative, and to get ahead, because that’s what really makes them feel important.

As Geneen put it, “My goal at ITT was always to make the people around me successful … You hold people to high standards for their own good. That’s much better than holding their hands.”

► 3. Focus more on growth than blame.

It’s like gardening. When you plant lettuce, if it does not grow well, you don’t blame the lettuce. You look for reasons it is not doing well. It may need fertilizer, or more water, or less sun. You never blame the lettuce.

“Yet if we have problems with our friends or our family (or our coworkers), we blame the other person,” says Thich Nhat Hahn in his book Peace In Every Step.

By contrast, Hahn noticed, “If we know how to take care of them, they will grow well, like the lettuce. The situation will change. Blaming has no positive effect at all.”

My Journey-to-the-Extraordinary program is all about growth … yours and the other people in your life. There are only a few seats left. Register now.

A lot of leaders try to make their employees feel important, but they miss the mark when all they give is vague, generalized platitudes. Such as “Great work … or … Keep it up.”

To truly make your people (and even the folks in your family) feel important, to bring out their very best, you’ve got to touch those people in a much more personal way. As communications coach Karen Friedman puts it, “People will not warm to your words if you don’t appeal to their hearts.”

Find some way to personalize the way you relate to people. Speak words to people that they know are specifically designed for them and not everyone else on the job.

Say such things as, “Marge, I noticed how you took time to ask that customer a number of questions, took notes on what he said, clarified what you heard to make sure you got it right, and then discussed various options to solve the customer’s problem. That was very professional.” That is so much better than saying nothing, as some people do, or give some lame feedback like, “Good job.”

► 5. Allow the negative to be vented and respected.

None of us like to hear other people whine, gripe, groan, and complain. But if you’re trying to make people feel important and trying to help them get past their negativity, you’re taking a great risk if you refuse to listen to their negative comments and take them seriously.

Sam Gellerman talked about that in Motivation in the Real World: The Art of Getting Extra Effort from Everyone. He described one executive who addressed a group of field managers, outlining a major cost-reduction campaign he had personally engineered. He detailed cost cut after cost cut.

When he finished, a company veteran responded by saying, “Sir, you may be pushing this cost-cutting business too far. People are saying their workload is getting too big. They don’t have enough time to do the job right anymore.”

The executive exploded, “D–n it! That’s a bunch of cr_p! Every one of these cuts is absolutely justified! Nobody’s workload is too heavy. Those are just lazy people making lame excuses. I don’t want to hear any more of that nonsense! Do I make myself clear?”

He had indeed and he got his wish. After that, none of the field managers passed on reports about the rising tide of resentment in the field force.

About a year later, the executive was flabbergasted when hundreds of employees signed a petition demanding union representation. The executive had cut himself off from feedback, which is something no manager in his or her right mind should ever do. It is about as smart as standing on your own oxygen tube.

Instead, encourage your people to share their feelings and when they do, respect those feelings. If someone says they’re frustrated with all the changes in the company, you can say, “Sounds pretty reasonable to me. Who wouldn’t be frustrated with the amount of change we’re going through?”

That will make the other person feel important.

Don’t ever respond to someone’s feeling by saying, “You shouldn’t feel that way. You should be glad you even have a job.”

While you may be right, you’ll be wrong in the eyes of others and that will never motivate anyone.

Final Thought: Don’t ever forget the IMPORTANCE of making others feel IMPORTANT, and then act on that thought.