“Action is the foundational key to all success.”
Pablo Picasso 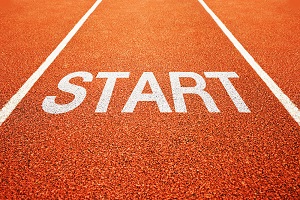 I was 18 and on my own, hitchhiking my way through Europe. Getting a ride was never a problem until I got dropped up off in the Black Forest of Germany about 6:00 P.M. one evening. I stood there … and stood there … and stood there … without catching a single ride … until late in the night when the cold temperatures began to take over. Hypothermia was a possibility. So I pulled some small shrubs that had been planted next to the highway out of the ground and started a fire, using the little bit of clothing I had in my backpack as kindling.

I was lost in the woods and in danger. Literally. But in my research, writing, and speaking career, I’ve come to learn that millions of people are lost in the woods … figuratively. Their minds are cluttered with lies that are holding them back from the bigger payoffs in life and at work. And their minds are devoid of the skills they need to build the relationships they want and need.

That’s why I’m offering my brand new webinar on “Emotional Intelligence Ramped Up: Going Beyond The Pleasant Smile And The Chicken Soup To Positive Peak Performance.” It will be on May 15, 2014 at 2:00 EDST. Put it on your calendar … registration opens next week!

Chances are … you’re lost in the woods as well in at least two or three areas of your life. Here’s what I suggest you do.

1. Identify the areas where you are lost in the woods.

Or identify the lies that you buy into. There’s an old slogan that says “the truth shall set you free.” It’s so true. If your GPS device had the wrong maps loaded into the system, it couldn’t take you where you wanted to go. And if your mind has some lies directing your path, you can’t get to where you want to go. So you must first identify those lies before you can root them out.

But it’s a lie. In my program, “Take This Job and Love It: Managing Stress and Balancing Life On And Off The Job,” I try to contradict some of the lies that keep people stuck in the woods by sharing my “10 Commandments For Right Living.” One of them states, “You shall not desire undue fame, for the burdens of greatness can kill the spirit.” And another one of them states, “You shall not desire great wealth, for there is no peace in the lives of the rich.”

In other words, doing better is great. Moving ahead is wonderful. But believing you can have it ALL and continually trying to get it ALL is a sure path to destruction of yourself and your relationships.

Another lie says, “Talking about something is the same thing as changing that something.” I can think of a number of people who have talked about losing weight, exercising, finishing their education, spending more time with the family, getting back into church, saving more money, and making more friends … for YEARS. But they’re all talk and no action. And as much as I hate to use the word, they’re liars. They’re lying to themselves and may not even know it. They’re really lost in the woods.

These people pepper their speech with such comments as “I know I should … I know I shouldn’t … I can’t … and … It’s really not my fault. There’s nothing I can do about it.” And as long as they buy into that lie, they’re not going to get anywhere.

Take a look at yourself. Take a look at the lies you’re buying into and living by. To get out of those woods, you must first realize you’re in the woods before you can get out of them. And if you’d like a copy of the most frequent lies people tell themselves … to see if you’re guilty of any of them … send me an email asking for the list. I’ll send it to you.

And then, to get out of the woods and into the daylight of greater happiness and success…

Nothing defeats a lie quicker or better than action. Lies make you feel helpless and hopeless, that there’s nothing you can do, and so you don’t do anything. But action says there’s always something you can do, and whatever little steps you take forward, you move a step away from the lie and a step out of the woods.

Take the airline industry, for example. Only one airline … Southwest Airlines … can brag about some 30+ years of profit every year in a row, while all the other airlines have either flirted with or gone bankrupt. All the other airlines were stuck in their lies, blaming all their problems on high fuel prices, high union labor costs, and government regulations … saying there was little or nothing they could do about it.

Southwest said let’s focus on what we CAN do, instead of focusing on what we can’t do and blaming other people or factors for our challenges. As noncorporate, and even as silly as it sounds, Southwest decided to take the action of love. They established some action guidelines for all their employees to follow, including: “Show love more often … Make love a decision and not a feeling, and then stick to it … Be gracious … Life is short; so forgive and forget … and … Recognize other people’s need for love as well as your own.” Their actions have kept them out of the woods and in the hearts of their customers ever since.

Take another example. You may have bought into the lie that “When you’re dead you’re dead”. But you decide to take some conscious action now so you can leave a lasting legacy later. Great! All you have to do is answer three questions and take the actions your answers inspire.

First, in one word, what would you like to leave as your primary legacy? How would you like to impact the lives of others in the future? Second, what are two or three words that describe how you would like to be perceived or remembered by people who have known you or heard about you? And third, what practical steps can you take each day to fulfill your answers in the first two questions? You’ll start living your life on purpose instead of throwing it away by saying, “Another day, another dollar.”

When you take action, you start your move out of the woods and into the realm of Emotional Intelligence. You CAN do it and SHOULD do it.

What are some lies you’ve told yourself? And how have they held you back?