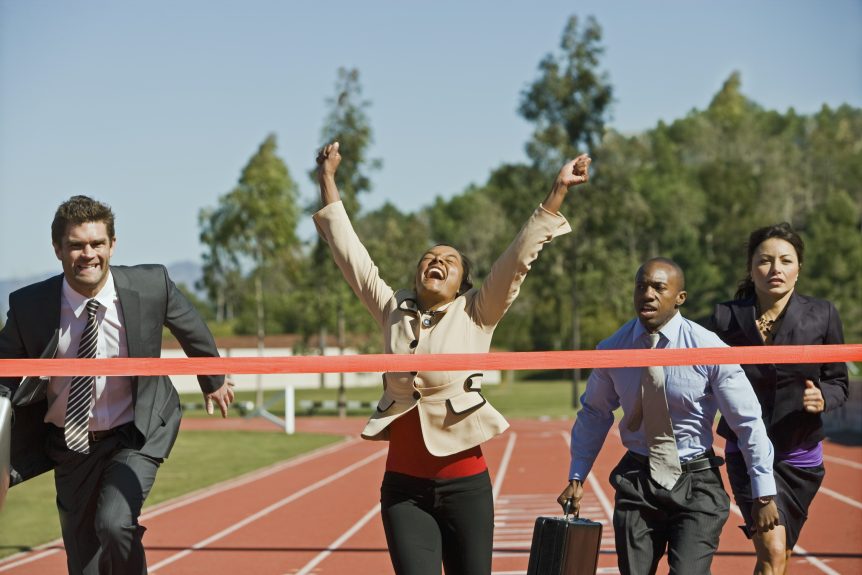 Most people don’t understand that success is not a matter of luck.  Nor does it have a great deal to do with having the right connections.

Success is a thoroughly studied science, filled with laws and principles that really work IF you understand them and apply them.

Unfortunately most people don’t even know those laws exist.

That’s why I’ve spent more than 20 years developing and delivering my two-day program, The Journey to the Extraordinary.  Because I’ve learned what those success laws are and want to share them with everyone who will listen.

In last week’s Tuesday Tip, I hinted at a couple of those laws:  to toil awhile and to endure awhile.

In essence, to toil awhile means you have to work hard.   Every successful person knows that hard work DOES NOT PREVENT problems. It simply GETS THEM THROUGH the problems.

To endure awhile means to hang in there.  Don’t give up too easily or too quickly.

It’s what Lee Iacocca, the former chairman of the Chrysler Corporation, did when his company was about to collapse. Iacocca pronounced, “So what do we do? Anything — something. So long as we don’t just sit there. If we screw it up, start over. Try something else.”

Let’s go on to two more laws of success.

Or take it from Monika Seeba, a senior program analyst for the U.S. Army, who attended my Journey-to-the-Extraordinary experience.  Monika said,

“ I flew in to attend your Journey, but what you don’t know about is the phone call I got the very moment my plane landed.  My son called to say, ‘Mom they’re kicking me off the swim team!’  I was in utter shock.

“I immediately shifted into Mommy Mode and was afraid he might do something stupid while I was gone.  Once I determined he was under surveillance, I went ahead with your Journey class, and was I ever happy I did.”

“I came back loaded with communication strategies that catapulted my career forward.  I made major strides in how I let people treat me.

“But I got an extra benefit I never expected.  The Journey changed my son’s life, and he wasn’t even in the class.

“Your Journey taught me how to bring out the best in my son.  Not only did he graduate, but he went on to the state competition with his swim team, finishing 5th overall.  He is now in his third year of engineering college and doing very well.

“I still get emotional thinking of how the Journey helped me to change a life.  Thank you again from the hearts of the Seeba family. I know I wouldn’t have come this far in my life and my career if I had not made the leap into your class.”

Just like Monika, that’s what AG did. He kept on believing.

You see … AG had a head for business but he was also a gifted musician. He played the saxophone, the flute, and clarinet. And while training at one of the most prestigious music conservatories in the country, AG hoped to make a name for himself in the music industry.

Alan Greenspan learned how to tap into this third law of success … to keep on believing.

As the title of this article indicates, everything else being equal, commitment wins every time.  Just like that high school kid you might have heard about.

He had an amazing season in wrestling, winning the second-place trophy in the state championships.

That was good.  Very good.  But the day after the state finals, he was back in the gym working out in the same old sweats with one small change. He had placed white tape on each of his three middle fingers, and on each piece of tape was a letter — M.I.H. His friends, family, and teammates all repeatedly asked about the letters, but he refused to divulge their meaning.

Finally, he was able to share with everyone … that while they cheered his second-place finish the year before … he vowed to get better … to never turn back from his goal of being the best. He developed a clear goal, designed a plan to achieve it, and created a tool to provide focus. He knew that if he really wanted to be the best, it was up to him. He was determined to M.I.H. — Make It Happen.

What about you? Are you known as a person of commitment?  Who never turns back? Who never quits?

Dr. Zimmerman’s Tuesday Tip, Issue 1002– Everything else being equal, commitment wins every time