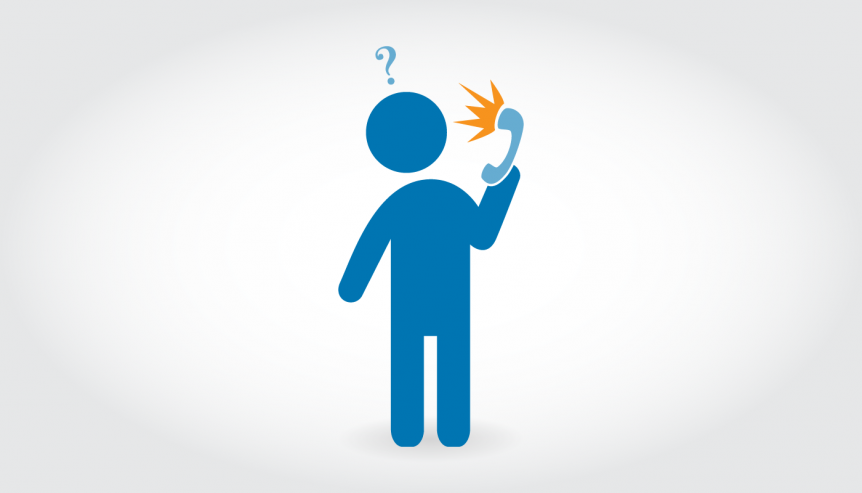 People have been quoting it ever since. It was said by the prison warden. He said, “What we have here is a failure to communicate.”

Well the same sentence could be applied to many organizations and teams. Almost everywhere I speak; the employee surveys say the same thing. The employees say there is a “lack of communication.”

That may be the bad news. The good news is there is something simple but significant that you can do about it. Read on.

To fix any problem, including a communication problem, you must first…

1. Assess the Depth and Breadth of Your Communication … at Home.

For example, there may not be enough actual communication time in your marriage or significant relationship.

And how much is enough? Dr. Willard Harley says 15 hours each week!

As the author of His Needs, Her Needs: Building An Affair-Proof Marriage, Harley studied hundreds of couples who were dating, couples who had maintained their romantic love while married, and couples having affairs to find out what made their relationships succeed or fail. And there was one common thread.

As he says, “Based on these findings and overwhelming evidence I’ve acquired since then, I tell couples that if they want to maintain their love for each other, they should learn to do what those in love are doing — set aside at least 15 hours a week for undivided attention, where one of the primary purposes is to engage in intimate conversation.”

Of course, people say to me, “15 hours a week? We haven’t got that much to talk about.”

Oh yes you do. That’s why I teach my Brave Question technique in my Journey-to-the-Extraordinary program and it is indeed a revolutionary technique.

Stuart Gray, the CEO of Hospitality Rocks, shared his experience.

“I just wanted to let you know what happened after learning your Brave Question technique at the Journey. First, I used the book to deepen my relationship with my wife. It took us 3.5 hours to complete the first 17 of your 400 questions. WOW!”

Stuart continued, “Then on my return trip from the lake, I rode with my 80-year old father-in-law for over ten hours and we only completed three sets of questions. The knowledge and understanding that I gained of my father-in-law made my wife eager to pursue deeper conversations with him as well … because I know things about her Dad that she is unaware of. Thank you for developing a tool that has helped in deepening my communication.”

And very much like point #1, to start the process of resolving your communication problems,

2. Assess the Depth and Breadth of Your Communication … at Work.

You may very well find out that there needs to be more communication … IF you want to be more successful.

Dennis Winslow documented that in his book, The Practice of Empowerment. He asked 1000 participants in his coaching seminars this question: “If you knew that a supervisor in your organization was doing something that was hurting the performance of the organization, would you confront that supervisor about what he or she was doing?”

Less than 50% said they would confront their bosses.

Of course that begs the question, “How will things ever get better if people aren’t talking about the problems and discussing ways of resolving them?”

Winslow then asked 6000 seminar participants, “Do you know of some way that your organization could make a substantial gain in cutting costs or improving the quality of its goods and services?”

100% of the participants answered “yes.”

Finally, Winslow asked, “Will you do anything about your suggestion?”

Less than 10% answered “yes” to this question.

From my experience of speaking to more than 2500 groups in hundreds of organizations, I think Winslow’s research is quite accurate. There is a failure to communicate in too many teams and organizations.

If you think that might be true in your group, then you need to take a moment to…

3. Figure Out What Is Causing the Lack of Communication.

In some groups it’s a time problem. People are so busy doing their jobs that they don’t seem to have any time left for communication.

In other groups, the lack of communication is caused by misplaced priorities. They think their tasks are more important than their relationships with their customers, coworkers, and even their family members.

In still other groups, the lack of communication can be attributed to a lack of trust.

Debra Boggan talked about that in her book, Confessions of an Unmanager. She found that the supervisors were giving lip service to the new empowerment program at a Nortel plant, but they weren’t really using it.

So she asked her team members, “Do you trust everybody else in this room?” She asked them to anonymously write out their answers on a slip of paper. Everyone wrote, “No.”

Debra was smart and she was a risk taker. She knew her team couldn’t make any progress as long as they had a trust and communication problem. So she offered to put herself on the chopping block. She said, “Let’s start with me. Why don’t you trust me?”

For the next couple of hours, her staff gave feedback. One said she wasn’t a good listener, that she seemed so preoccupied with her own ideas that she shut out the ideas of others. Another one pointed out that when they were talking one to one, she would take phone calls or speed read her email. Still others said she gave mixed signals–which sometimes she wanted the team members to take initiative and other times she wanted to run everything.

As the session progressed, an important shift came when a supervisor said, “I give mixed signals too.” Then others looked at how they could improve.

Somehow or other, Debra knew that one of the traits of a good leader is the extent to which his or her teammates speak up, share their ideas, and question the leader’s point of view. She had taken the first step in making sure that would happen. She was overcoming their “failure to communicate.”

Of course, I find a lot of leaders who will say, “My people just don’t speak up. I ask them for their input, but they don’t say much at our meetings. So I suppose we’re all pretty much in synch.”

Not necessarily. When team members fail to disagree with their leaders, more often than not, you’ve got a trust problem on your hands. That’s why I tell them, “Do not mistake silence for agreement.”

So take a moment with this third tip to figure out what might be causing your communication problem, if you have one.

And then, make it clear that you…

4. Value the Input of Others.

Great leaders certainly do. They know they can’t think of everything. And they know they are much more apt to find the right answer to a problem if they have several possible solutions in front of them.

President John F. Kennedy exemplified that. One of his close advisers said Kennedy tried to “surround himself with people who raised questions … and was wary of those who adapted their opinions to what they thought the President wanted to hear.”

Kennedy wanted the input of others and they knew he valued their input. It’s the perfect combination for a healthy, open communicative environment.

Unfortunately, in our crazy busy world, it’s easy to forget how important the input of others really is.

That’s what Mark Matter, the Director of Continuous Improvement at Universal Strap, learned when he attended my Journey-To-The-Extraordinary experience. It not only improves relationships, it improves you!

Mark says, “This is by far the most helpful seminar I have ever attended. I’ve gotten several great results, but you may be interested in a few of them. I used to be very sluggish and could easily spend nights on the recliner. Now it’s nothing to be out in the garage working until 10 or 11 on projects. My coworkers tell me I’m more upbeat. I’ve become a better listener and I’m using positive communication techniques at home and at work … and its working big time. Thanks Dr. Zimmerman.”

(Early-bird registration is now open for my next Journey program coming to Chicago, IL on November 10-11, 2016. Click here to register now and save $600 on your tuition.)

So how do you show others that you value their input … so they actually talk to you instead of about you? Try…

5. Actively Solicit the Input of Others.

It’s one thing to say your teammates’ input is important. It’s something else to go out there and get it.

I’ve found that effective communicators do several things. You might try one or more of these ideas.

To some extent, good communicators are tough-skinned. They know they’re going to be wrong once in a while. They want to hear opposing viewpoints, even if it’s hard to hear, because they know the best answers come from healthy debate, not silence or capitulation.

Back in 1967 when the prison warden in Cool Hand Luke said, “what we have here is a failure to communicate,” that was somewhat acceptable. After all, we didn’t have all the research and techniques we have today for solving communication problems.

Now, some 50 years later, it is inexcusable to say such things.

Final Thought: Communication works for those who work at it.