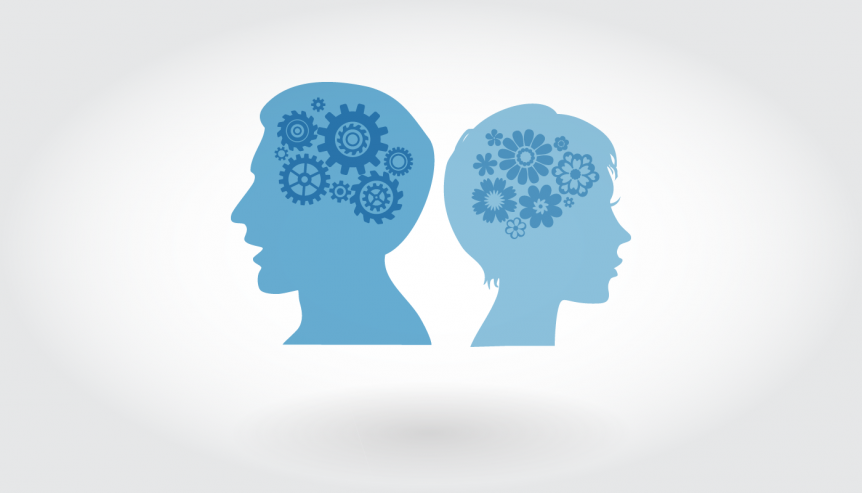 It doesn’t matter whether you’re working with someone or married to someone, relationships are difficult.  They take an awful lot of strenuous effort and intelligent skill.

But when you make them work, WOW!  You’ll not only feel like you’re on top of the world, you’ll be way ahead of most people who struggle with mediocre relationships.

That’s why my program on The Power of Partnership has become so popular.  You can actually learn how to make your relationships or partnerships so much more effective.

To get you started on that path, here are a few tips I recommend:

Men and women tend to use vastly different styles of communication, for example. Both styles have tremendous value, and both styles are necessary. But when males and females try to work together or live together, the style differences can easily lead to problems instead of problem-solving.

Just look at language usage. Women tend to use hint language while men tend to use literal language. Video-recorded research has shown that women often use a question at the end of a sentence. A woman might say, “It’s cold in here, isn’t it?” What she means is, “Turn up the heat.“

The man doesn’t get the hint. It’s not his language. He takes her literally and says, “No.” If this goes on long enough, she might complain, “He never does what I ask him to do.” He would reply saying, “Just tell me what you want,” to which she’d remark, “I’ve been telling you for 30 years, haven’t I?“

It’s like the time two women were asking about the suitability of certain men for marriage. They decided men who have pierced ears are better prepared for marriage. They’ve experienced pain, and they’ve bought jewelry.

One woman wrote Dear Abby. She wrote, “Dear Abby: My husband and I are slowly drifting apart. Is there any way I can speed up the process?“

The answer is, “Yes.” I’ve found four destructive behaviors that will destroy almost any relationship. These are things you absolutely cannot do if you hope to have The Power of Partnership working for you.

When times are tough, you can’t clam up or refuse to talk about it. According to research by Dr. Gary Chapman, 85% of failed relationships show a lack of communication. The people either didn’t talk or couldn’t talk, so they grew further apart.

And there’s some indication that men are more likely to withdraw than women. As one female comedian said, “Men are like remote controls.”  She said, “Think about it. They’re made for men. They’re ‘remote.’ They don’t get too close. And they’re in ‘control,’ or at least they think they are.“

A sick relationship may be like the one the Andersons had. Mrs. Anderson came up behind her husband and slapped the back of his head. She said, “I found a piece of paper in your pants pocket with the name ‘Mary Lou’ written on it. You’d better have an explanation.“

Mr. Anderson replied, “Calm down, honey. Remember last week when I was at the horse track? That was the name of the horse I bet on.“

The next morning Mrs. Anderson sneaked up behind her husband and whacked him again. The husband immediately complained, “What was that for?” She said, “Your horse called last night.“

It’s like the woman who was waiting for a diagnosis of her husband’s illness. The doctor came to her with a dour expression and said, “I don’t like the look of him.“

The man’s wife said, “I don’t either, but he’s good to the children.“

Shirley said, “I don’t know if I should watch them or the game.” Her husband replied, “Watch them. You already know how to play volleyball.“

Instead of belittling, offer words of appreciation. Everyone has qualities that can be appreciated. An old Arabic saying suggests that a real friend is one who blows away the chaff and nourishes the seed which remains.

In other words, everyone has some chaff in him, some unlikable quality. But when you appreciate someone, you overlook the unlikable qualities. You notice the great things in him or her and comment on those.

When you’re having an argument, no matter how much you are tempted to say hurtful things, you cannot and should not do so if you want your relationship to be happy and healthy.  You can’t retaliate.

That’s difficult. I’m sure we’ve all been in arguments where we’re about to lose our cool. Every bit of our previous training has taught us to shut up, but ooh, we just want this one time to say something nasty. We think it would feel so good to get it off our chest and get even with the other person.

Don’t do it! Don’t say it! One hurtful comment almost always leads to another and another.

In the midst of an argument, one woman said, “Sure, Moses was lost in the wilderness for years. That’s just like a man. He wouldn’t ask for directions.” To which her husband responded, “How can you say such things to me and also say you love me? If you really loved me, you would have married someone else.“

Retaliatory comments such as these hurt relationships.

If you say hurtful things, let me suggest that you apologize as quickly as possible. Dan Heist says, “When you realize you’ve made a mistake, make amends immediately. It’s easier to eat crow while it’s still warm.“

Finally, when you’ve got a problem in a relationship…

5.  Keep Your Imagination Under Control.

When relationships are under duress, it’s easy to believe there are more negative things about the other person than are actually there. Be careful.  This is an extremely dangerous step to take. In fact it’s often the last phase in a personal or professional relationship.

What happens during this phase is the establishment of a negative filter. One or both partners conclude that the other person is bad, worthless, or no good. This conclusion serves as a filter. No matter what the other person does in the future, it is seen through this filter. It’s all going to be interpreted negatively.

You’ve got to keep your imagination under control. You’ve got to be humble enough to admit you don’t know the whole truth. You only see it from your perspective.

And you’ve got to keep on listening with an open mind and a discerning heart. People can change and people do change. So leave a little room for that possibility if you want to preserve or build a relationship.

Good, healthy, productive relationships have much more to do with skill than chance.  You tend to make them happen rather than luck into them.  When you follow the five guidelines I’ve just outlined, however, you will be amazed at how much better your relationships will be.

Final Thought:  If you can’t love your enemies, at least be polite to your friends.