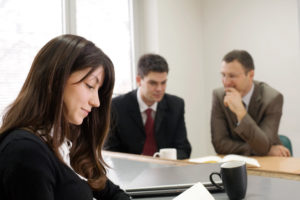 “You can tell more about a person by what he says about others than you can by what others say about him.”
Leo Aikman, newspaper editor

The doctor hurried into the hospital after being called in for an immediate surgery on a little boy. He answered the call as soon as possible, changed his clothes, and went directly to the surgery block. On the way, he met the boy’s father who yelled, “What took you so long to get here? Don’t you know that my son’s life is in danger? Don’t you have any sense of responsibility?”

The doctor calmly replied, “I’m sorry. I wasn’t in the hospital when the call came in and I came as fast as I could after receiving the call. And now, I wish you’d calm down so I can do my work.”

“Calm down? What if your son was in the surgery room right now? Would you calm down? If your own son were to die, what would you do?” asked the father angrily.

The doctor responded, “I would say, ‘Go and pray for your son, and we will do our best by God’s grace.'”

“That’s easy for you to say,” murmured the father, “giving advice when you’re not involved or concerned.”

Some hours later, when the doctor finished the surgery, he came out and told the father, “Thank goodness! Your son will be okay.” And without waiting for the father’s reply, he rushed toward the hospital door, saying, “If you have any question, ask the nurse.”

When the nurse came in the room, all the father could say was, “What arrogance! The doctor couldn’t even spend a few minutes to discuss my son’s condition.”

The nurse answered, with tears coming down her face: “His son died two days ago in an accident. He was in the midst of the funeral when we called him for your son’s surgery. And now that he saved your son’s life, he left running so he could be there to finish up his son’s burial.”

It’s a sad story but an all too common story. Our workplaces are often filled with difficult people or difficult situations. Indeed, job dissatisfaction and worker disengagement are at dangerously high levels. But get this: It is NOT the job or the work that is turning off most people. It’s the other folks on the job or at work … and the way they communicate … that is turning off our workforce.

Unfortunately, too many companies overlook the messes caused by difficult people and refuse to confront workplace bullying. They don’t even teach their employees how to deal with these troublesome folks. And as a result, these companies pay a big price! (But a lot of smart companies are asking me to come in and deliver my program on “The Partnership Payoff: 7 Keys To Better Relationships And Greater Teamwork.”) 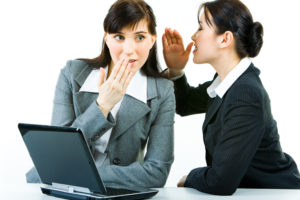 In fact, when difficult people are allowed to be difficult and when workplace bullies are allowed to keep on bullying, the research shows a high correlation between the presence of these behaviors and…

For starters, take a good honest look at yourself. See if you engage in any of these behaviors or make any of these comments … at work or at home. The first step in stopping these things is to be aware of the fact you do or say some of these things … because they seldom if ever work.

1. Words that provoke others.

As author Gary Sheely says, “If you like fireworks, here are your matches.” Or put another way, Sheely says there are some phrases you should never say “unless you enjoy the thrill of tempting people to poke you in the eye.”

* I agree. You may FEEL like saying some of these things, but be careful. If you want things to work out in your relationships, these words and phrases will only make things worse.

* Ordering words: Such as “Come over here … Calm down … Be reasonable … or … Do it and do it now.” Once you’ve finished your teenage years, you’ve had enough of being ordered around. You want to be informed or consulted but not ordered. You want to be treated like an adult, not a child.

* Lecturing words: Such as “Those are the rules … When I was your age … If I told you once, I’ve told you a thousand times … It doesn’t concern you … or … You should know better.” When someone lectures you, tells you what to do, gives too much unsolicited advice, uses pretentious words, or comes across as arrogant, he is saying … in effect … that he is superior and you are obviously inferior. She is smarter and you are dumber. And who wants to feel like that? No one!

* Threatening words: Such as “I’m not going to say this again … If you know what’s good for you … I wouldn’t do that if I were you … or … Just wait until your father (wife, mother, boss, coworker, customer) hears about this.” Good, healthy relationships are safe and trust-filled, but threatening words undermine all of that. They create an atmosphere of fear instead.

* Diagnosing words: Such as “You’re just saying that because … What’s really wrong with you is … and …What’s your problem?” When someone pretends to be a psychiatrist, digs into your mind, and tells you “why” you’re doing something or “why” you’re so messed up, you’re offended. And you have a right to be offended. After all, no one really knows “why” you feel what you feel or do what you do … except you … and sometimes not even you yourself. The diagnosing person needs to learn from Tony Robbins and his book, “Another Roadside Attraction,” when he says, “There is no such thing as a weird human being. It’s just that some people require more understanding than others.”

* Labeling words: Such as “You’re so stupid, slow, lazy, ignorant, hypocritical, uncaring, unprofessional, out-of-touch, and any one of a thousand other words that put a label on your head.” Even though there may be some truth in the label being attached to you, you know the label is far from the whole truth. So you’re bound to get defensive. And defensiveness is characteristic of negative relationships rather than positive ones. If, on the other hand, you’re the one doing the labeling, be careful. As author Wayne Dyer puts it, “When you judge another, you do not define them, you define y
ourself.”

* Blaming words: Such as “You never … You always … You wouldn’t understand … This wouldn’t have happened if you had just … and … What do you want me to do about it?” There’s almost always two sides to every story, and there’s almost always more than one cause to a problem. So getting blamed for something often feels unfair as well as incorrect.

Years ago, the great American humorist Will Rogers advised, “Never miss a good chance to shut up.” When it comes to all of the defense-arousing, fight-inducing words and phrases listed above, I think it’s pretty good advice.

2. Behaviors that turn off others.

Again, if you’re guilty of any of these behaviors, you need to eliminate them.

Of course, difficult people will often challenge me and say, “Just a minute. These things work.” I respond by saying, “You’re right. These behaviors ‘may’ work in the short run, getting you want you want, but they almost never work in the long run if you’re trying to build lasting, productive, cooperative relationships at work or at home.”

As a general rule, if you see two or more of these behaviors in yourself or someone else, you’re looking at a difficult person or a workplace bully. Just be aware of the fact that these troublemakers come in a variety of shapes … some with aggressive, in-your-face behavior … some with sneaky, behind-your-back, passive-aggressive behavior … and some with a hodge podge of crazy-making tactics and techniques.

Some of these behaviors come from authors Arnold Sanow and Dan McCarthy, and some of them come from my research.

* Yelling or confronting someone in public.
* Not doing what you said you were going to do. Not keeping your promises.
* Over promising and under delivering.
* Supportive in private but putting down the other person in public. Talking behind someone’s back to damage your victim’s reputation.
* Gossiping about other people and disclosing confidential information.
* Isolating victims by not including them in activities and/or information.
* Being unpredictable and inconsistent.
* Having a hidden agenda so people are never quite sure what’s up your sleeve.
* Agreeing just to avoid conflict. Never willing to take a stand.
* Never sharing anything personal about yourself so people never really know who you are.
* Delivering the silent treatment to individuals or ignoring others at meetings.
* Seldom finishing anything you start.
* Having a reputation that says you can’t be trusted.
* Dismissing the other person’s ideas without due consideration.
* Won’t listen. (You seem to live by the motto that says: “Conversation is a competition. The first to take a breath loses.”)
* Interrupting others frequently.
* Not interested in what’s important to others.
* Coming across as uncompassionate or insensitive.
* Seeing others as a threat when they are successful or come up with good ideas.
* Making the other person look bad so you can look good.
* Making decisions without explaining how or why you made the decision.
* Changing your plans or mind without telling others who are affected or without explaining why.
* Acting superior, arrogant, condescending, or better than others.
* Bragging or playing one-upmanship, saying, “Oh, that’s nothing. Let me tell you about the time I…”
* Refusing to admit your mistakes or acknowledge your weaknesses.
* Blaming others for your problems and situation.
* Misrepresenting others’ views.
* Refusing to give a straight answer to a question. Being evasive.
* Getting angry when confronted by someone else.
* Saying anything to achieve your objectives and results.
* Sugarcoating the truth or just plain lying.
* Talking incessantly. Giving too many details.
* Interrogating or grilling others rather than dialoguing with them.
* Being overly opinionated. You’re always right and the other person is always wrong.

Nothing is more satisfying than a good personal relationship. And nothing brings about more productivity than a cooperative work relationship. However, all of that can be wiped out if there are too many “words that provoke others” and too many “behaviors that turn off others.”

As much as you are able, refuse to speak any of the words or engage in any of the behaviors listed above. Keep yourself from becoming a difficult person or a workplace bully. And if you happen to be living or working with those types, I’ll give you some guidelines on how to cope with them next week.

Action:  If you’re brave enough, give the list of “behaviors that turn off others” to several people who know you well. Ask them to anonymously check off and send you a list of the behaviors they see in you. Then get to work on eliminating those behaviors.