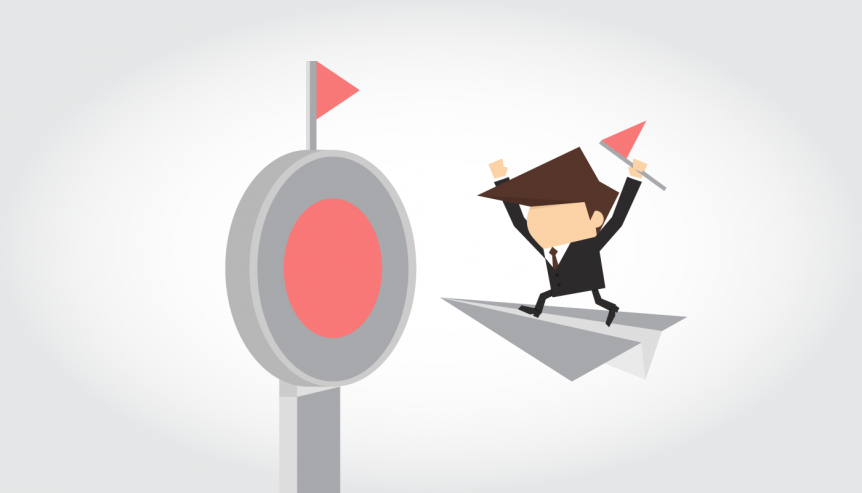 One time when my daughter Rachel was about five years old, we were playing the Candy Land game. And as luck would have it, she lost five games in a row. But that didn’t faze her. Whenever she would lose, she would clap her hands, and say, “Yay, Dad. You won. You won.”

I couldn’t figure out her reaction, because I know most kids get rather upset when they don’t win. So I asked her, “Rachel, how do you that? How do you keep on clapping for me even though you lost?”

My reaction was “Wow! How does a five year old get the wisdom of an Abraham Lincoln?”

After all, it was Lincoln who said, “Most people are about as happy as they make up their minds to be.”

What about your attitude? Is it as positive and empowering as it could be? Or is it up one day and down the next?

Are you able to stay upbeat, optimistic, and enthusiastic all the time? Or does it all depend on what is happening in your life?

When you learn to build and keep a powerful positive attitude, you will see dramatic improvements in every aspect of your life, job, and relationships.

Here are a few ways to do that. Read on.

Don’t pooh-pooh attitude as some fluffy, pie-in-the-sky hype from a motivational speaker. Look at the research. It absolutely proves the importance of attitude.

The latest research says attitude is a better predictor of success than IQ, grade point average, or almost any other factor you can think of. Dr. Martin Seligman proved that in his monumental, ground-breaking book, Learned Optimism. He found that negative people get sick more often, are divorced more frequently, and raise kids who get in more trouble.

Even more amazing, over 70% of these millionaires never went to college. And over 70% of those who became CEOs graduated in the bottom half of their class. Seligman concluded that it was their attitude, more than their aptitude, which determined their altitude.

That’s why I developed an entire keynote and seminar on UP Your Attitude: 6 Secrets that Turn Potential into Payoff. I want to show you exactly how to create an attitude that will never let you down.

2. Remember Your Attitude is Your Choice.

Bernard Brunsting learned that while flying a B-17 during World War II. It was winter, the skies were overcast, and the on and off fog and rain made flying extremely difficult.

The crew chief chose a different, more positive attitude. And you can do the same thing in any situation or circumstance.

Even medical science backs that up. Dr. Thomas Hackett, a Harvard psychiatrist, found that sick people who minimize the seriousness of their condition by emphasizing their optimism, hope, trust, and humor have higher survival rates than chronic worriers. He says, “Sometimes the best medicine is in your head … A positive attitude has a life-saving effect.”

3. Act Your Way Into a More Positive Attitude.

I’ve delivered more than 2,500 keynotes and seminars around the world and I love, love, love my job. In fact, I thank God every day for the career and opportunities He has given me.

However, I’m only human. There have been a few times … actually very few times … I just didn’t feel like giving a speech on a particular day. I had let my positive attitude slip away.

That’s exactly what I did in those situations and every other situation where my attitude was less than optimal. And the technique has worked like magic every single time.

It will also work for you.

The power of acting your way into a new and better attitude was driven home by Betty. She was in my audience for a school district where I was speaking. She told me how bleak and depressed she felt when she was diagnosed with cancer for the third time.

But then she decided to try the two techniques I just shared with you:

She told me she decided to live and act positively.

So I asked her, “Exactly how did you do that?” She told me that she decided to sing, to really sing. Betty sang upbeat songs for an hour each day before she went to school, even though she didn’t feel like it. She said somehow or other, she began to feel better, emotionally and physically. Betty kept it up. And with sparkling eyes and an infectious smile, she said, “I sang the cancer away.”

Of course, I’m not a physician, and I don’t know all the ways a body is healed. But I do know that her development of a positive attitude added a lot to her healing.

If your attitude isn’t as positive as it needs to be, take some action. Attitudes can be built, and you can be your own general contractor.

Final Thought: It is your positive attitude, more than your aptitude, which will determine your altitude.