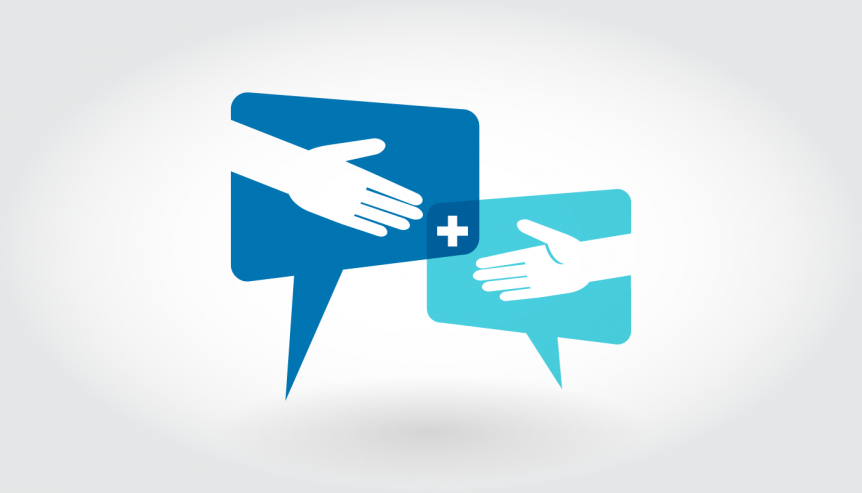 Bill is the Vice President of a huge corporation who is also one of my clients.  After delivering a program to his leadership team, Bill pulled me aside and said, “You don’t know my story, but it coincides perfectly with what you’ve been saying today.  Would you have a minute so I could share it with you?”

Bill said he had a background of drugs and petty crime.  But when he walked into his 12th grade English class taught by a Mrs. Wolfkowitz, she pulled him aside. She said, “Bill, you’ve got quite a reputation around here. I’ve been told you’re no good. But I want you to know I don’t see it that way. I’ve seen you help out a few younger students and I’ve seen you be quite polite on occasion. I believe there’s goodness inside of you and that’s what I expect to see this year in my class.”

Bill told me that Mrs. Wolfkowitz was the first person who ever spoke to him that way and from that day forward, he changed for the better.  Someone had a positive attitude about him.

You see … people can change, and people do change.  However, their change is often preceded by someone’s attitude towards them.

So the question is …

HOW can you develop a more positive, more understanding attitude towards other people?

You’ve got to develop a positive attitude towards people if you want to bring out their best. The difficulty is some people aren’t very nice or easy to like. However, I’ve found these techniques to be very effective, techniques extracted from my program on UP Your Attitude.

1. Picture Yourself As an Understanding Individual.

See yourself as understanding, patient, and kind. And hold that picture in your mind for a few seconds every day. The more you practice your picture, the more you’ll become that way.

There are times you won’t like what you see in other people. Their behavior turns you off. And you will have little or no desire to understand why they behave the way they do.

3. Recognize the Drive in Others.

Of course, not everyone looks that way. On the surface, some people look so depressed, down, and negative, that they don’t seem to have any ambition whatsoever.

Despite their appearance, I would contend that deep down, somewhere inside those people, there is still a little spark of desire to have or be more. If you will remember that, it will be much easier to have a positive attitude toward such people.

And it will be much easier to bring out their best. As Bill Hewlett, one of the founders of Hewlett Packard said, “Our policy flows from the belief that men and women want to do a good job, a creative job, and if they are provided with the proper environment they will do so.”

Picture yourself driving around a crowded parking lot on a rainy day. In fact, the rain is coming down so hard and so fast that there are several inches of standing water all over the parking lot.

Nonetheless, you park your car and head for the sidewalk and the entrance to the shopping mall. However, when you finally get there, you see a car parked directly in front of the sidewalk. There’s no way to get inside the store without going around the car and through some very deep puddles.

You’re probably thinking, “How thoughtless can people be? How dare they?” You trudge through the puddles, get to the door of the shop you want to visit, shake off the rain as best you can, and turn back towards the parked car to share a few angry, disgusted looks.

Just then you see a lady struggling along with crutches, her legs in braces. She slowly inches her way to the slippery sidewalk, gets to the parked car, falls in, and drives off.

How do you feel now? You’re probably ashamed of the nasty things you thought about that car and driver only a few moments before. Your anger and irritation are probably gone. In seconds, everything changed.

But stop. Take a deeper look. What changed you? The situation was still the same. The car was still blocking the sidewalk. You still had to wade through the deep puddles of water. The only thing that had really changed was your attitude toward the situation. You saw the woman and her plight and suddenly you understood.

The Native American Indians knew this. They prayed, “Great Spirit, help me never to judge another until I have walked two weeks in his moccasins.” They knew it was easy to write someone off if they only looked at the outside of the person. But they also knew they were less likely to judge someone if they just put themselves in the other person’s shoes.

The Christian tradition takes it bit further. They say, “Hate the sin but not the sinner.” In other words, you can’t condone and you shouldn’t condone wrongful behavior. However, it’s a lot easier to accept someone if you restrict your dislike to his wrongful behavior rather than his entire personhood.

5. Look for the Good in Others.

It’s amazing how some people are determined to look for the bad in others. They almost seem to get a kick out of finding fault in someone else.

Of course, truly effective people think quite differently. They know there’s always something good in others. As American folk hero Will Rogers said,

“I never met a person I didn’t like…but sometimes you got to look real hard.”

And truly effective leaders act quite differently. As sales trainer Dave Yoho says, “In every human being God has placed a special gift, a special talent, which may not be seen. Our job as leaders is to find that gift and help that person develop it.”

History is full of stories of gifted people whose talents were overlooked by a host of people. And their talents lay dormant until someone looked for the good in them.

Motivational author Elbert Hubbard summarized it quite well. He said, “There is something that is much more scarce, something far finer, something rarer than ability. It is the ability to recognize ability.”

Dr. Zimmerman’s Tuesday Tip Issue 866 – How to Develop a Positive Attitude Toward Someone