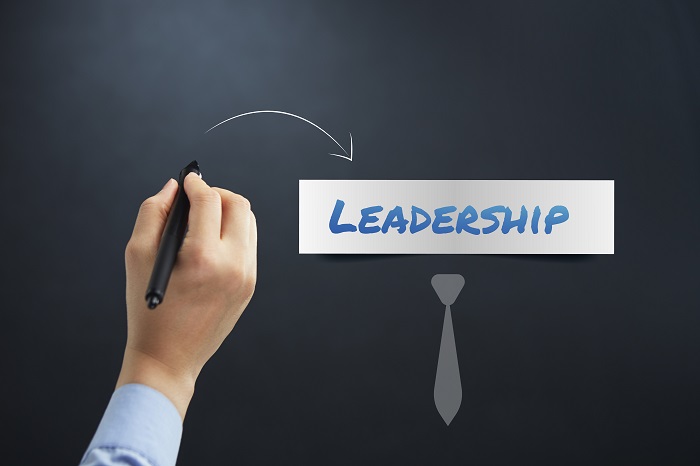 You are always leading people somewhere. The question is … Do you know where?

If you asked someone whether or not he or she was a leader, they would probably say “no.” They don’t have any particular leadership title. They might even add such self-deprecating comments as “I’m just an IT guy … or … I’m just a salesperson … or … I’m just a homemaker.”

Baloney! You are NOT a just-a anything. You are a leader of some sort because you influence everyone around you.

You are not just-another neutral force at work. You are making your workplace a better or poorer place to work.

And you are not just-a neutral force at home. You are making your home a healthier or an unhealthier place to live.

You are undoubtedly leading or influencing lots of people, every day, whether you know it or not. So in today’s Tuesday Tip, let’s take your leadership from the never-think-about-it level to your conscious awareness of how you can lead others more effectively and positively.

For some of you, it may not be natural for you to consciously think about how you can lead or influence others for the better.

For others of you, you think you’re a little too shy to reach out to others in a more leader-like purposeful way.

And so your fear gets in the way of your being a more effective influencer or leader of others. You’re stuck in your comfort zone of doing what you’ve always done.

Well it’s time to throw your excuses out the window.

To manage your fear and build your courage, start with a decision … that you are going to try on some new behavior … that you’re going to be a better leader despite your fear.

As Orison Swett Marden, the founder of Success Magazine, wrote, “Most of our obstacles would melt away if, instead of cowering before them, we should make up our minds to walk boldly through them.”

Effective leaders refuse to give in to fear. They know that fear always has been and always will be their biggest enemy, but they do what they know needs to be done despite the fear.

And notice, I said “despite the fear.” Great leaders may not be fearless. But they are courageous. They follow Aristotle’s advice, who said, if you don’t have courage, simply behave as though you are courageous and you will eventually master the virtue.

About 2000 years later, American philosopher Ralph Waldo Emerson took the courage concept a step further. When he was 12 years old and walking down the street in Concord, Massachusetts, a piece of paper blew against his leg. He picked it up and read, “If you would be happy and successful in life, make a habit of doing the things you fear.” It changed his life forever after.

One of the secrets of effective leadership is doing what ordinary people are too afraid to do. 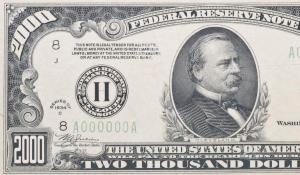 (F.Y.I. In the Thanksgiving spirit, I am giving ten $2000 bills away … giving them to ten clients who want to book one of my keynote, half, or full-day programs. For more information, go to this link)

This point really hit home for me this last week.

As you may know, I’ve been working in Israel recently and on my last day there I got a call that my father had passed away. I rushed back to California to be with my family and arrange the funeral … which blew me away.

I’ve always known that I was blessed with an awesome father, but the hundreds of emails that came in and the dozens of testimonials at the service reinforced that big time. The emails and testimonials went on and on as to how my Dad had changed their lives.

Of course, you might wonder if my Dad was some kind of important, recognized leader with a big title. No, Dad would never have seen himself that way. After all, to the world, he would have been described as being nothing more than being just-a truck driver.

But Dad took this second point of leadership seriously … to look for ways to help others and then do it.

For 47 years he always had a second job (in addition to his truck driving). Some of that time he worked as a Christmas tree grower, during which he hired the drunks, the down-and-outers, and the juvenile delinquents to give them a second chance in life. He got trained as a Stephen Minister and spent years visiting and counseling the hurting and the elderly. And then he became a cook for hundreds of homeless people.

These last two weeks have reinforced one of the key aspects of effective leadership. Like my Dad, you don’t need a lot of education, or money, or power to make a huge positive difference.

(F.Y.I. My Journey-to-the-Extraordinary program being held in Chicago later this week is sold out. However, you have one more opportunity to attend the Journey, coming to Pierre, SD on November 29-30, 2018.)

The average person has an outward focus. He spends his time wondering “if” change is possible or explaining “why” something won’t work. He focuses on blame and problems rather than solutions.

Effective leaders hold themselves accountable. They don’t make excuses. They don’t blame other people and they don’t blame their circumstances for where they are. They take responsibility for who they are, where they’re at, and what needs to be done … so they can make a bigger and better difference in their workplaces, in their homes, and in their relationships.

Final Thought: “Whether or not we realize it, each of us has within us the ability to set some kind of example for people. Knowing this, would you rather be the one known for being the one who encouraged others, or the one who inadvertently discouraged those around you?” Josh Hinds, syndicated columnist and author