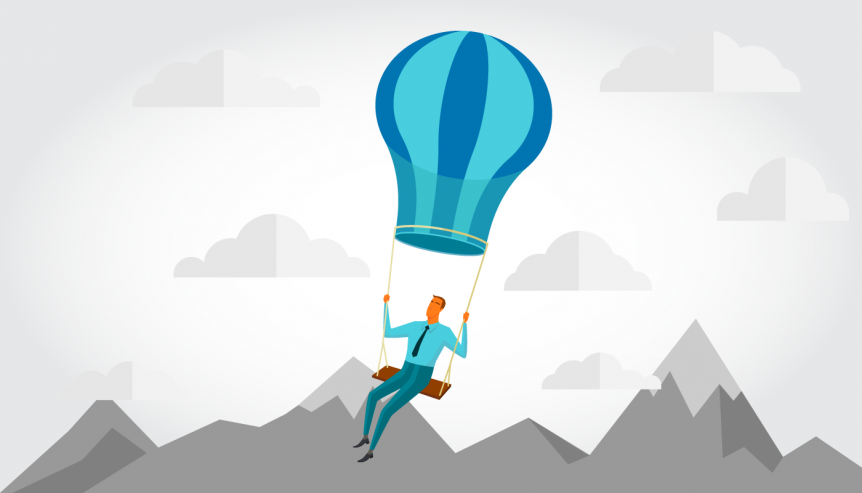 When Karl Albrecht returned from World War II, he found his mother’s small corner store in Western Germany unscathed from years of air raids. He took it over and expanded it into a chain of Aldi supermarkets, became the richest man in Germany, and made it on to the Forbes’ list of billionaires.

So obviously, he knew something about leadership … even in a time when digital hacking is bringing down leaders around the world.

As Albrecht put it, “There is an ancient and immutable truth: The ability to sell, explain, persuade, organize, motivate, and lead others still holds first place. Making things happen still requires the ability to make people like you, respect you, listen to you, and want to connect to you.”

Unfortunately, many leaders don’t understand that and don’t develop their human connections as well as they could. I suppose that’s partly what keeps me in business. But I see so-called “leaders” trying to lead people, but they have zero people skills. They’ll even e-mail a coworker who is seated just 25 feet away rather than go and talk to the person face to face.

Perhaps they think they don’t need any more people skills. That’s what one of my clients Joe Herman discovered.

As the Vice President of a huge computer company, Joe sent out a notice saying he would give out 1500 free copies of Dale Carnegie’s book on “How To Win Friends and Influence People” – one to each leader in the organization. The only requirement was that the leaders who got a copy would agree to read it. Only 50 out of 1500 people grabbed onto his offer.

If that’s the priority some leaders give to the development of their people skills, it’s no wonder some organizations have more problems than necessary. That’s why Richard Leider, the founding partner of the Inventure Group, wrote in Forbes magazine, “People don’t leave companies; they leave leaders.”

But I’ve got some good news for you. You can develop leadership skills that are extremely powerful and highly effective. Here are four of those skills:

Development Dimensions International, a global human resource consulting firm, identified several telltale signs of leadership failure. Almost all of them related to poor people skills. Some of the stronger indicators were impulsiveness, imperceptiveness, and a dependency on others for approval.

However, one of the strongest indicators of leadership failure was arrogance. As the former head of Russia, Boris Yeltsin said, “You can build a throne with bayonets, but you can’t sit on it for long.”

During a break while delivering my program on 4C Leadership: Communication, Cooperation, Commitment, and Change, an audience member pulled me aside to share a story about his “leader.” He told me his sister had passed away and he told his boss the funeral was scheduled for Monday. He would very much like to attend the funeral and asked for a personal day of leave.

His boss’ response? He asked if the funeral could be changed to Friday because, “that would work better for me.”

Obviously zero empathy. The boss was entirely focused on his agenda and gave no thought to his employee and their working relationship.

By contrast to that leader’s lack of empathy, at a reception following a business seminar, one man seemed to attract women like a magnet. There were more physically attractive men in the room, so this led one executive to ask another, “What’s his secret?”

Fortunately, leaders who deny the importance of people skills, who aren’t developing their people skills, have nothing to back them up. All the research is against them. They’re outdated and ineffective.

3. Give Generous Amounts of Recognition.

Never forget to recognize those around you. After all, great leaders are almost always very good at recognizing others.

And it’s not hard to find things to recognize. Nicki Joy reported the following story in her book, Selling is a Woman’s Game. A psychology professor sent cards to a dozen acquaintances which he selected at random. Each card had the same message, “Congratulations, you should be very proud.”

The result of her experiment was quite interesting. Everyone who received a card replied with a hearty “Thank you.” They reported new promotions, new grandchildren, new home purchases, and sports and school victories. Some of the respondents were pleasantly surprised by the professor’s acknowledgment, but they all felt they had done something worthy of praise. The moral is obvious:

That’s how Steve Jobs recruited John Scully to take over Apple Computers. He planted a vision in Scully that Scully later planted in others.

At the time, Scully was destined to lead up PepsiCo. The clincher came when Jobs asked him, “How many more years of your life do you want to spend making colored water when you can have an opportunity to come here and change the world?”

Many people would argue that the best CEO of the 20th century was Jack Welch, the former chairman of General Electric. When asked for his thoughts on leadership, he echoed the same sentiment. Leadership starts with vision. Jack said, “With leadership the question at the beginning and at the end of the day is, ‘How far can we take this…how big can we grow it…and how fast can we get there?’”

Final Thought: Leaders provide the sky in which others may soar.