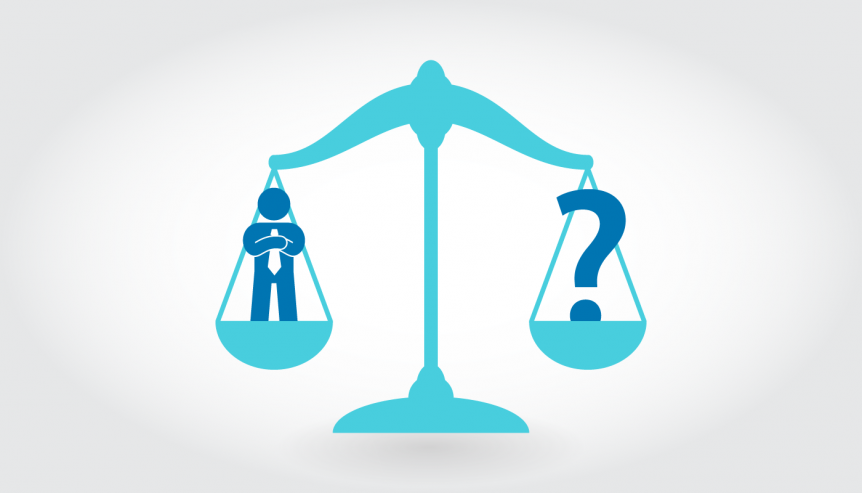 Last fall, at the height of the campaign frenzy between Hillary Clinton and Donald Trump, there was a joke going around.

But I didn’t find the joke very funny. In fact, I found it incredibly scary. Because the first job of any person in a position of leadership … at the national/state/local government level … or at the organization/team/family level … is to tell the truth.

Of course, most people in positions of leadership think vision, communication, or problem-solving skills come first. And those skills are an important part of the mix.

But think about it. What difference do those qualities make if the public, or your employees, coworkers, and family members can’t trust you or your leadership?

Does it matter how exciting your vision is if people don’t believe you’ll actually implement it?

By contrast, I’ve found that the best, most effective leaders are known for their integrity and truthfulness. To be specific, their behavior is marked by four characteristics. These four leadership principles will change your life and relationships for the better.

There seems to be no middle ground. You’re either telling the truth or you’re telling a lie.

I like the way one wealthy individual told the truth in the New York Times. He was asked how he had amassed a huge fortune years before. He said, “It was really quite simple. I bought an apple for five cents, spent the evening polishing it, and sold it the next day for ten cents. With this I bought two apples, spent the evening polishing them, and sold them for twenty cents. And so it went until I had amassed $1.60. It was then that my wife’s father died and left us a million dollars.”

He told the truth. He didn’t add a few extra details. The millionaire didn’t glamorize the process. He didn’t even “stretch” the truth for a little extra impact. He just told the plain old unvarnished truth — which is what you’ve got to tell if you aspire to be a “true” leader.

When Christopher Columbus was stranded in the Caribbean and needed supplies, he knew an eclipse was going to occur the next day. He told the tribal chief, “The God who protects me will punish you. Unless you give me supplies this night, a vengeance will fall upon you and the moon shall lose its light!” When the eclipse darkened the sky, Columbus got all the supplies he needed.

But the truth does come out. In the early 1900’s, an Englishman tried the same trick on a Sudanese chieftain. “If you do not follow my order,” he said, “vengeance will fall upon you and the moon will lose its light.” The Sudanese chieftain replied, “If you are referring to the lunar eclipse, that doesn’t happen until the day after tomorrow.”

Verbalize your values. Don’t make your employees (or other people) have to guess what you stand for. Tell them what you believe and how you feel and why you think that way.

It’s one of the things Larry and Korin Dobbs learned at my Journey to the Extraordinary program and it changed their lives and their careers in dramatically positive ways.

“Alan, as longtime leaders … my wife in the government sector and me in the business sector … we’ve been to hundreds of seminars and workshops during our careers. But, we both agree; none have been as informative, timely, and useful … truly life-changing, as your Journey-to-the-Extraordinary experience! We’re now serving as leadership development trainers across the country in the social sector.”

(Note: My next Journey program will be held in Minneapolis on May 4-5, 2017. Click here for more information on each of the two days and pricing for this event.)

Larry and Korin are talking and walking their values. And when you do that, other people may not always agree with you. They might not even like some of the things you say and do, but they will respect you more.

One example comes to mind. The whole world respected Mother Teresa, even people who did not agree with her theological positions. The world respected her because she made it exceedingly clear what she believed and every part of her life was consistent with those beliefs.

4. Admit Your Mistakes in Leadership.

Everyone make mistakes. But what really hurts your leadership and what really makes mistakes expensive is not admitting them right away.

Unfortunately, most business cultures discourage people from admitting their mistakes. They’re indirectly taught to bury their mistakes or blame someone else.

Not Katie Paine, founder and CEO of the Delahaye Group. She instituted the “Mistake of the Month Club.” She says, “Several years ago, I overslept and missed a flight to a big client meeting. I walked into my next staff meeting, plunked $50 down on the table, and said, ‘If you can top this mistake, that money is yours’.”

Katie continued, “People started to own up to mistakes and suddenly we had a flood of them. At every staff meeting since, we’ve set aside 30 minutes to write up the mistakes of the month on a whiteboard. Then we cast a vote. Since then we’ve recorded more than 2000 mistakes. Once a mistake hits the whiteboard, it tends not to happen again. It has become a bonding ritual. Once you go through it, you’re a member of the club.”

Admitting your mistakes takes guts. But it shows character and builds trust. It is a vital piece of the honesty that makes you a leader of integrity.

Final Thought: Employees will forgive and forget a leader’s errors in judgment, but they will never forget his/her lack of integrity.

Another Final Thought: If honesty doesn’t sell, nothing should.

Join Me in Minneapolis

My next Journey to the Extraordinary experience in Minneapolis, MN on May 4th-5th, 2017! Join me at the Doubletree by Hilton Hotel – Bloomington Minneapolis South for this intensive, two-day event focused on unlocking the power of the 12 Keys to Extraordinary Success in your life and work. Together, we’ll examine principles like self-esteem and goals, and the power those keys have over developing your own personal peak performance. We’ll also look at leadership skills and communication strategies you can use to bring out the best in others.

Don’t get me wrong. This isn’t just another “rah rah” motivational seminar. This is a success boot camp focused solely on changing your life – both on AND off the job. Carolyn Krumrey, Chief at NASA had this to say about her Journey to the Extraordinary experience:

“What would I change in the ‘Journey?’ Nothing. You have made the greatest impact on my life of any public speaker. This program is terrific!”

As a bonus, if you register now, you’ll enjoy the lowest tuition price I’ve ever offered for this experience. If that wasn’t enough, I’ve also included more than $1,700 worth of bonus materials that will be yours, at no cost, just for joining me for the Journey. You don’t want to miss it!

Because it’s necessary to work closely with each person who attends the Journey, seating is extremely limited. I encourage you to take the next step in your personal and professional success. Don’t delay … register now for this life-changing, work-transforming experience. You’ll be so glad you did.