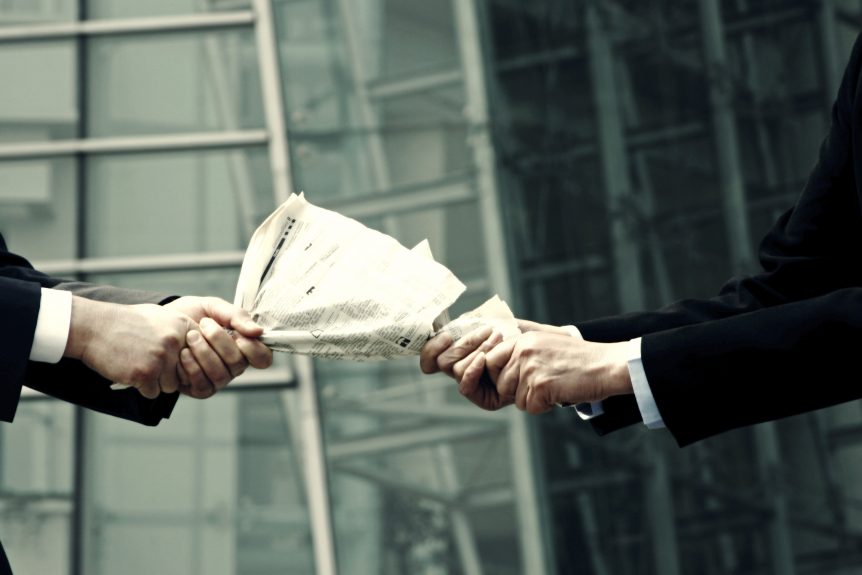 Have you ever felt used?  Cheated?  Or manipulated?

Of course you have. We all have. We’ve all been in the presence of takers, and some of have had to work or live with them.

The first thing you’ve got to do is KNOW when you’re around takers. You’ve got to spot them before you can stop them.

If you see one or more of these six signs, you KNOW you’re in the presence of a taker and you had better KNOW how to handle them.

Of course, this behavior is easy to spot.  You hear it in their conversations all the time.  You say something and that instantly reminds them of something they experienced.  So they’ll jump into the conversation and hijack it with a comment such as:  “That reminds of the time I … or … I’ll never forget … or … That’s nothing.  Let me tell you about the time I …”

You just got a promotion and they need a job.  All of a sudden you’re best friends again.

You’re blessed with a stroke of good luck and like the turkey vultures I see in the Everglades, they’re ready to swoop down to grab a piece of it.

It’s sickening to watch.  So it’s no wonder that oftentimes the Powerball lottery winners want to keep their identities secret.

Takers are focused on their desires, their wants, and their needs.  Not yours.

They’re like the father who never showed any interest in his daughter until she announced her engagement to a rather well-to-do young man. When the young man asked for the father’s permission to marry his daughter, the father replied, “Can you support a family?”

“Good,” replied the father. “There are six of us.”

Just remember this.  When someone tells you they just can’t, they’re almost always lying.  What they really mean is they “don’t want to.”

I’m especially irritated when someone tells me, “I don’t have time.”  Yes, they do.  They have as much time as everybody else.  They’re simply using their time on something else they consider to be more important than you and your request.

When others talk, takers daydream, think about their response, or simply wait for a pause in the conversation so they can change the subject to something they want to talk about.

I remember one taker who got so preoccupied with his work that he seldom paid attention to what other people said.  So his wife got in the habit of writing him notes. One morning she wrote, “We’re moving today.”

When the man returned home from work, no one was there. He looked in the windows. Everything was gone, and then he remembered … oh yeah, we’ve moved. But he had no idea where.

He sat on the curb and wondered what he should do. It was then that he saw a little girl passing by and he called out, “Little girl, do you know the people who used to live here? Do you know where they moved to?”

Of course we can laugh at that silly story. But the sad truth is you may know some people like that … who are takers … who don’t listen.

You share your heart with a taker and they don’t hear you.  You see a glazed look over their eyes and then they start telling you about their problems.

One word of hope:  Some people are lousy listeners … not because they’re takers … but simply because they’ve never been taught HOW to listen effectively.

That’s why one of the 12 secrets to success taught in my Journey-to-the-Extraordinary program is listening.

Deb Wittenberg, the Manager of Learning & Development for the Digi-Key Corporation, certainly epitomized that secret.  After the Journey I asked Deb what her new definition of success was.  She replied, “It’s all about ‘paying it forward.’ I feel successful when … the way I behaved …the way I spoke … and the way I listened to someone’s concerns … affected another person’s life in such a way that he or she made better, more positive decisions.”

Right now, I invite you to join me for my next Journey program coming to Kansas City on April 19-20, 2018.  We’re down to the last seven seats, but you can still grab the $400 Advance Registration Tuition Scholarship if you register by March 31.  Go to http://attendthejourney.com

You know what I’m talking about.  You’re the one always making the phone call, initiating a lunch date or organizing a party.

You’ve got to decide when enough is enough.

They always want more … even though they give very little in return.

As one parent said, “I’m really concerned. Our kids are getting into so much trouble. I don’t think the day-care center, nursery school, after-school program and babysitters are raising them right.”

If you work in an education setting, you know exactly what I’m talking about.

Takers are seldom satisfied. I see it in organizations all the time.

I see it when a manager gives a performance review and says, “Overall, you’ve done a good job, BUT …”

I see it when a leader tells her organization, “We accomplished our goals this year and that’s great. But that’s nothing compared to what you’ll have to do next year.”

I see it when a father reviews his child’s report card showing 4 A’s and 1 B … and then asks, “How come you got a B?”

All this taking behavior is demoralizing and demotivating. And if it goes on long enough, the recipient thinks, “What’s the use of even trying?”

Maybe that’s how God felt about one grandmother.

As the grandmother and her grandson walked on the beach, enjoying the seagulls and the view, a big wave suddenly came in and took the boy out to sea. She prayed to God, “Please bring him back. I’ll do anything you ask. I’ll buy him things, send him to college, and discipline him more. Just send him back. Whatever you want, God, just send him back.”

Instantly another wave delivered the boy back to the shoreline. She looked down at the boy, looked up to heaven, and said, “Hey, he had a hat.”

Today, I’m advising to watch out for the takers … so they don’t take your time, energy, money, and even your soul.  In next week’s Tuesday Tip I’ll show how to become a giver that’s healthy and effective in every arena in life.

Dr. Zimmerman’s Tuesday Tip, Issue 927 – How to overcome every challenge with the heart of a champion