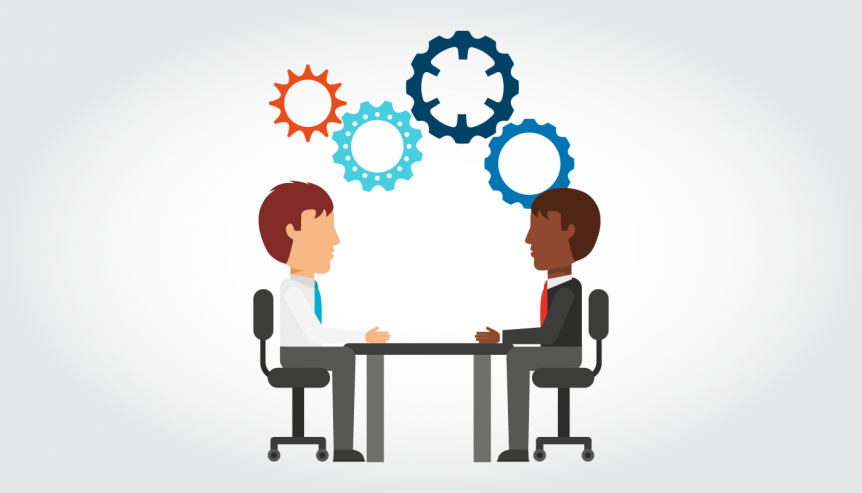 For years I taught an intensive five-day, fifty-hour course in Interpersonal Communication. It would start on a Wednesday run every day, from 2pm until midnight, until the following Sunday. It was a powerful experience and I would put my whole heart and soul into teaching it – doing everything I could to help the participants make quantum leaps forward in their personal and professional development.

Not to brag, but it was a great course. Even now, years later, hardly a month goes by where I don’t hear from some of those students. They keep on telling me how much that course impacted them years ago and how much it continues to affect them in very positive ways.

Because of the power and popularity of that Interpersonal Communication course, there was a three-year waiting list to get into it. Because I could only offer it eight times a year and with a maximum of forty people per class, the backlog of participants kept growing.

Despite the long wait, occasionally people would get into the class who really didn’t want to be there. Perhaps their boss forced them to attend or maybe they saw the class as a quick way to grab some college credits.

Whatever the rationale, if a person didn’t get involved in this highly interactive, hands-on communication immersion, I would get judgmental. I would think, “I’m giving you everything I’ve got. I’m giving my very best. So get with it!”

That’s what I was thinking about Steve.

And then I had a life-changing experience that taught me the danger of “leadership by judgement,” and the contrasting power of understanding. The first lesson I learned … and one perhaps you need to learn … is that

1. You Seldom Have Enough Data to Play God.

I got even more judgmental. In that attitude of judgement, I began to think, “There’s a great big waiting list of people who want to be in this class, so don’t take their spot. Get involved, Steve, or get out!”

I didn’t say any of those things, but that’s what I was thinking — until the fourth day of the five-day class. Steve opened up and made his first comment. When he was back in grade school, he said he was the puniest, weakest kid there. As a result, he was constantly bullied by the other kids.

Steve said he got so sick of being bullied that he began working out on weights, every day for the last 15 years. Unfortunately, his workout regimen kept him so busy and away from people that he never learned any people skills or had any friends.

Suddenly it dawned on me. Steve wasn’t acting cool and aloof. His lack of class participation wasn’t due to some supposed arrogance that I had imagined. For heaven’s sake, Steve was shy.

He had worked hard for years to get his body in shape and he had accomplished that goal. He was coming to the class to learn more about connecting and communicating with people. And he was thinking he could learn that by sitting quietly on the sidelines rather than participating.

Until I understood where he was coming from, I wasn’t very effective as his professor leader. I wasn’t modeling the warmth, acceptance, and encouragement he needed. I had used an attitude of judgement on him, found him lacking, and dismissed him.

What I began to learn that day is that I seldom have enough data to play God and judge someone else.

In fact, I’ve learned that when I take time to learn someone’s story, when I get more information about the other person and his situation, my judgmental attitude almost always decreases. Oh sure, I may not always like what I learn about another person, but invariably, my increased understanding makes a cooperative relationship much more likely.

So my advice to you is simple: exercise caution in judgement but never in understanding. It will quickly and dramatically improve your relationships on and off the job.

It’s one of the lessons I drive home in my keynote and seminar on The Power of Partnership: 7 Keys to Better Relationships and Greater Teamwork.

And once you realize you seldom have enough data to play God,

2. You Can Remind Yourself of the Benefits That Come with Understanding Instead of Judgement.

The first benefit is keeping some valuable relationships intact. I know too many people who have thrown people out of their lives years ago and they don’t even remember the reason why the relationship fell apart. How sad!

By contrast a little understanding can go a long ways in keeping your relationships intact.

I think of one manager who almost lost his best employee by jumping to judgmental conclusions. He noticed that one of his employees habitually left five minutes earlier than she was supposed to. At about 4:50pm, she started to clear her desk, and at 4:55pm she bolted out the door.

This particular manager hated this behavior. In his mind, it was unacceptable and on several occasions he had thought of firing her. What restrained him was the fact that on all other accounts she was an excellent employee.

One day, however, the manager’s resentment built to the point where he simply had to confront her. He called her into his office and told her that her early departures had not gone unnoticed. He asked if she had any explanation.

She said, “Yes, I believe I have. I am a widow with three small children. The woman who cares for them during the day must leave at 5:45. If I catch the 5:00 bus, I get home at 5:45. If I don’t get on that bus, the next bus doesn’t leave until 5:45, and that gets me home at 6:30. I can’t leave three small children unattended for 45 minutes. I didn’t want to tell you because I was afraid I would have to leave my job.”

Of course, the manager was no longer incensed or irritated. He moved from a judgmental conclusion to a fuller understanding. He promptly made special arrangements for her to leave five minutes early each day and make up the time on special occasions.

You see one of the absolute indispensable ingredients for getting along with others is understanding. Without it, human associations go astray. And differences, irritations, separations and conflicts start where understanding stops.

The second benefit that comes with understanding is a lot less stress in your life.

In life you’re going to be exposed to all kinds of people and events like the ones I just described. You’re going to find lots of situations that bug you. It may be the person that interrupts you when speaking, or the person that talks incessantly, loafs a bit, and makes too many mistakes.

If you allow yourself to react spontaneously, automatically jumping to conclusions about these episodes, your life will be filled with anger and frustration. You’ll feel miserable a good portion of the time.

You need to realize that you can’t go through life continually controlling circumstances or people. All you can control is your attitude toward them. And with an attitude of understanding, you will remove a lot of the unpleasantness in your life at the same time you give people what they need and crave.

Make an attitude of greater understanding (and less judgement) one of your goals for the New Year.

Final Thought: If your favorite form of exercise is jumping to conclusions, you’re going to trip up.