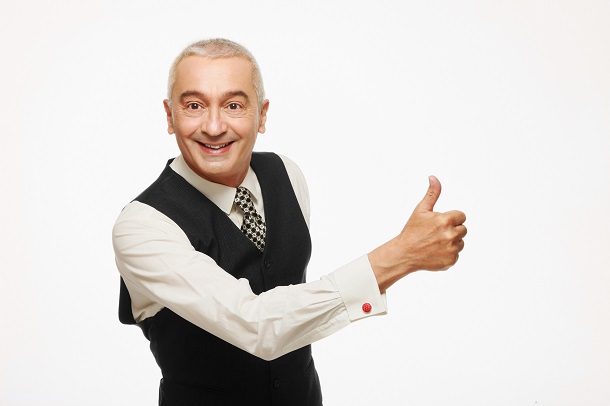 Almost exactly 20 years ago, I published my very first Tuesday Tip and strangely enough, the article was entitled “Integrity Matters. Character Counts.” I thought it was an appropriate message for an election about to take place.

Here we are now, just finishing another presidential election and that Tuesday Tip seems more relevant than ever. After all, we’ve all witnessed a rampant lack of integrity … in so many people … in so many ways … for so very long.

Indeed, when I asked one of my clients, a mental health executive, to comment on the candidates running for state and national offices, I found one of his observations to be both amusing and frightening. He said, “I don’t think they could legally put him in a mental hospital (referring to a particular candidate). On the other hand, if he were already in, I don’t believe they could legally let him out.”

To be more specific, do the following.

Authenticity is the first part of integrity. And it’s the first thing other people want to see in you … not some superficial image you’ve created and tried to project.

In the book Be Your Own Brand: A Breakthrough Formula for Standing Out from The Crowd, McNally and Speak say, “We make the most lasting and vivid impressions when people witness us being true to our beliefs and staying in alignment with who and what we really are. When we summon the courage to be authentic, the effect is powerful.”

So that raises a question. Have you really and truly figured out your beliefs and your values? You have to be absolutely clear about who you are and what you stand for. Because if you don’t stand for something, you’ll fall for anything.

You’ve got to be willing to do what’s right, even when you don’t feel like it. And that can be tough, mighty tough, to do the right thing instead of the easy thing.

Plato knew that thousands of year ago. He taught, “The first and best victory is to conquer self.” He knew it takes years for some people to learn that lesson, while others never learn it.

Take the great golfer Bobby Jones, for example. He was winning golf tournaments by the age of 12. But he had a temper … and his nickname was “club-thrower.” An older gentleman called Grandpa Bart recognized Jones’ talent and his character issues. He said, “Bobby, you’re good enough to win, but you’ll never win big until you conquer that temper of yours.”

If you are serious about building your integrity, look for an opportunity to say “no” to yourself every day in some SMALL area. Try it. You’ll be surprised how hard it is.

Don’t pass the buck. And don’t blame anybody else or anything else IF you are indeed responsible.

Of course, that goes against human nature. Almost everybody wants to avoid the punishment that comes with doing something wrong … so they “naturally” deny responsibility. They protest, “I didn’t do it!” even when the evidence proves otherwise.

The problem is … when you don’t admit to your mistakes … it leads to bigger issues in the workplace, on the home front, and across the nation. The blame game becomes a habit. Productivity suffers as people spend more time covering themselves than actually doing their jobs. And unethical behavior grows until it becomes the main issue while every other issue is pushed aside.

Instead, I urge you to do the “unnatural” thing. Admit your mistakes. Take responsibility. Stop worrying about what other people think of you. Ultimately, they’ll respect you more for admitting a mistake than blaming someone else for it.

The one-time slave and world-famous educator George Washington Carver knew that. He said, “Ninety-five percent of failures come from people who have the habit of making excuses.” So don’t make excuses. Just accept responsibility.

A promise is a promise. Period. It doesn’t matter if you no longer “feel” like doing what you said you were going to do. Unless all h­_ll breaks out, if you’re going to be a person of integrity, you have to keep your word. You have to follow through on every promise you make.

As one person put it,

Sounds simple, doesn’t it? Doing what is right. But many people don’t know what that means. They’ll say there are lots of definitions of “right” and they’re all “right.”

Others will say there’s no such thing as “right or wrong” and “good or bad”. That allows them to justify anything and everything.

But I refer back to Dr. Martin Luther King Jr. who I quoted earlier. He said, “The time is always right to do what is right.” In other words, not everything is right, no matter how much you might want to do it.

Whatever the ripple effects might be from our recent election, we can all be thankful for the freedoms we have … as long as those freedoms are handled with integrity. I think politician John G. Diefenbaker said it best many years ago. He proclaimed, “Freedom is the right to be wrong; not the right to do wrong.”