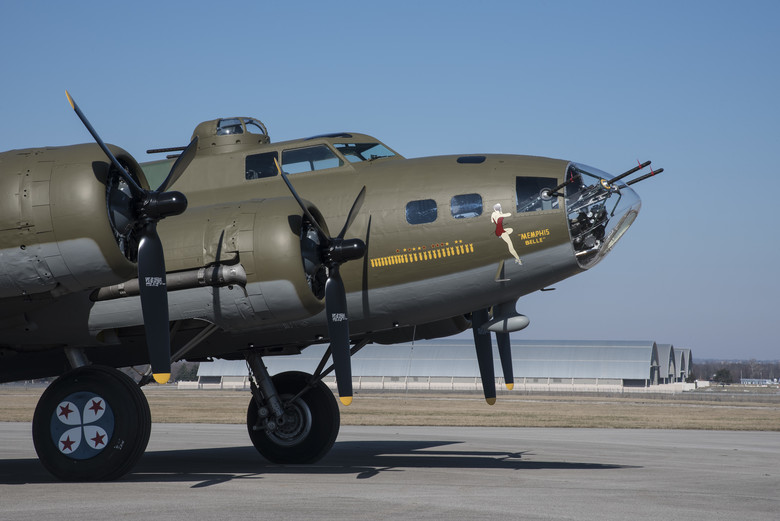 You also have me as a resource. I’m not a medical doctor, but I am a doctor of communication and psychology, and both of those things are even bigger issues than ever before during this pandemic.

If you’d like to call or email me, I will respond and help in any way I can. And indeed, I connected with many of you in the last week. I’m available. No strings attached.

Things are bad out there … physically and economically. As the health crisis goes up, the economy goes down.

But we are NOT without hope. And we are NOT helpless victims in a world-wide tragedy. Because there a lot of things we can do and have to do to make things better.

One is self-quarantine or self-containment, as many of us are doing these days. That will make a difference in fighting this virus. But that’s not enough.

► 1. Self-contain your negative emotions and attitudes.

I learned that lesson from a World War II pilot, Bernard Brunsting, whose job it was to fly a B-17. It was winter, the skies were overcast, and the fog and rain made flying extremely difficult.

In a very sad way, Karl Wallenda taught us that. Back in the 1960’s, the flying Wallendas were seen as the finest circus act in the world. They took the art of tightrope walking to the great extreme and the very dangerous. But Karl Wallenda loved it so much, in 1968 he said, “walking the tightrope is living. Everything else is working.”

His wife noted that never once in all his life, in his entire career did Karl even think about falling. But in Puerto Rico, with his rope stretched between two skyscrapers, and with thousands of people watching, Karl fell to the pavement and his death.

His wife later said that for the last three months of his life, Karl had been concerned about only one thing — falling. He never thought of it before, but now that was all he thought about.

So be very careful when you say you’re worried about your finances, your marriage, your job, or whatever. You want to be careful that you don’t draw those negative outcomes towards you.

I can help you through that. Join me on April 9, 2020 for my live webinar on Tough Times Never Last but Tough People Do. It may very well be the most important 60 minutes you spend in the next few weeks.

Again, this is something you do for yourself in the midst of this crisis. The government can’t do this for you and neither can the medical experts. Up your own optimism.

I’m not saying that a positive attitude will stop this virus from spreading, so don’t send me any nasty emails, please. But I am saying that optimism can help in many ways.

Of course, I’m not a physician. I’m not that kind of doctor. But I have the privilege of working with some of the finest doctors in the world when I speak at the Mayo Clinic. My programs focus more on the mind, and they focus more on the body, but we see the definite connection between the two.

Attitudes have a definite biochemical effect on the body. An attitude of defeat or panic constricts the blood vessels and has a debilitating effect on the entire endocrine system. By contrast, an attitude of confidence and determination activates benevolent, therapeutic secretions in the brain.

One lady in one of my audiences did that. I met Betty at a school district where I was speaking. She told me how bleak, how depressed she felt when she was diagnosed with cancer for the third time.

But then she decided to live. She decided to act with optimism. She told me she decided to sing, to really sing. She sang upbeat songs for an hour each day before she went to school, even though she didn’t feel like singing. She said somehow or other, she began to feel better. She kept it up. And with sparkling eyes and an infectious smile, she said, “I sang the cancer away.”

Once more, this is a do-it-yourself task that will help you through this crisis.

Instead of saying “There’s nothing I can do about this mess,” affirm your hope in the future. Talk to yourself positively. Affirm good outcomes.

Terry Waite, who spent 1763 days as a hostage in Lebanon during the 1990’s, talked about that. He said, “To be in solitary confinement is not easy. I was helped by faith. I could say in the face of my captors, you have the power to touch my mind, the power to break my body, but MY SOUL IS NOT YOURS TO POSSESS.”

Terry said that simple affirmation “enabled me to maintain hope.” He went on to say, “And if in situations of difficulty, you can maintain hope, you can survive.”

I don’t have a crystal ball. I don’t know how long our current world-wide pandemic will last. But I’m quite certain it won’t be 1763 days or 4 years and 10 months like Terry’s captivity. Still we all need to remember Terry’s admonition … maintain hope and we will survive!

SPECIAL INVITATION April 3rd: This will only apply to a few of you. But just in case you’re interested in developing a speaking, consulting or coaching career, I will be delivering an on-line seminar on April 3, 2020 from 1:00 to 3:30 p.m. ET that outlines how that is done, step by step. I will be speaking to the Florida Speaker Association, but you’re welcome to listen in.