“Communication is a skill that you can learn. It’s like riding a bicycle or typing. If you’re willing to work at it, you can rapidly improve the quality of every part of your life.”
Brian Tracy, personal development expert 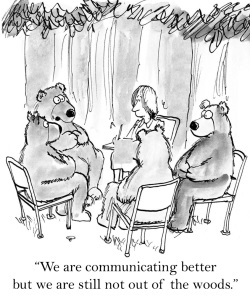 Back in the 1950’s at the University of California-Berkeley, 80 science Ph.D. students underwent a battery of personality tests, IQ tests, and interviews to understand their strengths and weaknesses. 40 years later, another study was taken to see how successful those 80 professionals had become … checking such things as their resumes, evaluations by experts in their own fields, and sources like “American Men and Women of Science”. The research concluded that the social and emotional abilities of these 80 scientists were four times more important than their IQ’s in establishing their professional success and prestige. In other words, their relationship skills were more important their mental skills.

In 1996, in a publication entitled “Successful Intelligence,” R. Sternberg indicated that your IQ contributes about 20% to your overall success in life. The rest of your success depends on your “emotional intelligence” or relationship skills.

My reaction? Wow! Relationship skills are at the very core of success, and yet chances are you had no … that’s right, NO … classes in elementary school, middle school, high school, college, or graduate school on “Making Relationships Work.” So it’s no wonder that the number one complaint on almost every organizational employee survey lists “communication” as the number one problem or complaint. And it’s no wonder that more than half the personal relationships in this and many other countries fail.

I guess I shouldn’t complain. All these “relationship” and “communication” problems make my keynote and seminar on “The Partnership Payoff: 7 Keys To Better Relationships And Greater Teamwork” a national best seller. Check it out or give me a call if you’d like to talk about bringing this program to your next meeting.

Until then, there are some things you can do to improve your personal and professional relationships right now.

1. Take an assessment of your relationship skills.

You see … most people believe they are good communicators and everyone else has a problem. Well, that’s pretty silly, but that’s what the research tells us.

Perhaps it’s time to get honest with yourself. I suggest you take the assessment by my colleague Arnold Sanow. He’s created what he calls the “Your Get-Along IQ.” He suggests you assess yourself and then have some other team members take the same assessment on you. The results can be eye-opening.

Go ahead and do it right now. Rate yourself on a scale of 1 to 5 on the statements below:

How often do you …

____ Listen to others attentively, even when you disagree?
____ Boost good feelings in others?
____ Project a positive presence?
____ Express a positive attitude even when it’s difficult?
____ Give people credit for their ideas?
____ Resolve conflicts with diplomacy?
____ Treat others with respect even when you find it challenging to do so?
____ Honor differences of opinion and keep an open mind?
____ Act as a catalyst to help others get what they want?
____ Accept responsibility for a mistake you’ve contributed to or caused?
____ Adapt how you communicate in order to be most effective in relating to the needs of others?
____ Seek to understand how others see a situation?
____ Provide ample opportunity for people to air their grievances or concerns?
____ Give feedback tactfully and receive it willingly?
____ Work to find the best possible solutions for all parties involved when disputes arise?
____ Model the same behaviors you want others to express?
____ Master your emotions when angry or frustrated?
____ Seek to respond to what others want or need?
____ Create a sense of safety and openness?
____ Keep current as to what’s important and valued by others in every arena of your life?
____ Act in ways that make people feel valued?
____ Drop any need to be right?
____ Let go of grudges?
____ Keep your commitments or promises?
____ Communicate respect in everything you say and do?

To score yourself, add up your points. And to interpret your scores, Sanow says, if you have a score of:
110-125: You’re a Get-Along guru!
90-109: You’re using some excellent connection strategies, but you’re missing some important connecting cues.
76-89: Being responsive to others is music to their ears! Explore more ways to connect to what others want, need or value.
75-25: Pump up your Get-Along power! You may find yourself often frustrated from misunderstandings, disappointments and missed connection opportunities.

If you don’t like the score you give yourself or others give you, admit it. Get honest with yourself. You’ve got some work to do. And start doing it.

2. Communicate with others in the way THEY would like you to communicate.

So what’s the answer? Put the other person … your coworker, customer, or family member … at the center of the interaction. Think before you speak. Think about the other person and how THEY would like you to communicate with them. Directly, to the point, in generalities or specifics, with facts or illustrations, or whatever. Adjust your normal, no-thought approach to sharing your ideas to fit with the way the other person is most likely to understand and even accept your point of view.

And please, don’t ever say, “I just say it the way I see it. Take it or leave it. If they don’t like it, that’s their problem.” No it isn’t. It’s your problem. If you take that approach, you are NOT emotionally intelligent; you are emotionally ignorant at best. And chances are, your relationships will not be as good as they could be.

Finally, for today’s purposes, before you book my program on “The Partnership Payoff” or attend my “Journey to the Extraordinary” program, it never hurts to…

3. Add a spiritual foundation to your relationships.

Now don’t get all bent out of shape when I use the word “spiritual.” I know it’s not politically correct to ever mention the word “spiritual.” But I’m not talking about a particular religion or trying to convert you to anything. I’m simply saying there’s power in the “spiritual” or “faith” dimension of life that you may not be tapping into.

That became obvious to me when I was speaking at Abbott Laboratories, one of the oldest and finest pharmaceutical companies around. They gave me a copy of their “Technology Futures Report.” In it, they quoted “Psychosomatic Medicine 1995,” saying, “A study of 232 patients at Dartmouth Medical School found that elderly heart patients were 14 times less likely to die following surgery if they found strength and comfort in their religious FAITH.”

If you don’t know where to start with this “spiritual stuff” and how to add it to your relationships, try this prayer … a “Prayer For Spiritual Partnership” by the Anonymous Author.

“Lord, help me to see my beloved as you do.
Help me to look with eyes of grace
and hear with humility.
Please give us your wisdom
to see our life together from the wide perspective
of heaven
instead of from our small lens
smeared by petty
grievances and complaints.
Help us to join in partnership with you and your
goals for our lives
so we can be part of your plan of love for this
world.
Help us to be a team that encourages our family
and those we meet and work with every day.
Help us be part of our solution for every life we
touch.
And help us to touch each other’s life
with the same care you would use.
Amen.”

What is your “Get-Along” score? What are two things you can and will do to improve your score?