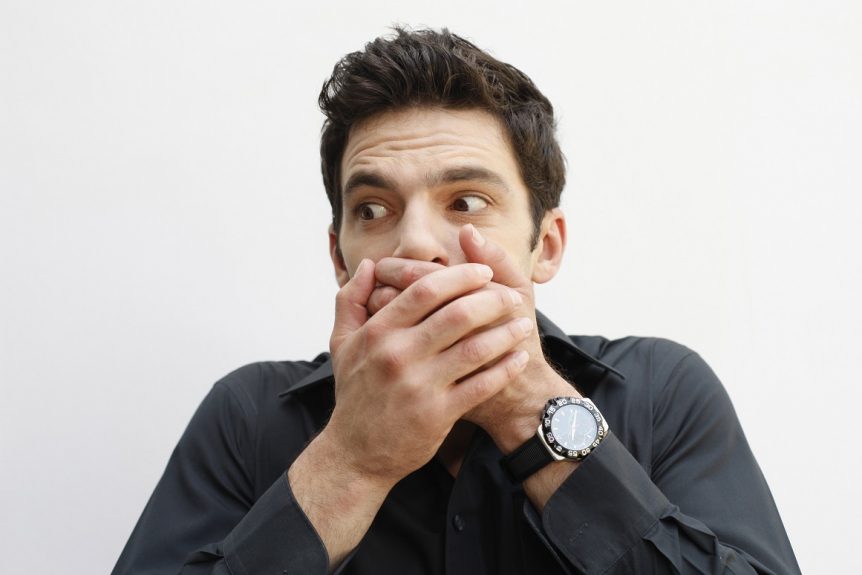 Indeed, rudeness, crudeness, and disrespect are flourishing.  And in some cases, disrespect is esteemed as a sign of cleverness or assertiveness.

Nothing could be further from the truth. Disrespect is still as dehumanizing and inappropriate as ever. And disrespect is almost always ineffective when it comes to resolving a conflict.

So what can you do or should you do to resolve a conflict more respectfully?  I think you’ll find several of these tips especially helpful as we move through the holiday season.  After all, you’re bound to be with some people that may not be easy to like or get along with.

First things first.  Make sure you resist the very tempting, almost overwhelming, desire to fight fire with fire … when you hear someone say something or see someone do something that rubs you the wrong way.

I remember one woman who talked about a light bulb going out in her ten-foot high kitchen ceiling. All week she mentioned the problem to her husband. She even tucked a flashlight under her chin while doing dishes to give him a hint. Finally she yelled, “Why haven’t you replaced the bulb?” He said, “You didn’t ask me.”

It’s one thing that CEO Jim Kaloutas and his team learned when they attended my Journey-to-the-Extraordinary program.  Jim says, “What have we accomplished as a result of this program?  A stronger work environment filled with positive people!!!”

Sarcasm makes the other person the butt of your jokes and the object of your scorn. It puts him down instead of lifting him up.  And it will only make your conflict more difficult to resolve.

Just last night, for example, as I was looking for something to watch on TV, I heard one character in a program tell another, “I’ll try being nicer if you’ll try being smarter.”

Flipping through the channels I heard numerous examples of sarcasm.  One man said, “I don’t have an attitude problem. You have a perception problem.”

Some of the commercials are just as bad.  One ad for a plumbing company said, “Don’t sleep with a drip. Call your plumber.”

Refuse to use sarcasm, no matter how clever you sound or how much you want to say it. Sarcasm may be okay for the sitcoms and the occasional laugh, but just remember, sitcoms aren’t reality. In the world you and I live in, sarcasm only makes things worse.

Even when the other person doesn’t deserve it, even if the discussion is not going well, continue to behave respectfully. Speak with decorum no matter how angry or frustrated you are.  Not only will you feel good about yourself afterwards, but it also works most of the time.

Paul Tranovich, a Regional Account Manager for GSA, can testify to that.  He says, “Thank you again for your ‘Journey-to-the-Extraordinary’ experience.  It was great, and I learned so very much.   Especially the self-affirmations.  I have been telling myself, since the first day of the ‘Journey,’ that I am a very patient father.  I used to yell right off the bat, without talking or discussing anything first.  Now I’m talking and working out problems with myself and my children without blowing up.  It is bringing us closer every day.  THANK YOU!”

It won’t be easy.  You will be tempted to respond to someone’s rude behavior with some of your own.

It’s like the fellow who was seated in the movie theatre when a woman wanted to be seated in his row also. The man stood up so she could get through, but she stepped on his foot.

The man screamed in pain and said, “Why don’t you look where you’re going?”

The woman turned on him. “Why don’t you,” she huffed, “put that foot of yours where it belongs?”

In most conflict situations, it’s very easy to get sucked into an argument as to who’s right and who’s wrong.  Don’t do it.  It doesn’t work. Oftentimes, both parties are “right”.

Instead of wasting your energy on who’s right, work towards understanding. And one of the best ways to do that is to use the three magical words, “Help me understand.” Those words will help the two of you move closer to resolution.

It’s almost Christmas.  You can make it merrier by handling any conflict that comes your way with more respect and less hurt.