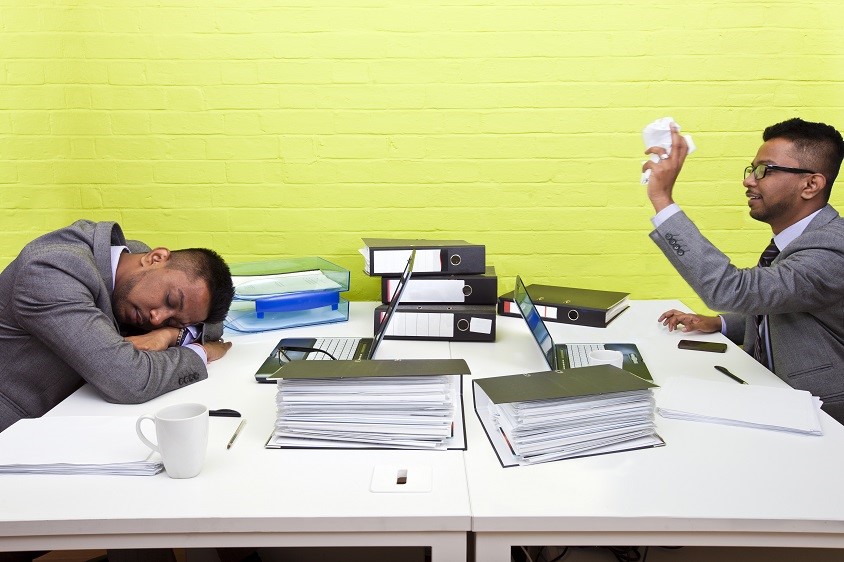 In 1994, I remember watching Jim Carrey and Jeff Daniels in their movie, Dumb and Dumber, and thinking this is really stupid. Why am I wasting my time watching something so idiotic? Perhaps you felt the same way.

But that did not stop the movie from making lots of money. So much so that the sequel called, Dumb and Dumber To, came out ten years later.

Then it hit me. I used to be just as dumb as the characters in that movie. I tried to build the best possible life, career, and relationships without first building a solid foundation. I never took the time to discover or clarify my purpose in all those endeavors.

And that was stupid. Because the research from Ben Angel, published in Entrepreneurs Network, clearly showed that people with a strong sense of purpose achieved their goals 70% of the time more often than those who didn’t. They were also 31% less likely to be afraid of failing, 23% less likely to doubt themselves, and 23% less likely to procrastinate.

Over the years, I’ve learned that if you discover, clarify, and apply your own unique purpose, you have everything to gain and nothing to lose. Among other things, you will get the following gifts when you have a purpose-driven life.

It may not be what you think it is.

When I think of discipline, my first thought was how the principal punished me when I stole a few school supplies from the 6th grade supply room. Or the punishment I received from my Dad when I talked back one too many times.

In reality, discipline is the ability to control attention, emotion, and actions in the presence of distractions. I was distracted by getting something for nothing when I stole the supplies. And I was distracted by my out-of-control emotions when I disrespected my father.

Unfortunately, without discipline, you will never reach anywhere near your potential in life, work, or relationships. So you must ask yourself: How disciplined am I? Am I laser focused? Or am I too easily distracted?

You must also ask yourself how can I become more disciplined? It starts with your purpose.

As I tell my audiences and coaching clients, “Spectacular achievement is preceded by unspectacular preparation.” In other words, discovering your purpose and writing out your purpose statement might not sound all that exciting, but the results certainly are.

For a little practice, pick one good thing that needs to be done … something you don’t feel like doing … and make yourself spend ten minutes on that task every day. I don’t care how lazy you are or how big of a wimp you are; you can still make yourself spend ten minutes on that activity. Over a period of time, you will strengthen your discipline muscle.

Whereas discipline is all about focus, determination is the relentless pursuit of a major goal regardless of setbacks and failures. It’s the second gift that purpose gives you … more determination.

As one person, lacking in purpose and determination, said, “If laziness were an Olympic discipline, I’d want to finish 4th so I wouldn’t have to climb the medals podium.”

By contrast, another guy learned the power of purpose while he was sitting at home and heard a knock at the door. He opened the door and saw a snail on the porch. He picked up the snail and threw it as far as he could. Three years later, there was a knock on the door. He opened it and saw the same snail. The snail said, “What was that all about?”

Tommy Lasorda, the well-known baseball manager, who passed away last month, constantly emphasized how purpose and determination go together. He said, “The difference between the impossible and the possible lies in a person’s determination.”

Two of my former students, Scott Anderson and Chip Kudrle researched the impact of purpose on sales. They found that 92% of salespeople give up after the 4th “no,” but 60% of customers say “no” four times before saying “yes.”

However, the determined, purpose-driven salesperson, or any person for that matter, keeps on trying despite the rejections, difficulties and obstacles. And if need be, they keep on trying different approaches until they achieve their goals.

How determined are you? If you have some room for improvement, my guess is your purpose also needs some refining.

Going a step further, purpose also gives you courage. Anderson and Kudrle say that highly successful people step outside of their comfort zones, bend the rules when necessary, and take a calculated risk to achieve their goals … which is the very definition of courage.

A man explained how he did that when he appeared before St. Peter at the pearly gates. St. Peter asked him, “Have you ever done anything of particular merit?”

“Well, I can think of one thing,” the man offers. “On a trip to the Black Hills, out in South Dakota, I came upon a gang of macho bikers who were threatening a young woman. I directed them to leave her alone, but they wouldn’t listen. So I approached the largest and most heavily tattooed biker and smacked him on the head, kicked his bike over, ripped out his nose ring and threw it on the ground, and told him, ‘Leave her alone now or you’ll answer to me.'”

Of course, that’s a silly story. On the serious side, to be a highly effective person or professional, you’ve got to have a measure of courage. And fortunately, purpose and courage go together. That’s why legendary management guru Peter Drucker says, “In every success story, you find someone who has made a courageous decision.”

Bottom line, the difference between a successful person and a failure may not be the amount of talent that each person has or which one has better ideas. Most of the time, the more successful people have a clearly defined purpose that gives them the courage to bet on their ideas, take a calculated risk, and act.

What about you? Do you have enough courage to create the life, work, and relationships you want?

If you need to increase your courage, join my webinar on How to Clarify YOUR Purpose for a More Meaningful Life on February 17, 2021 from 4:00 to 5:00 pm Eastern Time.