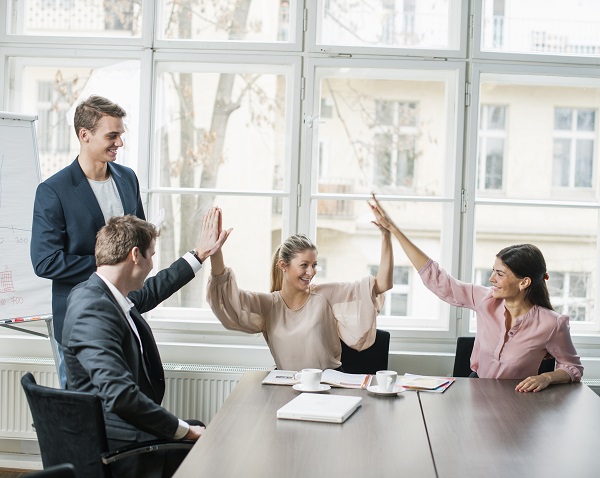 It’s one more repercussion of the pandemic that is worrying almost every business. How can they possibly keep the employees they have … or get their employees to come back to work … or attract new hires?

If you are an employer, you know that it is harder than ever to retain and motivate employees. Indeed, the latest research shows that more than 40 percent of employees are thinking about quitting.

That doesn’t necessarily mean that you’re a horrible company or an awful boss to work for. It does mean, however, that during the pandemic, when millions of people sat home and worked virtually, they had a huge amount of time to think. And a lot of them were thinking, “My job … working in an office … commuting to a building … being around lots of people who might be contagious? Is this what I want to be doing with my life?”

The answer for many is “no.” According to my esteemed colleague and fellow researcher Collette Carlson, they’ve taken on The YOLO Mentality: You only live once. They’re wondering if there isn’t more to life than a paycheck and benefits.

So what can you do if you see job turnover reports that are frightening? Carlson wisely responds by saying, “Retaining or hiring employees are not necessarily a money or benefits issues … It’s a mindset.” I would add it’s also a communication issue.

This is what is working for many of our clients to keep their employees and keep them happy.

We live in a world that is more connected but less engaged than ever. And there’s a huge difference between the two.

Most people are on one or several social platforms to stay connected to people they know and hundreds of others. Yet those same people may not know the names, faces, or details of several people on their work teams or the people who live across the hallway or down the street from them.

Connection and engagement are not the same thing at all. While our companies and our country tried to ramp up connections in our pandemic, virtual-everything environment, engagement actually declined. Just about everybody talked about all the other things they were doing (like washing the dishes or shopping on Amazon) when they were supposed to be totally engaged in some virtual meeting.

The pandemic changed and destroyed a lot of what we considered normal in our society. But the one thing that didn’t change was the inherent human need for genuine engagement. The need for High Touch still exists in our High-Tech culture. It’s in our DNA.

Edward Reede, one of my Tuesday Tip subscribers, reminded me of that when he shared a story about his father, Dr. Hal Reede, and Mr. Endicott Johnson.

As Edward Reede told me, “At the gate of the plant, an old man met Dad, shook his hand, and asked what business he had there. After Dad explained who he was and that he was there to perform a labor audit at the request of a union, the old man introduced himself simply as Johnson, and personally conducted Dad on a tour of the plant.”

Johnson introduced Dr. Reede to about 5000 employees — by name — and asked each of them how their spouses and children were doing — by name. During the tour, Johnson heard about one employee’s son who had just broken his arm. Johnson took out his own wallet and forced the man to accept money for medical bills they both knew were coming. Johnson was more than a boss; he was a caring friend to each of the workers.

Upon returning home, Dr. Reede reported to the union that the union “had never recruited a worker at EJ and never would while Johnson lived!” And his son Edward told me that the meeting between his father and Mr. Johnson “was one of the happiest labor incidents of Dad’s life. In more than 50 years of research and teaching economics, there were only a few people Dad remembered as fondly as old Mr. Johnson.”

You might dismiss this story as old fashioned. Not at all. The most successful companies … the companies who are keeping their employees and their customers … and keeping them happy … are using similar engagement techniques today. Read point #3 below.

And talking about happiness and success, whenever you see it in someone else or experience it yourself, you can be certain that it is deeply connected to an underlying positive attitude. Of course, everyone knows you should have a positive attitude, but the more important question is how. How do you get and keep a positive attitude, no matter what? And how can you use that attitude to make sure you always get the best outcomes?

Join my new live webinar called the 11 Secrets of a Positive Attitude that Win Every Time. It will be one hour in length, starting at 3:00 pm ET on August 26.

Yeah, I know we’re all busy, but if you really want to keep your employees and customers, and if you want to keep them happy, there is no substitute for communication. Lots of it.

Take The Solomon Foundation, for example, which is one of the largest church-extension funds in the country. They lend money to churches who want to expand their facilities and ministries.

CEO Doug Crozier takes time to greet every employee whenever he’s in the office. He actually takes the time to get to know them and what’s going on in their lives.

Is your CEO and your various leaders doing the same thing? If not, I would advise them to consider it.

Doug also holds a Zoom call every week with all the pastors whose churches are borrowing money from The Solomon Foundation. He gives them the latest information, checks on how they’re doing personally and professionally, and provides whatever resources they need to succeed in their work. He makes sure they have all the leadership development training they need so they and their churches grow in every way.

That blows me away. I can’t think of another banking institution anywhere that calls their borrowers on a weekly basis and gives them success-ensuring leadership development. And the results are off the charts with church growth in the double and triple digits in a matter of months.

Going even further, CEO Doug Crozier holds a monthly Zoom call with the investors in The Solomon Foundation where the bank’s financials are totally open for review and discussion. No secrets. Everyone is invited to ask the CEO any question whatsoever, no holds barred. And if more time is needed or more questions come up later, Doug gives out his personal cell phone number so anyone can call him at any time. Does that build trust and keep the investors loyal and happy? You bet!

Again, how well are you or your leaders doing on this issue of communication?

Yes “Now Hiring” signs are proliferating the roads and Internet. But there is plenty you can do to keep your employees or get the employees you want.