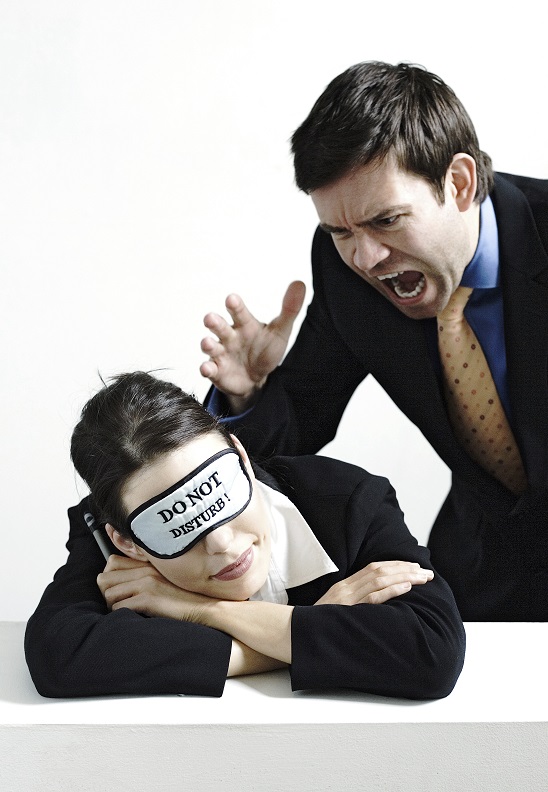 We’re at the boiling point in many families, many companies, and in many nations. There has never been a time in history when there has been MORE communication but LESS connection.

And if you’ve watched any TV news, listened to any talk radio, or read any social media posts lately, you’re probably shocked by the rudeness, ignorance, disrespect, hypocrisy, threats, putdowns, and name-calling that has almost become the norm rather than the exception.

“If the facts are against you, argue the law.

If the law is against you, argue the facts.

If the law and the facts are against you, pound the table and yell like hell”

If you’re around difficult people or are getting sick of their communication style and behavior, here are a few things you can do to keep your cool.

Words make a huge difference. When you talk about “we” and “us,” you’re encouraging cooperation and reinforcing inclusion. You’re saying, in effect, “We’re connected. We’re in this together.”

Just the opposite happens if you have too many “I’s” and “you’s” in your conversation. Your communication focuses on your differences. It focuses on areas of disagreement, dissent, and disapproval.

And the same criticism can be and should be leveled at Congress. As Iaccoca went on to ask, “Ever notice that the members of Congress call those who agree with them ‘constituents’ and all those who disagree with them ‘special interests’?” It’s outrageous, and it’s destructive.”

The same goes for your communication at work or at home. Whenever you use or overuse “I” and “you” language, you create a disconnect. Start using more “we” and “us” to connect with other people.

Just as important as the words that come out of your mouth are the words you say in your head … because you will never rise above your own self-talk. It’s one the practices you will learn at my live, virtual Champion Edge Master Class starting on September 3rd. Register now for one of the few remaining seats.

Robert Anderson says in his book, Solitaire and Double Solitaire, “In every marriage more than a week old, there are grounds for divorce. The trick is to find, and continue to find, grounds for your marriage.”

The same “trick” is to find grounds for continuing your friendships, your team, and even our country. Remind yourself that it’s more important to have a working relationship than demand you have everything your way and a non-existent relationship.

► 3. Understand rather than judge those who think they’re always right.

I’m sure you know some people who always think they’re right. You even see them on the news every night. But you need to realize one thing: A person who never changes his mind is either stubborn or stupid.

You need to understand what’s driving them. You may think that a person who stubbornly refuses to change his mind must be a mighty strong person. Not so. Stubbornness is often a sign of insecurity.

A secure person, on the other hand, knows he doesn’t know everything. He knows there is always more to learn and there is always two ways of seeing things. That insight gives him the strength to change his mind when new information suggests a change of mind would be appropriate.

It’s like the two monks on a journey. As they approached a river, they saw a woman standing at the river’s edge, unable to cross. Despite the fact they had taken vows never to touch a woman, one of the monks put the woman on his shoulder and carried her across the river.

When they reached the other side and continued their journey, the critical monk lashed out at the other for breaking his vows. He went on and on, criticizing his travel companion, until finally the helpful monk said, “Brother, I set her down at the river’s edge. You’re still carrying her.” One monk had let go, but the other had not.

► 4. Don’t spend too much time responding to habitual critics.

That doesn’t mean you should shut out all negative feedback. If you did that you would never grow. If a critic has the right intentions, by all means listen to what he or she has to say. Abraham Lincoln said, “He has a right to criticize who has a heart to help.”

Just don’t spend too much time and energy on the habitual critics. I learned that when I first started to write these Tuesday Tips.

Even though these Tips are read by more than 50,000 people across the world every week, and even though the positive feedback has been overwhelming, I’ll never forget one habitual critic. He sent me several long, highly negative e-mails.

I sat down at my computer to reply to one of his many critical letters. I really worked on my reply. I wrote and rewrote my comments. For more than an hour I carefully reworked my letter to give the kindest, most professional response I could. And I still wasn’t satisfied with my response.

Then it dawned on me. I never spent an entire hour writing a letter to my parents, two of the most important people in the world to me. They sacrificed everything they had in life to make sure I had upright values, a solid education, and a chance to be more successful than they were. They never went to fancy restaurants, bought new cars, or shopped at the expensive stores. They always put my needs ahead of their wants.

It hit me. I had not spent that much time writing to two of the dearest people I know. And here I was sweating over how to respond to a habitual critic. I realized I was a fool. I threw away the letter and went on to some higher priorities.